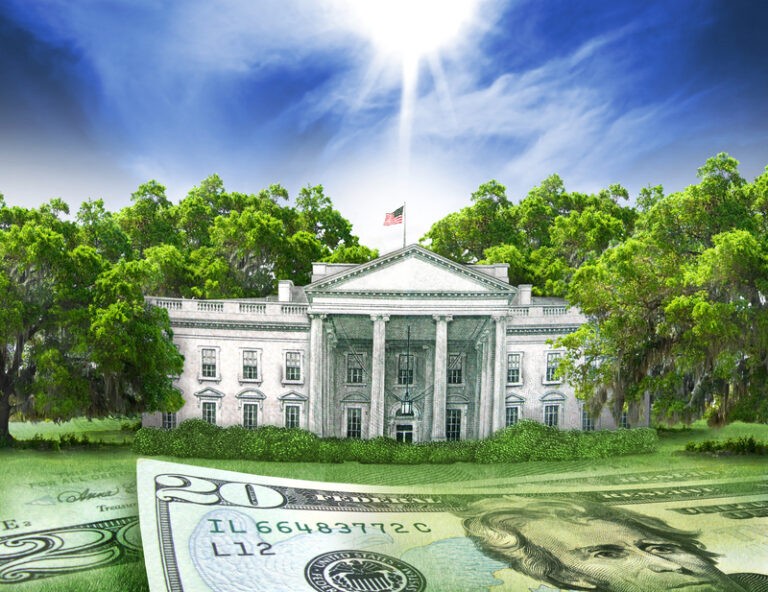 Two weeks ago, on a Friday like the government does when they don’t want people paying attention, the White House released their plan to implement the Great Reset on the American people. I’ve been warning about what is coming with the Great Reset for nearly a year now and the White House is now openly advocating for it. Remember, “By the year 2030, you’ll own nothing and you’ll like it” according to the World Economic Forum.

The White House released a report titled “Biden Administration Roadmap to Build an Economy Resilient to Climate Change Impacts” on whitehouse.gov. This report is a “comprehensive government-wide strategy to measure, disclose, manage and mitigate the systemic risks climate change poses to American families, businesses, and the economy”. The report claims that “Climate change poses a systemic risk to our economy and our financial system, and we must take decisive action to mitigate its impacts.” Because they believe that the banks aren’t doing enough to fight climate change, the government will now push financial institutions to pressure anyone who isn’t complying to their version of whatever they deem need to be done to fight climate change.

The report mentions that there will be a report coming from the Financial Stability Oversight Council (FSOC) that will “kick off the first step in a robust process of U.S. financial regulators developing the capacity and analytical tools to mitigate climate-related financial risks” and that the proposed rule would “require agencies to consider a supplier’s greenhouse gas emissions when making procurement decisions and to give preference to bids from companies with lower greenhouse gas emissions. As part of this work, the FAR Council published this week an Advanced Notice of Proposed Rulemaking to gather information to help major Federal agency procurements minimize the risk of climate change.”

In the report, the White House mentions a rule in France called “Comply or Explain”. This rule outlines how each bank needs to provide a full accounting report disclosing all of their ESG measures and if they don’t they will feel the pain for not complying. Businesses will now have to “justify” their business licenses if they don’t comply with these standards.

This is going to effect every area of your life from meat prices to oil prices. It’s not incompetence. They are intentionally driving the cost of meat up so much to the point where it’s going to become a luxury item. They want to make meat so expensive that you just stop buying it. They are going to make it so expensive to own a car that either you won’t own a car or you will own a “green” car. You could even lose your retirement account if the manager of the account doesn’t comply to these new government standards. You are going to be forced into this system whether you like it or not.

If the Veterans Association (VA) lending banks don’t comply with these new ESG scores, veterans will even lose their housing. That’s how evil these people are.

The White House knows that Americans wouldn’t be on board with this, which is why they released on a Friday afternoon when no one is paying attention and why the President never gave a primetime address like would normally happen with something this big. But they don’t care. They have an agenda and they will beat you into submission if they have to. You must prepare for what is coming.

For more on the Great Reset, check out: