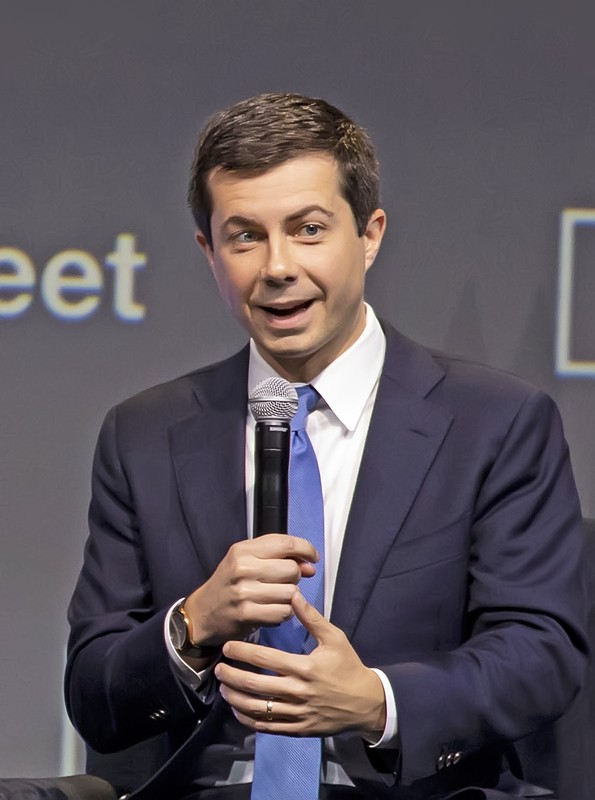 I have been warning for 18 months now that you are never going back to normal. You can not shut the economy down for months like we did at the beginning of the virus and then expect to just turn everything back on and not expect supply chain issues. I have also been warning now for nearly a year about what is coming with the Great Reset. (I have now done 16 articles on the Great Reset and all of those articles are still available at Mikulawire.com. Click on the Great Reset tab at the top of the homepage to find all of them).

US Transportation Secretary Pete Buttigieg has now admitted what many of us “right wing conspiracy theorists” have been claiming from the very beginning. You are never going back to normal. Buttigieg recently admitted to Bloomberg that it’s going to take “years and years” for the supply chain to get back to normal. The part that most don’t realize is that this is all by design.

President Biden recently announced that the US government is going to start getting involved in the ports to make sure that they start to run right and to help with the supply chain issues. When was the last time the government got involved in something and it ran effectively? What has this administration fixed in the last 10 months?

President Biden is now also starting to demonize American oil companies and now telling them that they need to just lower the price. How? How do you expect oil companies to just lower the price when you aren’t allowing them to drill and making it more and more difficult for any fossil fuel company to operate? It’s because they need an excuse to create a public-private partnership where they will get to claim that we still have a private sector economy but will be running everything behind the scenes. By the way, Hugo Chavez tried this in Venezuela and that was the death nail to their economy.

There’s another piece to what is currently happening with energy and that is they aren’t able to get investment dollars because the big banks aren’t loaning money. That is because of what the federal government is working on with ESG scores. Any company that does business with a company such as an oil company, is going to see a reduction in their ESG score.

If the government really wanted to fix the problem, they would get out of the way and stay out of the way. Every single time the government gets involved in something, the issue gets worse and it’s run even more inefficiently than it was before. Normally this is just incompetence and I use to think the Biden administration was just incompetent., but this is by design. They are trying to bring about the Great Reset which means you need to collapse the old system.

One of the biggest pieces of the Great Reset is creating public-private partnerships between the government and the private sector, where the government dictates what can be produced and what the prices are for goods or services. The government will dictate what you drive, where you go, what you spend your money on, what you own (which according to the World Economic Forum, “By 2030, you’ll own nothing and you’ll like it”). And yes, “you’ll like it” was meant to be threatening.

How are they going to force you to give up your private property? 1. Prevent you from getting a loan and 2. Make it too expensive to afford to own anything. Can you afford to replace the computer chip in your car if that breaks now, let alone if prices rise another 10-20% or more? Would you be able to afford your current lifestyle if food prices rise another 10% just within the next year and likely much more? If not, you better be working on a plan for that because it’s coming. Can you afford to pay 50% more this year for heating oil, which is what the current projections are? Gas prices are already up over $1 since Joe Biden took office and the national average is likely going to hit $5 or more in the next few years, and likely more in states like California and Pennsylvania. Can you afford to go anywhere with $5 per gallon gas, let alone the ripple effects that will have? If you are the average American, your answer to probably all of those questions is no.

We’ve been allowing ourselves to be pushed us in the direction of the Great Reset for a very long time, we just didn’t have a name for it until recently. Back in May 2008, when Michelle Obama claimed that ” Barack knows that we are going to have to make sacrifices; we are going to have to change our conversation; we’re going to have to change our traditions, our history; we’re going to have to move into a different place as a nation to provide the kind of future we all want desperately for our children. Than we were told before the 2008 election by then Senator Barack Obama that “We are five days away from fundamentally transforming the United States of America”. They were telling you exactly what they were planning to do and most Americans dismissed it. Now, they have changed absolutely everything about America. Americans are now forced to make “sacrifices” when they are told that they can’t go to work until they take a vaccine or when they can’t afford things like meat because we need to switch to foods that are more environmentally friendly. They are changing our history through programs such as Critical Race Theory, the 1619 project and tell American’s how we need to “reimagine” our history. And they have definitely taken us in a completely new direction, away from everything that made America great and into a system like what China has.