The Origin of the Covid-19 Vaccine Arms Race 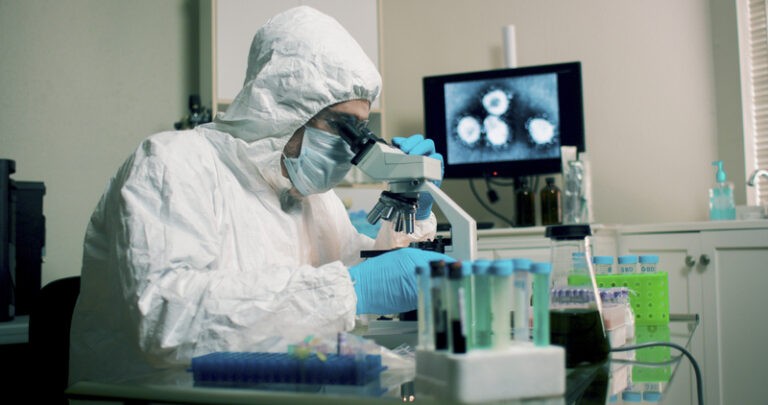 We first learned of COVID in January 2020 and shortly after that we saw the 15 days to slow the spread which gave way to months of lockdowns and mask mandates. But this story actually goes back a lot farther than January 2020. It goes all the way back to 2002.

In November 2002, China saw a SARS-COV outbreak which ended up spreading to 26 countries and killed more than 8,000 people. During this outbreak which ended Summer of 2003, 11% of people infected with this virus died. The outbreak of this virus kicked off a race to try to create a vaccine to protect against SARS. Like always, China covered it up and later admitted to underreporting SARS cases.

(Note: I have provided the links throughout this article to every claim that I make on COVID. Please don’t just take my word for this and take the time and click on the links and do your own research. People with things to hide will tell you just “follow the science”, tell you to just take their word for it or accuse you of being a “science denier” unless you push the approve narrative. Don’t do that. Click on the links and read the information for yourself and then share that with as many people as you can.)

In 2006, the U.S. Government passed the “Emergency Supplemental Appropriations to Address Hurricanes in the Gulf of Mexico, and Pandemic Influenza Act”. What does hurricanes have to do with influenza? Nothing, but no one cared to ask questions of what our government was really up to. This is why you need to pay attention to absolutely everything that the government passes because all too often they’ll sneak funding in for programs that have absolutely nothing to do with what they are claiming to need money for. (Modern day example: Only about 5% of the $1.9 trillion “infrastructure bill” actually goes for what most people would consider infrastructure).

On page 119 of this Act it established a rule titled “Rule of Construction Concerning National Vaccine Injury Compensation Program”. This rule grants liability waivers to pharmaceutical manufacturers working on emergency use authorization vaccines. So if a pandemic breaks out and the government gives an emergency use authorization to a vaccine that Pfizer for example creates, and you suffer long term side effects due to you taking an experimental vaccine that was rushed to the market to protect you against a pandemic, you are not allowed to sue the pharmaceutical companies. We are told that the long term risks of the COVID vaccine are very minimal and that the risks are no greater than any other pharmaceutical drug. Time will tell if that’s the case or not. But what happens if you develop a long term disease that can be traced back to the vaccine? Because it was an “emergency use authorization” which the COVID vaccines have been up until recently, you are not allowed to sue the drug manufacturers.

In 2007, Dr. Baric published an update to the 2005 report titled “A Mouse-Adapted SARS-Coronavirus Causes Disease and Mortality in BALB/c Mice. This study was published on the National Institute of Health (NIH) website. In this study, scientists took the poop from a bat with coronavirus and put that into mice to see if the mice could catch the coronavirus. They wanted to figure out if this coronavirus could jump species and be deadly to other species.

Dr. Facui’s NIH not only funded the research at this lab but at the same time they were funding research at the Wuhan lab in China, which was run by Dr. Shi and Peter Daszak, President of EcoHealth Allianace. If you have been following me for the past 18 months or any of the select few people that have reported on the origins of coronavirus, you may know Dr. Shi as “the bat lady”.

Dr. Shi and Peter Daszak were focused on trying to look for the bat poop that contained this coronavirus. In 2015, after searching for 10 years, they found it in remote caves in China. They also found a strain that have never seen before called RsSHC014.

As soon as Dr. Baric heard about this new discovery, he immediately requested that Shi provide the genetic data for this new strain, and she happily provided it. Dr. Shi wasn’t able to culture the virus in her lab but since Dr. Baric had “new era” coronavirus research, he was able to take the spike gene from this new strain and genes from human lungs, and inject them it into the SARS virus to see if it can be passed from bats or mice to humans. This is what is known as gain-of-function research. They do this in the hopes of being able to create a vaccine so that if a virus does jump to humans, they can be ready for it. The problem though is when it is not done under the right protocols and it somehow escapes from a lab, which all evidence is pointing to what likely was the origin of Covid.

(I want to make a few things clear here. 1. I am not saying that the virus was intentionally created and that someone intentionally released it to kill people. Sure, it is possible that someone allowed the virus to escape on purpose with the intention of killing people. But I haven’t seen any evidence for that. It’s just as possible that it was negligence that allowed this virus to escape. 2. Gain of function could work for our benefit if we could develop a vaccine before the virus jumps to humans and causes a pandemic like COVID or worse. The problem is when it is done in a lab that isn’t designed to be able to handle a virus that is this dangerous, which is what happened in Wuhan. Also not the first time that a virus has escaped from this lab either.)

A few months ago, Dr. Fauci testified under oath before the Senate multiple times, and insisted that the US never funded gain of function research.

He later was asked if he wanted to amend any part of his testimony and he said that there wasn’t and again insisted that gain of function research was never funded by the U.S. government.

The US government also continued to fund Dr. Baric and Peter Daszks EcoHealth Alliance, who was directing those funds to Dr. Shi in China.

In 2014, Dr. Baric attended a conference where Dr. David Pelman asked Dr. Baric if his gain of function research could increase coronavirus danger to humans. He dodged the question and simply responded with that he doesn’t know of anyone doing that and that it’s a very complicated process.

Scientists from around the world accused Dr. Shi’s and Dr. Baric’s work of being “risky” and “dangerous”.

In April 2016, Dr. Baric issued a correction. The “correction” stated that the funding for this research came from EcoHealth Alliance which was funded by the U.S. Government. That information was previously omitted from the report that he released the year before.

In November 2017, Dr. Shi published her own research on what she discovered in her gain of function research.

Dr. Shi, Peter Daszak and Dr. Baric all were using government funding to continue gain of function research despite the ban that was put into place in 2014.

Dr. Fauci later removed the funding pause for gain-of-function research projects in December 2017. No explanation was ever given for why this pause was lifted.

In February 2018, Dr. Shi was coordinating with Dr. Baric to visit her lab in Wuhan. Just before that visit, EcoHealth Alliance gave Dr. Shi’s lab and undisclosed amount for an undisclosed reason.

EcoHealth Alliance also sent a proposal to DARPA (The Defense Advanced Research Projects Agency) to fund gain-of-function research. DARPA called it what it was (gain-of-function) research and rejected the proposal because it was too dangerous. One arm of the government rejected funding because it was too dangerous while the other arm (Dr. Fauci and NIH) gave money to gain of function research. But yet, Dr. Fauci insists that the government never funded gain of function research despite all of the evidence proving otherwise.

For 8 years, Moderna was said to “revolutionize medicine and disrupt the pharmaceutical industry”. Flash back to 2015 when Dr. Shi and Dr. Buric published their study on coronavirus, the US government signed a confidential agreement with Moderna. The NIH transferred the mRNA technology to Dr. Baric. In this report, we find out that the “mRNA coronavirus vaccine candidates developed and jointly-owned by NIAID and Moderna”. The U.S. government is part owner of this vaccine. The same government that is currently mandating it’s use is part owner of the vaccine.

As of April 2021, the US government has paid Moderna $6 billion for their vaccine effort that they co-own.

9 times Moderna has attempted to bring mRNA technology to market and all 9 times they failed. Only once were they able to develop a product that advanced to human research.

Why are we not being told any of this by the government? It’s because it’s all part of the Great Reset and their public-private partnership. Big government is in bed with big pharma. They are moving all of society to this and it should be clear by now that thy are trying to control every aspect of your life. If everything is part of this public-private partnership then they (the government) gets to set the rules while claiming that we still have a free market.

You need to start questioning everything. People with nothing to hide don’t mind being asked honest questions. The people with things they are trying to hide, like Dr. Fauci, have an issue every time someone dares to ask questions.

Every time someone dares to ask questions, they are accused of being a “science denier” and pushing “conspiracy theories”. What “conspiracy theories” did I push? What science did I deny? I have provided all of the documents for everything I claimed in this article. All of the evidence is out there, you just need to look for it, which sadly no one in the mainstream media is willing to do because they don’t care. If they were even slightly curious, they would have taken the time to do some actual research instead of just dismissing everything that they could deem as “right-wing conspiracy theories”.

There is so much more I need to get into and will be in future articles coming really soon. Make sure you subscribe to my free newsletter below so that you don’t miss these. Social media shadow bans or just outright bans Conservative voices constantly. If you are depending on social media to be able to see these articles, there’s a chance that you won’t see them. Subscribing to my newsletter is the way that I can get these to you uncensored.

For more on COVID, check out: