Reparations, Slavery in America, and the Story You Haven’t Heard 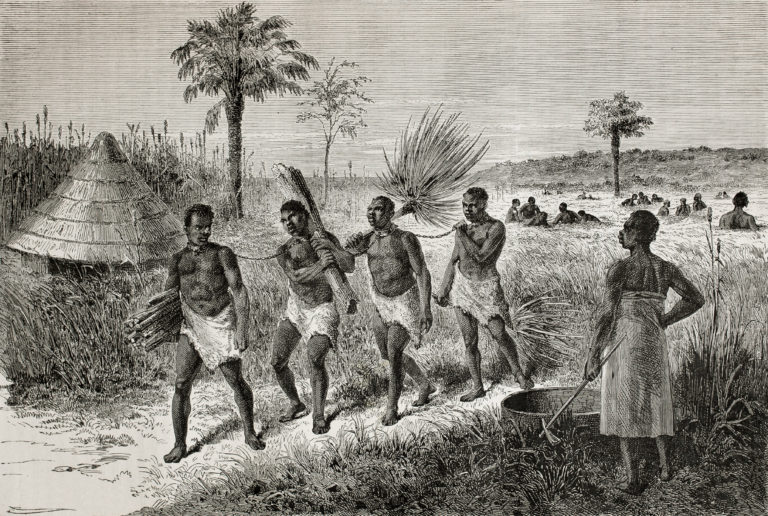 The talk about reparations has been in the news a lot lately but it isn’t something new. This is an issue that comes up every few elections and it’s an insane idea each time. An idea that doesn’t actually solve anything, other then move us one giant step closer to socialism.

Several Democrat Presidential Candidates have announced their support for reparations in recent months. Senator Cory Booker, recently introduced a bill that will “explore reparations proposals for African American descendants of slaves”. Booker tweeted “I am proud to introduce legislation that will finally address many of our country’s policies—rooted in a history of slavery and white supremacy—that continue to erode Black communities, perpetuate racism and implicit bias, and widen the racial wealth gap.”

Back in February Senator Kamala Harris said in an interview on “The Breakfast Club” that she would support government reparations and that one form of that would be allocating money for mental health treatment.

Bernie Sanders, who was previously against reparations when he last ran for President in 2016, has now come out and said that he would support Democratic Representative Sheila Jackson’s bill that would set up a commission to study reparations and then went on to say that “If the House and Senate pass that bill of course I would sign it”.

This is one of the most insane proposals that I have ever heard. We are going to punish those who have never owned slaves and whose descendants haven’t owned slaves in over 150 years, and give that money to those who have never been slaves and whose descendants haven’t been slaves in over 150 years? What’s next? Are we going to expand that rule worldwide and punish all white men because of it? How do we verify that someone is really a descendant of a slave and isn’t out to just receive a free handout? Would all African Americans receive this handout just because of the color of their skin, including those who are successful such as Barack Obama, Condoleezza Rice, Candace Owens, and Oprah Winfrey?

A quick look at history will show you that slavery had very little to do with race (maybe that’s why the left is trying so hard to change the history books). In fact, the first guy to own slaves in America…was black. Have you heard that from anyone in the media? Should all black men now be forced to pay for what Anthony Johnson did back in the 1600’s? Should Anthony Johnson’s descendants be blamed and punished because of what a distant relative did, who they did not know and before they were even born?

Anthony Johnson wasn’t the only black man to own slaves either. By 1830 there were 3,775 black families living in the South, who owned black slaves. These 3,775 families owned a total of 12,907 slaves. By 1860 there were about 3,000 slaves owned by black households, in the city of New Orleans alone. Should the descendants of those slave owners also receive reparations, even though their distant relatives owned slaves?

Anyone who knows anything about history knows that slavery had very little to do with race. Slavery is and was a human problem, not a race problem. The top reason for owning slaves in the 1800’s was actually economical, not racial. That is why you saw whites owning whites as slaves, blacks owning blacks, whites owning both black and whites and blacks owning both black and whites.

I don’t know of a single person alive today that thinks that slavery wasn’t a horrible stain on America so it’s ridiculous that anyone who says that they don’t support reparations is labeled a racist. I think we can all at least agree that slavery was wrong.

Did America accept slaves? Yes. If you listen to many on the left, you would think that we took all of the slaves of the Transatlantic Slave Trade. The reality is is that we took just 3.5% of those slaves and were the first country to eliminate slavery. So if America is really this horrible racist country, what country on earth would you rather live in?

Had reparations been proposed right after the Civil War, those advocating for it may have had a point. At least those who suffered were still alive to benefit from the reparations and those who owned slaves, were still alive to receive their punishment. But 150 years later when everyone who was a slave and everyone who was a slave owner has been long dead?

We like to think of slavery as in the past but slavery didn’t end with Lincoln. The sad reality is, is that there are more people living in slavery around the world today then all of the slaves during the entire Transatlantic Slave Trade, which lasted 341 years. Imagine what the world would be like if the same people who spend this much time and energy on focusing on what 2% of Americans did over 150 years ago, spent the same amount of time and energy raising awareness for the 40 million people who are currently living in slavery around the world. Imagine what could be accomplished.