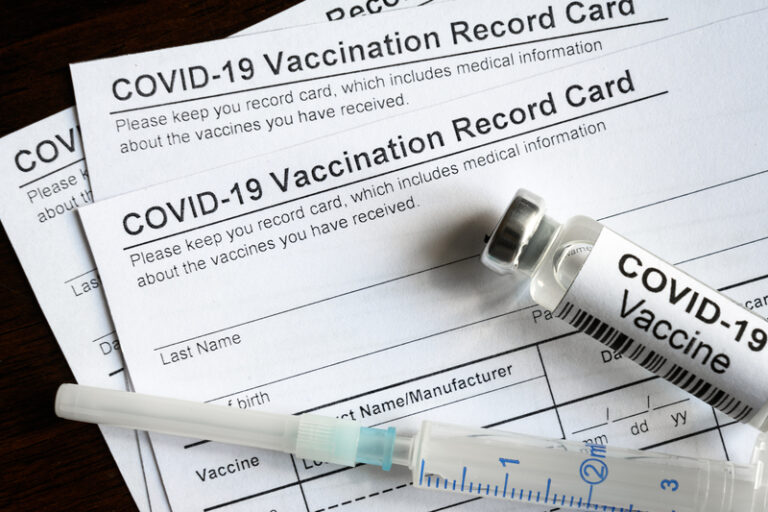 Despite what we are told by the media, the need for people who have already been vaccinated to repeatedly receive booster shots is not the consensus among top health experts. The media won’t tell you that but there is great debate over if the boosters are needed and if they have any effect at all.

It wasn’t some “far right” news site that reported on this, it was the the New York Times. According to an article published by the New York Times, “But the recommendations – even those approved unanimously – mask significant dissent and disquiet among those advisers about the need for booster shots in the United States”.

According to several advisers to the CDC and the FDA, the “data shows that, with the exception of adults over age 65, the vast majority of Americans are already well protected against severe illness and do not need booster shots”.

The article goes on to describe how the advisers had to make difficult choices based off of “sparse research” and how they were “compelled to vote for the shots because of the way the federal agencies framed the questions that they were asked to consider”. Other experts claimed that they “wanted to avoid confusing the public further by dissenting, or that they voted according to their views of the evidence and were simply overruled”.

Dr. Sarah S. Long, a pediatric infectious disease expert at Drexel University and a member of the CDCs Advisory Committee on Immunization Practices told the New York Times that “These are not evidence-based recommendations”.

Dr. Matthew Daley, senior investigator at Kaiser Permanente Colarado and a member of the CDC advisory committee told the New York Times “I don’t think that we have evidence that everybody in those groups needs a booster today”.

Both Dr. Long and Dr. Daley initially approved the shots and even they are skeptical.

According to the same article, some of the members on the CDC advisory committee described how they “felt they had to vote in favor of booster shots of the Moderna and Johnson and Johnson vaccines because they had already recommended boosters of the Prfizer-BioNTech vaccine and did not want to deny other Americans”.

There are so many questions that need to be ask here.

2. Why is that the media refuses to report on how many of the experts, including the people on the CDC’s and FDA’s own panels are skeptical if boosters are needed and are trying to make it seem like the science is settled and that all of the experts agree, and if you even dare to ask questions you are a “science denier”?

3. Why are members of the CDCs advisory committee in a position that they “felt they had to” vote a certain way when the data is questionable on if boosters are needed and that they “felt they had to” approve boosters from certain companies just because they approved the booster from another company? Shouldn’t that decision be based on actual data on how effective a particular shot is and if the data doesn’t meet certain standards than they are not approved until they come up with a better product?

4. Anyone who even dares to ask questions is accused of being a “science denier” but even the members of the FDA and CDC own panels are disputing “the science”. Are they science deniers now?

Reading the words of the people on the CDC’s and FDA’s own advisory panels seem to suggest that the data isn’t actually based on science or your health and that it’s more focused on optics and politics.

President Biden made the decision to start openly pushing for booster shots for all Americans even before they were recommended and according to Dr. Long “We are in a very difficult position to do much of anything other than what everybody has announced that we’ve done”. According to the New York Times, President Biden’s promise that all Americans will be able to take booster shots “made it difficult for the agencies to weigh the data objectively in September and October.”

“The perception is that the horse is out of the barn, and there’s not really much you can do at this point,” said Dr. Celine Gounder, an infectious disease specialist at Bellevue Hospital Center who is also a former advisor to President Biden. She also claimed that we couldn’t have mixed signals coming from the White House and CDC. “The fact is, you can’t have this confusing mess — it’s going to create more problems.”

Many of the scientists admit that they only voted a certain way to approve the vaccine because of how the questions were asked. Four members of the committee were criticized for their vote against approving the vaccine for most Americans, including Dr. Chatterjee. Dr. Chatterjee claims that she “would have voted differently if the FDA had asked about authorizing the vaccine in adults 18 and older” instead of 16 and older. Last December, the FDA had limited data for 16 and 17 year old’s when evaluating the Pfizer vaccine. Chatterjee claims that they were told that they had to vote yes or no and that they were not given any opportunity to explain why they voted a certain way initially. The FDA did allow committee members to explain their vote in future meetings but they were still restricted to a yes or no vote.

How can we trust anything coming from our government when members on the CDC and FDA’s own panels are feeling “compelled” to vote a certain way and when top scientists are openly claiming that the data just isn’t there, at least right now, to suggest that all Americans need to get a booster shot? How can we trust anything from this government when the decision to approve a vaccine appears to be made based on politics and optics and not scientific data?

For more on Covid, check out: