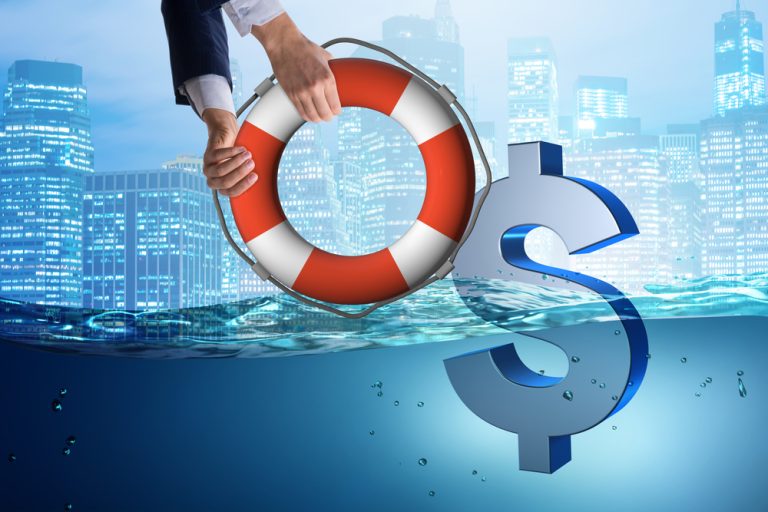 Normally with inflation being as high as it is, you would see a much higher interest rate. As you can see in the chart above, to get a 15% inflation rate under control in the 1970s it required interest rates to reach nearly 20%. Over the last 50 years you almost always see interest rates higher than the inflation rate but that started to change in the early 2000s when our debt began to explode.

If you go off of the official inflation rate numbers that we are told (7.9%), we should be seeing an interest rate of at least 9-10%. But reality is actually much worse. If you calculate inflation the same way as we did pre-1980, inflation is around 16%, meaning we should see interest rates around 18-20%.

Inflation is going to continue to get worse because the Fed doesn’t have any options to fight it. Sure, they will try to save face and raise it by .25 basis points (quarter of a percent) several times this year and you may see it hit 2% by the end of the year, but they don’t have any real power to fight it because of the amount of debt we are in and that’s going to cause even more problems.

The federal deficit is expected to be over $1 trillion for fiscal year 2022. If interest rates were raised to just 5%, that deficit would balloon to over $2 trillion if significant spending cuts aren’t made. Without spending cuts, that means we would need to either add more to the debt or print the money, making the problem worse.

But there’s still virtually zero chance of 5% interest rates being enough. If interest rates got anywhere near what they were in the 1970’s, the federal government would spend more on just the interest on the debt then what it currently spends in the total budget.

The road we are on is not good and there’s a very good chance that hyperinflation is coming in the near future unless significant changes are made, and it doesn’t look like we are going to get that anytime soon. You likely still could get this under control if we had leaders that were serious about saving the country. But we need leaders that were willing to take steps that are unpopular and we would need the American people to be informed about the road ahead.

We would need to gut all non essential federal services like the Department of Education and a majority of the other programs that the federal government is involved in, and reduce the budget (not including interest on the national debt) back to under $1 trillion instead of the $5 trillion that it is now. That means no government programs that you rely on. If we did that, we could afford to raise interest rates to what would be required to get inflation under control. When inflation started returning to normal and we were able to cut interest rates back to a reasonable level and the economy started to recover, the federal government would then have the money to begin to pay down that debt. We would still likely see a depression in the short term and probably at least a rough decade or two but there would be a good chance of survival and preserving something.

The problem with that solution is no one, the American people or the government, is willing to do that so things are going to continue to to get worse and worse and at some point we are going to implode. You need to be informed and prepared for what’s coming and you need to be urging your elected officials to take common sense steps to getting this situation under control because we are quickly running out of time.

Sign up for my free newsletter below so that you never miss an important story. This is a weekly newsletter that goes out every Monday that will include all articles for the past week along with a few other stories of the week that I think are important for you to know about.

Where to find me on social media:

For more on what’s coming with the economy, check out the articles below and visit Mikulawire.com