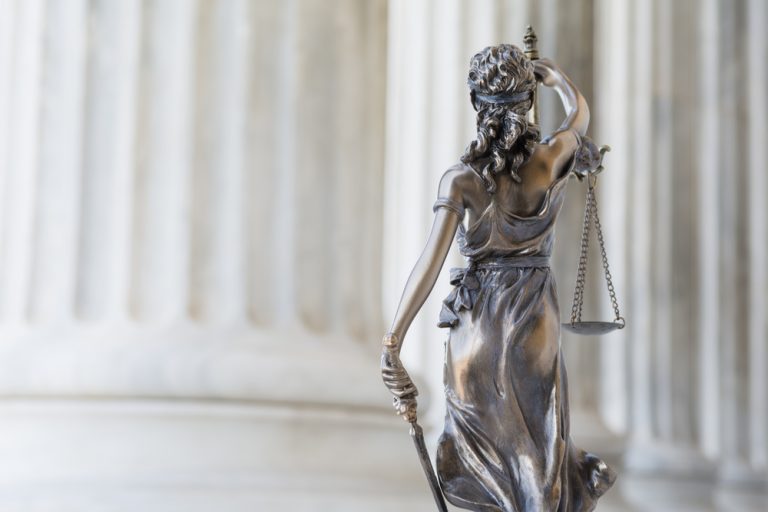 It’s been clear since day one of this administration that Biden is not really running things. He wanders off. He’s constantly confused. Most days he has his morning briefing and that’s pretty much it. It’s obvious that he is not the one in charge of the White House so that leads to the question, Who is? Who is really running this White House if it’s not Joe Biden? Some believe it’s Kamala Harris, although that’s getting harder and harder to believe too? Some say it’s Obama’s former national security advisor, Susan Rice. It’s actually not any of them. Biden’s puppet master is a nonprofit called Demand Justice.

Demand Justice is a group that was founded in the spring of 2018 and since then they have been involved in absolutely everything regarding our justice system.

Just a few months after Demand Justice was founded, Justice Kennedy announced his retirement. Demand Justice, a group that has only been around for a few months, spent $5 million to smear and stop Kavanaugh’s confirmation. They ran ads promoting Democrat Senators in danger of losing their seats. They ran ads urging moderate Republicans to oppose Kavanaugh. They launched StopKavanaugh.com. Their protestors dressed up as women in the Handmaid’s Tale to try to convince you that Kavanaugh was going to take away women’s rights. They tried to paint Kavanaugh as this far right Conservative extremist, even though he was and still is only slightly to the right of Justice Kennedy, who was the swing vote on the Supreme Court.

In May 2019, this group announced their support for HR 1, The “For the People Act”. Opponents of this bill are accused of trying to take away people’s right to vote and undermining our Democracy. Despite the pretty language in the title that is designed to make you feel like the Democrats are the ones that are fighting for your rights and that it’s the Republicans that are trying to take them away if they vote against bills like this, the bill does the complete opposite of what they tell you it does. The bill is designed to give the Federal government control over local elections.

One of the top names on that list was Kentaji Brown Jackson. In 2021, Biden nominated her to the U.S. court of appeals in D.C., which is a stepping stone for the Supreme Court. When Breyer announced this past January that he was planning on retiring (or should I say when his intention of retiring was leaked before he was ready to make the announcement), Jackson’s name began to float around as being on the short list to replace Kennedy. She has now officially been nominated for the position.

Only 8 of the “appropriate” candidates on that list that was given to Democrat contenders have any judicial experience. Most had experience clerking for Federal and state justices at the most but some have even less qualifications.

It’s also important to note that Demand Justice launched a campaign in 2021 to pressure Breyer to retire. They drove a truck around D.C. with a sign that stated “Breyer, Retire” because it was time for a black woman to be on the Supreme Court. Between the campaign to pressure him to retire and then the announcement of his retirement being leaked before he was ready to announce, I have to wonder if this was really his decision at all or was it a House of Cards style move to get him out of the way. I don’t have evidence for that, but it’s really suspicious.

Demand Justice is a spinoff of another nonprofit group called the Sixteen Thirty Fund. Their Executive Director Brian Fallon urged Democrats to oppose anyone that Trump nominated, regardless of their qualifications and demanded that Democrats institute a strict no-corporate partner policy for Judicial nominees. They admit that this would disqualify many candidates, but it would guarantee that we would have more justices like Ruth Bader Ginsberg.

In September 2020, Amy Coney Barrett was nominated to replace the late Ruth Bader Ginsburg on the Supreme Court. Demand Justice spent $10 million trying to get her nomination rejected. They painted her as a far right extremist who is against women’s rights.

Demand Justice has incredible power over this President.

Paige Herwig, who now serves as a senior counsel in the Biden administration, previously worked for Demand Justice.

4 other “acceptable” candidates on the list that was handed to Biden have been appointed for roles within the administration.

Xavier Becerra now serves as the Secretary of U.S. Department of Health and Human Services.

Kristen Clarke was chosen to be Assistant Attorney General for the Civil Rights Division of US. Department of Justice.

Catherine Lhamon was selected to serve as Assistant Secretary for Civil Rights Department of Education.

And Vanita Gupta was chosen to be the U.S. Associate Attorney General.

Where Does Demand Justice Get This Kind of Funding?

Their funding comes from a business named Arabella. Arabella has several different funnels that the money flows through. One of them is into the Sixteen Thirty Fund, which is the parent organization of Demand Justice.

According to the New York Times, “…the Sixteen Thirty Fund, received mystery donations as large as $50 million and disseminated grants to more than 200 groups, while spending a total of $410 million in 2020, more than the Democratic National Committee itself”.

We have no idea where this kind of money came from. A donor can’t donate more than $200 to a committee without having a record of their donation somewhere. But you can donate the the Sixteen Thirty Fund or Arabella and there be no trace of it.

According to the New York Times “Sixteen Thirty donated more than $63 million to super PACs backing Democrats”, including to the Lincoln Project.

All of these donations go to far left organizations. Some are legitimate organizations but according to Fox News ” the group runs a network of “astroturf” activities including as many as 340 “pop up” groups — which the report says are often little more than websites created to give the appearance of grassroots campaigns. It cites the organization’s activities pushing back against Republican efforts to repeal and replace ObamaCare as an example of its political activism.”

Many of these 340 groups do not appear to have paid staff or actually own anything. These groups kind of just pop up out of no where.

One example of how this money is being used is the campaign they ran against Senator Tom Tillis. The group launched a website that looked like a news station called the NC Examiner and ran an ad claiming that Tom Tillis was likely to block a bill to lower prescription drug prices. The problem is that the NC examiner does not exist. The show that this was supposedly reported on does not exist. The news anchor does not exist. They created a clip that made it looked like this story was being reported on an actual news show and ran it as part of their anti Tom Tilis campaign. And yet we are told that it’s the right that is spreading mis and dis-information?

If you visit their website, which sadly most people would just share the clip and won’t do any research on their own, you would discover that the website is funded by Piedmont Rising, which is a nonprofit organization that is funded by the Sixteen Thirty Fund.

The 5 organizations that Arabella funnels money to spent $1.2 billion in 2020, but we have no idea where that money came from because there is no paper trail.

From day one Biden was not in charge of this administration. He is basically just a puppet of Demand Justice. They decide who he’s going to nominate for important positions like the Supreme Court. They pressure Supreme Court Justices to retire. And they now fill a variety of positions throughout this White House and we have no idea who is actually paying for any of it.