Which Standard Should We Judge Joe Biden By? Innocent Until Proven Guilty or “Believe All Women”? 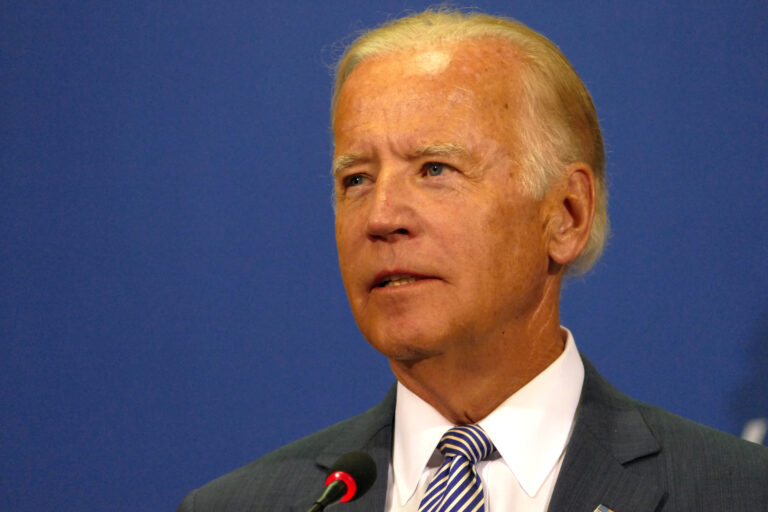 I am going to refer to these allegations in this article as “alleged” because that’s exactly what they are so far. We need to give Joe Biden the benefit of the doubt and not jump to conclusions because he hasn’t been convicted of anything yet. We need to do what the left refuses to do any time someone accuses a Republican of sexual misconduct and give them the benefit of the doubt. Just because we don’t agree with someone politically, does not automatically mean they are guilty of the allegations against them. Just because someone accuses someone of a crime, does not automatically make them guilty.

I am not dismissing Reade’s claims in any way. She may very well be telling the truth. There is far more evidence backing her claims then there was against any of the claims against Brett Kavanaugh. I am not dismissing that. Tara Reade’s mother unanimously made a call into Larry King Live back in 1993, and talked about her daughter having problems with a prominent Senator.  Tara Reade’s neighbor has also come forward and confirm that Tara Reade did inform her of the sexual assault at the time. She has described the incident in detail and has stated that the incident did happen in 1993. She has also filed a police report.  Christine Blasey Ford had none of that. Even after multiple FBI investigations, none of Ford’s claims were corroborated. She did not remember any of the details, when or where the incident took place and had no witnesses who backed up her claims.

With all of that said however, he is still innocent until proven guilty, and as with any allegation against any person, we should wait until all of the facts are presented before we rush to judgement. Us not being on Joe Biden’s side politically does not mean that he is automatically guilty. The right needs to take the high road in this.

While we shouldn’t allow ourselves to play the same politically motivated game that so many played against Brett Kavanaugh, we should call them out on their double standard. Are will still suppose to “believe all women”? Does Joe still believe that when the allegations are made against him or someone from his side, as he did when allegations were made against Brett Kavanaugh (none of which have yet to be confirmed), that the woman should automatically be believed?

Stacey Abrahams, Kirsten Gilibrand and Kamala Harris, all support Joe Biden now and all rushed to judgement on the allegations against Brett Kavanaugh. Do any of them still hold that position? Is there anyone in the Democratic Party willing to be consistent and hold their side to the same ridiculous standard that they hold Republicans to? Do they still believe that we should all automatically believe all women, or does that principle only apply as long as it’s not someone from their side being accused?

I’m going to state this as clearly as possible. NO, WE SHOULD NOT BELIEVE ALL WOMEN. Women are just as capable of lying as any man is. Yes, we should investigate sexual misconduct allegations, regardless of whether they come from a woman or a man. There should be a thorough investigation and the accuser should get her/his day in court. Charges should be brought against anyone who is proven guilty. But to claim that all women (or men) should automatically be believed is just nonsense and has no place in America.

I do need to end this article by giving Mika Brzezinki some credit for her interview with Joe Biden. Many in the mainstream media would ask a simple question and then move on. She asked Biden 18 minutes worth of questioning on these allegations. She repeatedly asked him about the statements that he made about Christine Blasey Ford and her accusations against Brett Kavanaugh. She repeatedly questioned him on why he wasn’t releasing all of the documents that could potentially mention Tara Reade’s name. I have to give her a lot of credit for that, which is something I don’t get to say about someone at MSNBC too often.

I don’t want to hold Mika up to some insanely high ethical standard. Her and her network have been incredibly unfair to anyone who isn’t on their side of the political isle, and consistently spread lies about Republicans in power. You can visit her twitter account and within seconds realize that she is a big fan of Joe Biden, which actually kind of makes her even more credible in some ways knowing that she is willing to question someone that she supports.

Despite her support for Joe Biden, in this interview she did her job and asked Joe some tough questions about these new allegations. I wish more on her side had the courage to occasionally step out of line from their party and challenge their own sides double standards. Now it’s time for us to do our job, not rush to judgement, but hold Joe Biden accountable if/when Reade’s claims are proven to be true.