Where is the Outrage Now That Biden Administration Continues to Put Kids in “Cages”? 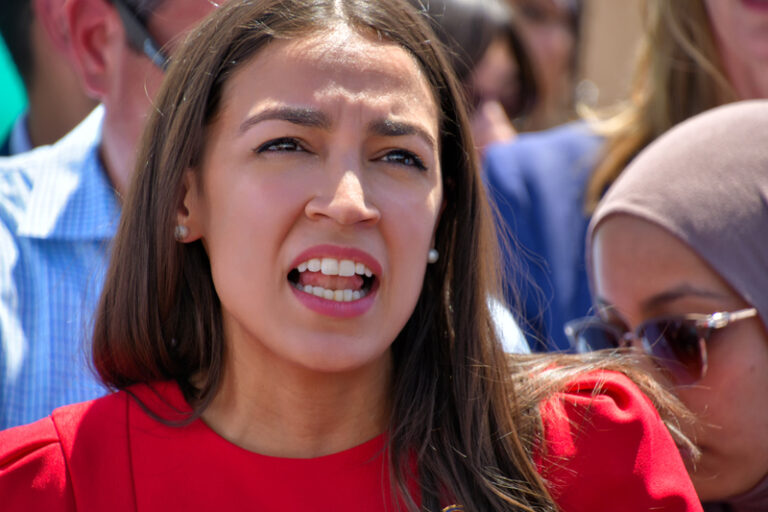 Democrats have once again proven their hypocrisy and that their concern wasn’t truly with Donald Trump putting children in cages at the border, and were only using that as one more excuse to express their fake outrage. For fours years, we were told that Trump was like Hitler and ripping children out of the arms of their parents and putting them into “literal concentration camps. ”Representative Alexandria Acosio Cortez did a fake photo op in which we were told was one of these “cages” (in reality she was standing next to a chain linked fence surrounding an empty parking lot) where she pretended to be hysterical over the fact that Hitler reincarnate (aka Donald Trump) was committing this atrocity. But where is she now? Were is the outrage from her and others on the far left?

Of course White House Press Secretary Jen Psaki tried to spin this in the favor of the Biden administration. We are told that the Biden administration is only doing this because it’s the compassionate thing to do for these kids that came here without their parents, while the evil Donald Trump was the one that was ripping these children out of the arms of their parents and sending them to these “concentration camps”.

There are a few things to point out here. She is right when she says that a lot of the time these children are not with their parents and come here alone. That isn’t a new problem. That isn’t something that just suddenly started when Trump left office. That was occurring during the Trump administration as well and that accounts for many of the children that were put into these “cages” under the Trump administration.

You could argue that maybe we should come up with a little bit better system that is more efficient but to use one standard when your side is in power and a completely different standard when the other side takes power is disingenuous. The exact same policy has been in place under three administrations now, which was started by the Obama administration.

We need to get back to some form of sanity and principles. We aren’t going to survive as a nation if we are going to keep playing this game where we are outraged when the other side is in power and then excuse it when our side is doing the exact same thing. You think that there is a better solution to deal with the border crisis, fine. But then don’t just change the terminology when your side starts doing the exact same thing you accused the last administration of doing.

Alexandria Ocasio Cortez and many of those on the far left are only concerned with children in cages when they can use it to their advantage and fundraise off of it. Now that her side is following the exact same policy of the last administration, she is silent. Where are the photo ops now? Where is the comparison to “concentration camps”? Where are the tears Representative Cortez?