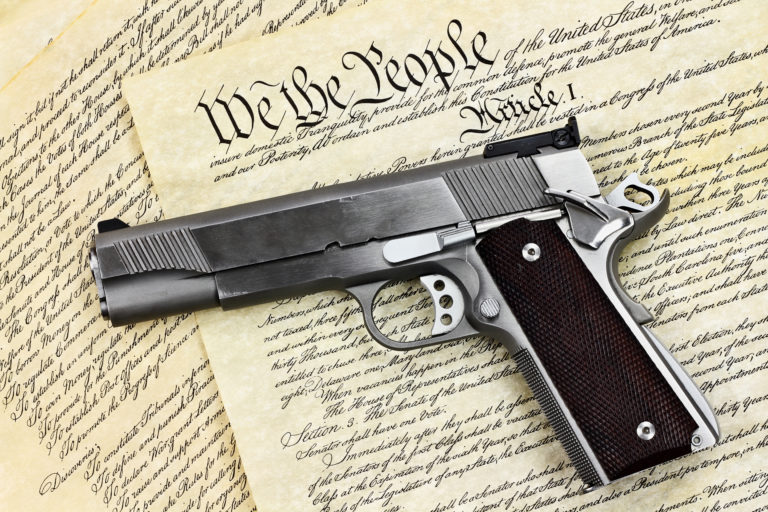 Two weeks ago, tens of thousands of protestors took to the streets around the Capitol of Virginia to protest their tyrannical government. They showed up to protest a Governor who is clearly out of control. Like all tyrants, the Governor knew that if he truly wanted to become a tyrant, he needed to remove the one thing that all tyrants move to ban first: the guns.

If you listened to the media, you would have thought that it was going to turn into a war zone. You have tens of thousands of people showing up with guns, so how could there not be violence, right? It turns out that despite the hysteria of the media, there wasn’t a single incident at the Capitol. It didn’t turn violent, despite those thousands of semi-automatics there, the very same guns that the Governor and State Assembly of Virginia are trying to ban.

If you need evidence that your vote does make a difference, you don’t have to look any further then Virginia. Within just a few years, Virginia went from a fairly conservative state, to a state who is now moving to completely ban guns, in direct violation of the 2nd amendment. And they are doing it despite only winning by around 10,000 votes in a state with a population of over 8.5 million.

In Virginia you can now also lose your right to own a firearm if someone is at least 51% certain that you are trouble. One person can now report you to the police, and they now have the legal authority in Virginia to take away your firearms. If they come and take them, you are then responsible for proving why the other persons certainty is wrong.

You don’t even need to commit a crime to now have your rights taken away. You can now lose your rights simply because someone doesn’t view things the way you do politically and they think that you are dangerous. You live in Virginia and your liberal neighbors know that you voted for Trump? Be prepared to turn your firearms over. I thought this was suppose to be America?

Geez, I am so glad that no one is coming for the guns. That’s just a conspiracy theory, according to almost every Democrat in office. No one wants to take your guns, we just want “sensible gun control”. Right. What do you call what is currently happening in Virginia?

It’s likely going to take a while for the Supreme Court to overturn this, but luckily sheriffs across the State are now announcing that they will refuse to follow these unconstitutional abuses of power. A vast majority of counties across Virginia have now declared themselves “gun sanctuaries” who will not stand for this very clear violation of the Second Amendment.

This likely will take a while before it makes it up to the Supreme Court, and I suspect that it will make it there. The problem is that we need to wait until someone files a lawsuit and then it work it’s way up to the Supreme Court, which is very unlikely to happen this year. At the very earliest, I don’t think we’ll see a ruling until Spring 2021.

They knew all along that the average voter in Virginia would not stand for this tyranny. They knew that this would be met with fierce backlash and yet they had the arrogance to go through with it anyways. They had the arrogance to change the rules for impeaching the governor and raise the requirement from 10% to 20% of signatures needed from the voters to  support impeachment before the process could begin, and just before they started moving to disarm you. Imagine what they would try to do if the right to own a gun wasn’t guaranteed in the Constitution. Imagine what they would be capable of doing once they disarm the average citizen and they have unchecked power.