What the potential overturning of Roe v Wade actually means 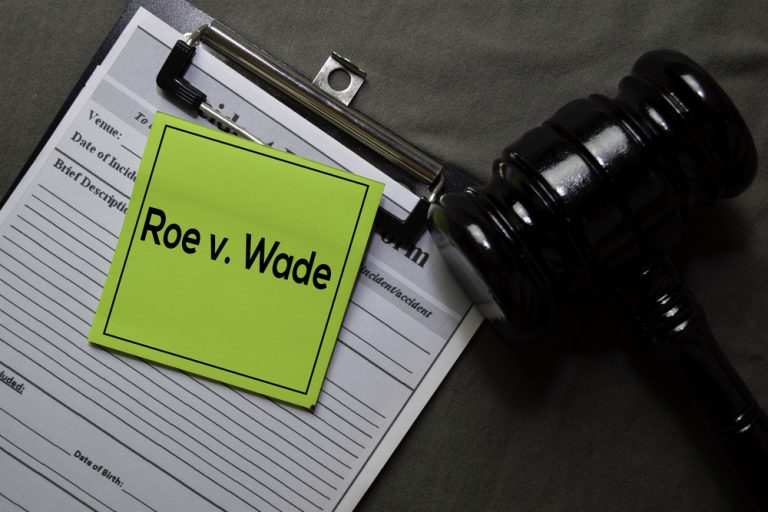 This week Politico leaked the first draft of a ruling that would overturn Roe V Wade, at least how it looked as of February when the draft was written. In the 98 page document, Justice Alito argued that “Roe was egregiously wrong from the start,” and that “its reasoning was exceptionally weak, and the decision has had damaging consequences.” Alito argued that “The Constitution does not prohibit the citizens of each State from regulating or prohibiting abortion”.

If you are pro-life, I want to urge caution. This opinion was written back in February and there was plenty of time for this to change since then and before the end of June when the decision was expected to be released. I am cautiously optimistic that Roe V Wade will be overturned but I’m not going to celebrate until the ruling is official. It wouldn’t be the first time that a Justice was expected to go one way (John Roberts with Obamacare) and then flipped at the last minute. That’s likely what this leak was designed to do and hopefully these tactics fail.

Chief Justice John Roberts has confirmed the authenticity of the draft so we do know that as of February, this was the direction that the court was strongly leaning in. Roberts also announced that he will be conducting an investigation to figure out who the leaker was.

I don’t know this for a fact but it is highly unlikely that a Justice leaked this, because it would have serious effects on the working relationship of the justices and make it almost impossible to do business. This most likely came from a clerk to one of the liberal justices, and was meant to cause an uprising among people to try to sway the court before the official ruling in June. This leak is a very serious issue and could have a negative impact on the court for decades.

With that said we need to establish what overturning Roe V Wade will and would not do and debunk some of the ridiculous misinformation and disinformation that is going around.

Myth #1: Overturning Roe would ban abortion. This is probably the one that the most people will buy into. No, overturning Roe V Wade does not ban abortion. It only returns that power back to the states which is what the Constitution says (although in this case I would argue that abortion should and could be banned at the Federal level because it is a human life).

We are going to have probably about a quarter of the states that will allow abortion unrestricted or very limited restrictions. Leftist states like California and New York are going to get even more radical and are now talking about allowing you to murder your child up to 30 days after it is born. California and tons of organizations are also planning to pay for you to b able to fly to California to abort your child.

In most of the country there will be restrictions but abortion will still be legal in cases where the mother’s life is at risk and many states will even allow for exceptions for rape and incest. Even CNN has reported that the 13 states with “trigger laws” that will take effect if Roe were to be overturned, does allow for these exception. All 13 of those “trigger law” states do allow for abortion if the mothers life is at risk.

Myth #2: Women are going to die if Roe V Wade is overturned. You ever notice how they always jump immediately to tragedy and people dying in the streets? No, women are not going to die if they can not abort their unborn child. Abortion if the mother’s life is at risk will still be legal in every state, including the states with the strictest abortion laws. I should point out that they also use this argument to be able to abort a child in the third trimester, but it’s actually more risky to the mother to be able to have an abortion that late, but if a doctor does decide that an abortion is medically necessary, they still do have the right to perform that abortion. If the mother’s life is at risk, doctors would perform a C-section, which is far safer than giving the woman something and then waiting for the baby to come out anyways if it’s truly a medical emergency.

Myth #3: Roe V Wade is settled law so it can’t be overturned. This is a ridiculous argument. So the court doesn’t have the right to overturn a bad ruling? Does this also apply to segregation because at one point segregation was also legal and upheld by the Supreme Court. So if this is your philosophy what you are saying is that precedent can never be overturned regardless of how bad it is and the decision to end segregation (Brown v. Board of Education which overturned Plessy v. Ferguson) shouldn’t have happened?

It was either a good ruling or it wasn’t. You can disagree with overturning Roe, but to claim that it’s “settled law” so that it can’t be overturned is just a ridiculous and flawed argument.

Myth #4: A Majority of people support overturning Roe V Wade. This is the argument now being pushed to show how “extreme” those “right wingers” are. That’s not exactly the case among people who actually know what Roe does or what it would mean if Roe is actually overturned, which a majority do not.

According to a Marist and NPR conducted in September 2020, when asked specifically about Roe being created to allow abortions up until birth, only 18% supported that decision. According to a recent CBS poll, 54% believe that abortions should be illegal in all or most of the time, which goes against Roe. So sure, when you convince people that women are going to die and that all abortions will be illegal if Roe were to be overturned, they’ll say no it shouldn’t be overturned. But when you ask specific questions about what Roe does and their views, a majority agree that it should be overturned.

About a month ago I came up with this idea that I’m going to start using my platform to promote other companies that aren’t doing everything possible to fight against my values. But instead of a company this week I want to promote a great comedian that I recently got to see at a conference in Dallas, and that is Brad Stine.

If you are looking for a great show to take the family to, tickets for his “Unapologetical American” tour are on sale now at https://www.bradstine.com/.

Also be sure to check out his podcast “Brad Stine Has Issues” by becoming a member here: https://www.patreon.com/bradstine.

And then we have the really crazy. The Left can’t let this moment pass without using every ridiculous scare tactic imaginable. Next they are going to overturn gay marriage. Interracial marriage is now at risk so that Clarence Thomas can divorce his white wife. Even interstate travel is at risk and Republicans are going to prevent you from returning to your home state if you get an abortion out of state. I’m not kidding, this is the nonsense that CNN claimed this week.

First, overturning the 2015 ruling would not ban gay marriage. It would return that decision to the states, which 38 states already legalized before the 2015 ruling.

Second, do they know that divorce is legal and that if Clarence Thomas (who is black) wanted to file a divorce, he does have that right?

Third, the Constitution is clear about interstate travel (fourteenth amendment), not to mention that it would be impossible to prevent someone from re-entering a state in which they legally reside.

And then we hear that “men can’t get pregnant so they shouldn’t have a say on abortion”. So we are back to using the terms “men” and “women” now? If we are I would like to point out that it was 7 out of 9 men that passed Roe V Wade in 1973, so are you claiming that that ruling was illegitimate because it was ruled on by men?

The court coming this close to overturning Roe V Wade is something that I never actually thought I would see. I am cautiously optimistic that the court will rule to overturn it but this fight is far from over. Abortion will still go unrestricted in much of the country and many Left wing organizations, and even a few states, will pay for people to travel to California or New York to get an abortion.

Subscribe to my free newsletter below. This is an email that goes out every Monday that will include any articles that I published the previous week, as well as a few other stories for the week that I think are important for you to know about.

All Posts »
PrevPreviousUS Economy Begins to Shrink; Recession Likely This Summer
NextFederal Reserve takes most aggressive action against inflation since 2000Next