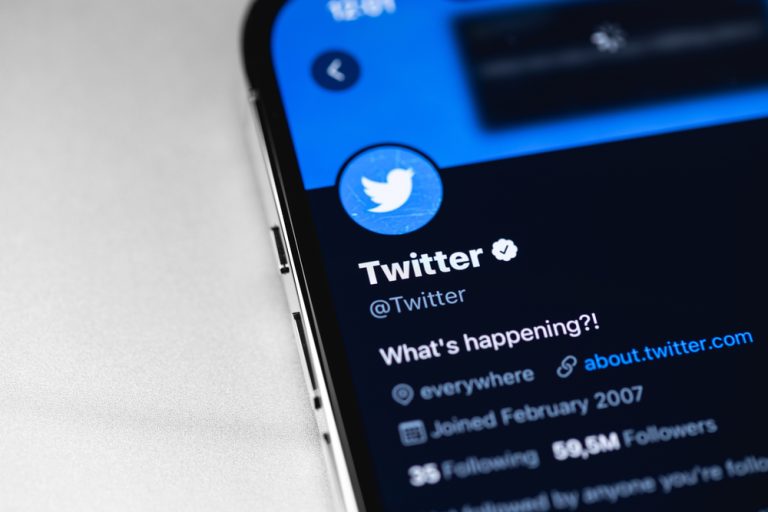 Over the weekend independent journalist Michael Shellenberger released Part 4 of the “Twitter files”. This latest batch highlights the chaos within the company on the day after the January 6 Capitol Hill riot.

“The Removal of Donald Trump: January 7,” author Shellenberger posted Saturday night to begin a larger thread. “As the pressure builds, Twitter executives build the case for a permanent ban.”

Shellenberger noted that on January 7th, Twitter executives met to “create justifications to ban Trump”, “seek a change of policy for Trump alone distinct from other political leaders” and that they were not concerned at all about freedom of speech or democracy or the implications of such ban.

Yoel Roth, former Head of Trust & Safety at Twitter, hasn’t been shy about his leftwing views and has even gone as far as claiming that Trump was a Nazi.

“In 2017, Roth tweeted that there were ‘ACTUAL NAZIS IN THE WHITE HOUSE,'” Shellenberger wrote. “In April 2022, Roth told a colleague that his goal ‘is to drive change in the world,’ which is why he decided not to become an academic.”

Roth was the person that pushed Jack Dorsey to adopt the five violations (“strikes”) policy where twitter would permanently ban anyone, including then President Trump for their fifth strike. Leading up to the January 6th riots at the Capitol Trump had four strikes.

“On January 8, Twitter announces a permanent ban on Trump due to the ‘risk of further incitement of violence,’” Shellenberger wrote.

“On J8, Twitter says its ban is based on ‘specifically how [Trump’s tweets] are being received & interpreted,'” Shellenberger continues. “But in 2019, Twitter said it did ‘not attempt to determine all potential interpretations of the content or its intent.’”

Twitter employees raised concerns about the decision to suppress those who tweeted things like “#Stopthesteal” but leadership didn’t care.

Shellenberger provided examples of Twitter employees using the term “one off” in Slack discussions which he says “reveals significant employee discretion over when and whether to apply warning labels on tweets and ‘strikes’ on users.”

“Twitter employees recognize the difference between their own politics & Twitter’s Terms of Service (TOS), but they also engage in complex interpretations of content in order to stamp out prohibited tweets, as a series of exchanges over the “#stopthesteal’ hashtag reveal,” Shellenberger’s thread added.

Shellenberger also noted how Twitter employees struggled deciding whether to punish users who posted screenshots of Trump’s deleted January 6th tweets with one saying that “we should bounce these tweets with a strike given the screenshot violates the policy” and another saying “they are criticizing Trump, so I am bit hesitant with applying strike to this user.”

What if a user dislikes Trump *and* objects to Twitter’s censorship?” The thread continued. “The tweet still gets deleted. But since the *intention* is not to deny the election result, no punishing strike is applied. ‘if there are instances where the intent is unclear please feel free to raise.’”

Messages between Roth and Dorsey reveal their decision to change the rules because it was Trump.

“Around noon, a confused senior executive in advertising sales sends a DM to Roth,” Shellenberger continues.

“Sales exec: ‘jack says: ‘we will permanently suspend [Trump] if our policies are violated after a 12 hour account lock’… what policies is jack talking about?’ Roth: ‘*ANY*’ policy violation.”

What happens next, according to Shellenberger, is “essential” to understanding the justification” used to ban Trump.

“The ad exec is referring to Twitter’s policy of ‘Public-interest exceptions,’ which allows the content of elected officials, even if it violates Twitter rules, ‘if it directly contributes to understanding or discussion of a matter of public concern,” Shellenberger wrote.

Twitter painted the picture that they were banning Trump over him inciting an “insurrection” on January 6th but Shellenberger reported that they also looked at a ban on Rep. Matt Gaetz (R-FL), even though it “doesn’t quite fit anywhere (duh).” Twitter was determined to cite Gaetz for “inciting violence” even though there wasn’t any evidence to justify a ban.

All Posts »
PrevPreviousDeSantis calls for grand jury to investigate Covid-19 vaccines
NextTwitter Files Part 5: The removal of Donald Trump despite not breaking any rulesNext