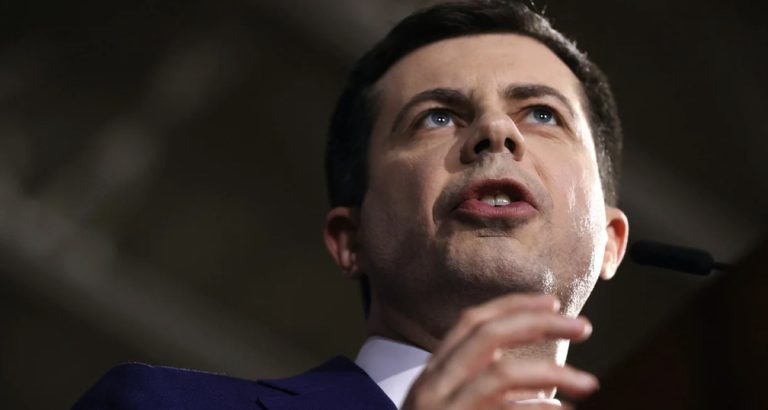 Last week, in a congressional hearing, Transportation Secretary Pete Buttigieg said the quiet part out loud and praised high gas prices. According to Buttigieg “The more pain that we are all experiencing from the high price of gas, the more benefit there is for those who can access electric vehicles,” Buttigieg said.

Rep. Carlos Gimenez asked Buttigieg, “So you’re saying the more pain we have, the more benefit we’re gonna get? I think that’s what I heard you say.” Buttigieg was quick to clarify and stated that “Of course – no, no, that’s what you heard me say. I know you want me to say it so bad but honestly, sir, what we’re saying is we could have no pain at all by making EVs cheaper for everyone,” Buttigieg claimed. But he clearly didn’t say that and he didn’t misspeak.

Buttigieg isn’t the only one in this administration that thinks higher gas prices are a good thing. Back in May President Biden himself also praised the skyrocketing energy prices, claiming that we are in an ‘incredible transition’ and claimed that “we’ll be stronger and the world will be stronger and less reliant on fossil fuels when this is over”.

In November 2021, when asked if there was a plan to bring down skyrocketing gas prices, Energy Secretary Jennifer Granholm laughed at the pain that you are experiencing at the pump.

When the Secretary of Interior, Deb Haaland, was asked by  Senator John Barrasso if she thought gas prices were too high, she dodged the question and stated “I completely understand the crunch that so many Americans are under right now,” she said. “I mean, I’m thinking back. I’ve been driving since I was about 18, so it’s, I know that we’ve had other — you know, I remember back when there were lines back out the gas stations and that kind of thing.” Barasso then pressed her on what her plans are and she couldn’t come up with any specific plans for how she would work to bring down gas prices,

Haaland was also clueless (or more likely lying) when she claimed that she had no idea about a memo leaked from her own department that stated that ‘A proposed program is not a decision to issue specific leases or to authorize any drilling or development’.

I would say these people are out of touch (and they are) but it’s far worse than that. These people know the kind of pain that skyrocketing gas prices has caused on people, but the ends justify the means. They aren’t concerned about you, they are only concerned about moving us and the world towards a Great Reset, where we operate completely on “green” technology, that is decades away at best from being reliable.

The skyrocketing gas prices aren’t Putin’s price hike or the greedy oil companies, they are due to the actions of this administration and the leaders of the World Economic Forum. They are part of a plan, which I exposed back in June and declaring a climate emergency is the final step in that plan.

Subscribe to my free newsletter below so that you never miss a story about important issues like the Great Reset. This email goes out every Monday morning and includes any articles that I published the previous week, along with several other important stories that I think you should know about.

All Posts »
PrevPreviousChina; Japan begin dumping U.S. Treasuries. What that means for your dollar
NextWHO Declares Monkeypox a public health emergency. Should you be concerned?Next