The Way We Take Our Country Back 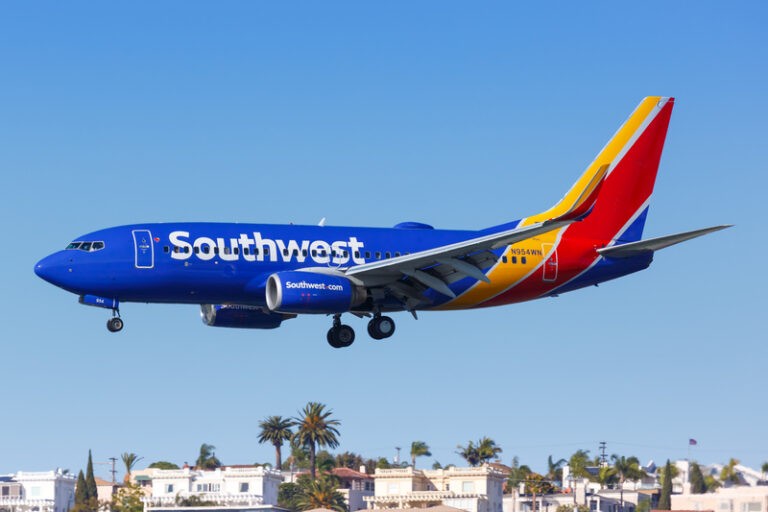 Last week, Southwest Airlines was forced to cancel 2,000 flights. This was about half of the flights scheduled for departure that weekend. They blamed most of these cancelations on the weather, but strangely no other airline was effected nearly this much. I guess the weather only effects this one airline and that Southwest can no longer fly when the sun is shining.

Anyone who can think for themselves knew that something didn’t quiet seem right when nearly 50% of flights were canceled due to “weather” and yet there was very little bad weather that weekend and again, no other airline was effected nearly as much as Southwest. So what’s more likely, that they had to cancel this many flights due to the weather or was it something else?

According to people that work for this airline, it wasn’t the weather that played the biggest role, but people finally having enough of these unconstitutional vaccine mandates and deciding that they are going to start standing for their rights.

The Southwest Airlines Pilots Association (SWAPA) filed a lawsuit last week requesting that a federal judge “temporarily block the company from carrying out federally mandated coronavirus vaccinations until an existing lawsuit over alleged U.S. labor law violations is resolved,” according to Bloomberg.

The legal filing stated that “The new vaccine mandate unlawfully imposes new conditions of employment and the new policy threatens termination of any pilot not fully vaccinated by December 8, 2021”.

Despite the legal filing, Southwest is continuing to deny the claims that the disruptions are due to a strike and continue to blame it on the weather and “poor planning”.

If the reports of strikes at Southwest are accurate, and it appears they are, Southwest employees will be leading the way in what I hope to be massive strikes across the country against vaccine mandates. If we are ever going to take the country back, we need massive interruptions to send a clear message to this administration. We can handle a few interruptions if it’s going to force the Biden administration to get their boot off of the necks of Americans.

I never thought I would say this but we need to start taking a page out of France’s playbook. This past summer, more than 200,000 demonstrated across the country against vaccine mandates. Thousands from healthcare workers to firefighters went on a strike to push back against the tyrannical mandates.

Americans banding together and peacefully pushing back against our government would be enough to end these unconstitutional mandates and to send a clear message to the CEO’s of these companies, that we will not tolerate being forced to take a vaccine. It’s time that all Americans from healthcare workers, to pilots to truck drivers to those that work in retail stand together and take their country back before it is lost forever.