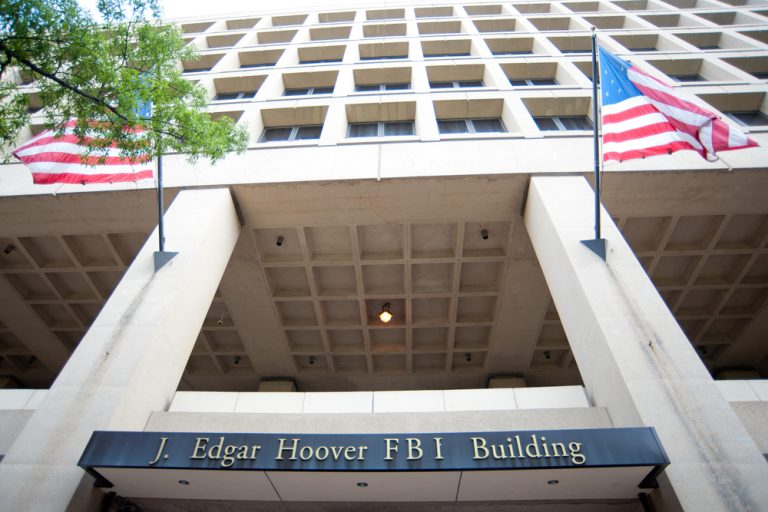 In October 2020, President Trump declassified most of the documents involving the Crossfire Hurricane investigation, which was the FBI’s investigation on Trump’s alleged Russian ties during the 2016 campaign.

On January 20th 2021, the Government Accountability Office (GAO) sent 27 boxes of material to Mar-a-Lago by mistake. Trump didn’t just carry these boxes out of the White House like the media would like you to believe. The GAO mistakenly sent these documents to Trump. And from day one Trump’s lawyers were in discussion with the GAO over what should be returned.

On March 24th 2022 Trump filed a RICO lawsuit against Hillary Clinton and everyone else involved in Russia-gate.

Just two weeks later on April 7th 2022, it was leaked to the Washington Post by unnamed sources that the DOJ was investigating Trump.

Journalist John Solomon found that in April Biden’s White House Deputy Counsel Jonathan Su was engaged in conversations with the FBI, DOJ, and National Archives, which disproves the claim that the White House didn’t know about the raid. Biden then empowered the National Archives and Records Administration to waive any claims to executive privilege that Trump might assert to block DOJ from gaining access to the documents.

In May 2022 the DOJ subpoenaed more documents.

Then on May 12th 2022 the DOJ had yet another leak from an unnamed source that told the Washington Post that the DOJ was using a grand jury to issue a subpoena to the National Archives so that they could see the 15 boxes that the Trump team handed over in January 2021.

On June 3rd 2022, The FBI visited Mar-a-Lago and Trump’s team allowed the FBI to look through the documents in the vault, with Trump even stopping by to say hello.

On June 19th 2022 Trump appointed former national security official Kash Patel and Journalist John Solomon to be “representatives for access to Presidential records of my administration”.

Two days later on June 21st, Trump continued with the RICO lawsuit on Hillary Clinton and everyone else involved in the 2016 Russian collusion hoax.

That same day, Kash Patel, who was a “representative for access to Presidential records” for Trump at this point, gave an interview to His Glory, where he said he was going to identify every document that was blocked from being declassified and that he was going to start releasing that information next week.

On Aug 9th Investigative Journalist Paul Sperry says that he was banned from Twitter after doing his job and tweeting “DEVELOPING: Investigators reportedly met back in June w Trump & his lawyers in Mar-a-Lago storage room to survey docs & things seemed copasetic but then FBI raids weeks later. Speculation on Hill FBI had PERSONAL stake & searching for classified docs related to its #Spygate scandal.” He then added “In other words, the FBI may be covering it’s tracks while using the (Presidential Records Act) as a pretext for the Mar-A-Lago search”.

On August 17th Newsweek reported that the documents that the FBI was looking for included documents involving Russia-gate.

We saw the FBI lying to the FISA court to justify spying on Trump’s presidential campaign over alleged collusion with Russia. They altered an email from the CIA and only got a slap on this wrist for it.

More on this story

All Posts »
PrevPreviousNate Silver: ‘Liberal elites’ pressured Pfizer to delay vaccine until after 2020 election
NextAre You Now on a Watch List?Next