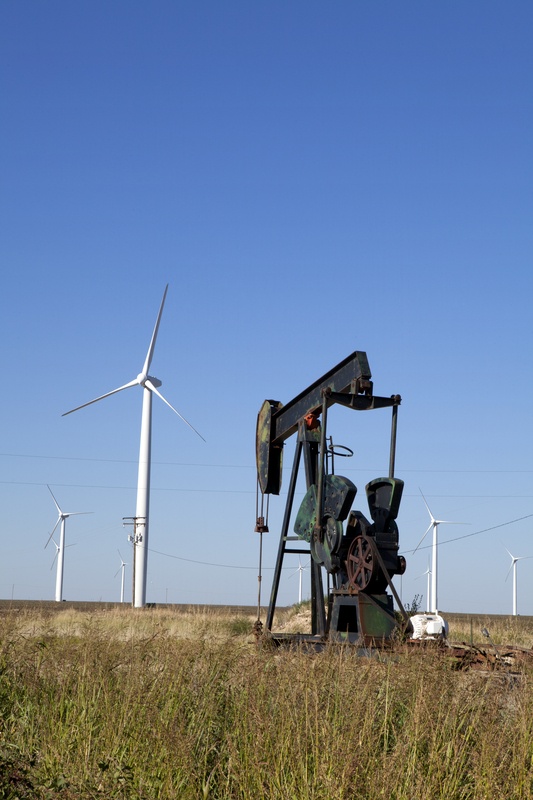 The winter storms in Texas this year are a reminder of why we can not implement the Green New Deal here. Despite Texas having massive amounts of oil, they are actually leading the nation in wind power and if the Green New Deal is implemented nationwide too fast, you will have the exact same issue. Blackouts across the nation will be a regular occurrence and it will lead to many deaths.

According to Representative Alexandria Ocasio Cortez, “Gov Abbott doesn’t seem to have a grasp on his state, so here’s a reminder: Texas runs 80-90% on fossil fuels. The real “deadly deal” is his failed leadership.” She later added “the infrastructure failures in Texas are quite literally what happens when you *don’t* pursue a green new deal.” Like always, she has zero clue about what she’s talking about.

Without “literally” doing some research and looking into the facts, you would think that Texas would be 90% run off of oil. Oil is plentiful in Texas and most of our refineries are along the gulf. But did you know that Texas is actually leading the nation in “green” energy?

Texas gets just 47% of it’s power from natural gas. 20.3% comes from coal and 20% comes from wind. That is already more then any other state and rapidly growing.  According to https://www.power-technology.com/features/us-wind-energy-by-state/, in terms of the number of homes that can be powered by wind, Texas leads the way, by far.  Texas wind farms have the capacity of producing 24,899MV, which is enough to power 6 million homes. The next closest state? Iowa with the capacity to produce 8,422MW. Texas powers nearly 3 times as many homes as it’s closest competitor. Anyone want to inform AOC?

There is plenty of blame to go around for what happened in Texas. The entire energy system was severely mismanaged. Texas should have been ready for a once in a generation storm like this. Texas should have spent a little more money and have the oil plants weatherized. There should have been backups to prevent a crisis like this from happening. But fossil fuels was not the main cause for the blackouts despite what AOC may think. It was because the wind mills froze and it was because of things like tax breaks for green energy that Texas wasn’t ready for a storm like this and it could be coming to your state within the next few years.

Wind power sounds like a good idea until a storm like this comes along and you lose that power. Unlike oil, you can’t store the wind for a day when it’s not windy or the wind mills freeze. And if you switch over to wind too quickly, and don’t keep up with the demand for fossil fuels, you are going to have the same problems as Texas had this winter. The “infrastructure failures in Texas are not “quite literally what happens when you don’t pursue a green new deal”, they are quite literally what happens when you do.

Texas is rapidly moving away from fossil fuels and towards wind power. According to the Texas Comptroller, “In 2009, coal-fired plants generated nearly 37 percent of the state’s electricity while wind provided about 6 percent. Since then, three Texas coal fired plants have closed and the use of wind power has more than quadrupled, as more transmission lines bringing electricity from remote wind farms to urban markets centers came online.” That is a 400% increase in wind power, just over the last decade. In that time frame Texas’ energy consumption increased by 20% due to it’s population increasing by 5 million in that time frame.

Texas was put into the position it was in due to corruption and severe incompetence. The plants should have been weatherized so that the natural gas plants didn’t freeze as well. But the corruption and incompetence goes much worse then just not weatherizing the plants. It’s because of tax breaks for the wind and solar industry that it’s no longer profitable to build and keep these oil plants running anymore. That was why Texas was put into the position it was and that these backups weren’t available when the wind mills froze and their capacity dropped to just 2%.

I have no problem with you as an individual choosing to switch to green energy. I would love to build an energy efficient home that is powered mainly off of wind and solar. But it’s not practical to do it nationwide overnight. You can’t automatically switch away from an energy source that is very reliable to something that operates at 30-40% of it’s rated capacity as wind plants do, and 25% of the rated capacity that solar does.

I’m not even against slowly and responsibly moving away from gas and building solar and wind plants as a nation, as long as you are going to have a reliable backup. The environmental left refuses to admit this but unlike wind and solar, fossil fuels are reliable. It is not possible to move away from fossil fuels to 100% green energy by 2050 like the Green New Deal requires.

If these green activists get their way and the Green New Deal is implemented, you will see a massive energy crisis within the next few years. You will see blackouts like you saw in Texas a few weeks ago, and it will be a regular occurrence nationwide. Yes, let’s do our part in saving the environment. Yes, let’s start slowly switching over so that we are relying more on green energy, but let’s do it responsibly so that what happened in Texas doesn’t happen in your state.