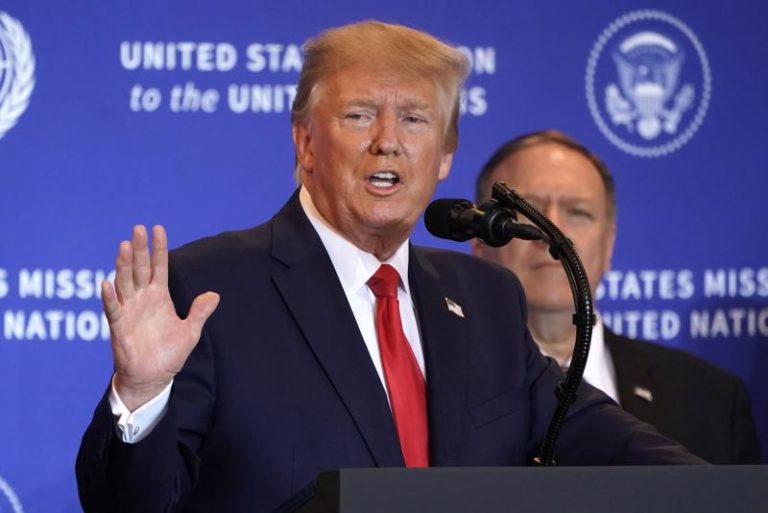 Let’s start with the fact that there is even a “whistle blower”. I’m not quite sure what he/she is even blowing the whistle over, considering it was a phone call, that four people were listening in on. What has been released isn’t an exact transcript, since transcripts are not taken, but it’s about as close as you can possibly get to being a transcript. Four people, each taking detailed notes throughout the conversation, and then afterwards comparing notes and putting together something like a transcript. Most of this “transcript” has been released to the public, except of course for the classified information. So what exactly are we blowing the whistle on? How are you even considered a whistle blower if most of what is in your report is just what you heard in the media and office rumors, none of which you can actually verify?

After this whistle blower came forward, House Intelligence Committee Chairman Adam Schiff, held a press conference in which he accused the President of asking the President of Ukraine for a favor…and that “favor” was to investigate Joe Biden. That is what is being reported by the media constantly.  The only problem is that it wasn’t the main point of the phone conversation. Was Trump wrong to mention Biden? Probably. It’s very likely that it wasn’t illegal but he probably shouldn’t have brought a candidate for President into it. The phone call however, had very little to do with Biden.

You watch the news reports and what you’ll see quotes from the transcript like “I would like you do us us a favor though….There’s a lot of talk about Biden’s son,” What they don’t tell you is what they ignored in the conversation. Those …. are two full paragraphs in which Trump talks about Crowdstrike and the Russian investigation. If you read the actual transcript, Trump was trying to further the Russian investigation. The “favor” had nothing to do with what the Democrats and the media are framing it as.

Schiff also claimed that the President attacking the whistle blower won’t change the facts. What I would love to know is why can’t we actually question the process behind the whistle blower? What exactly is Schiff so afraid of if he is so sure that the President is guilty of trying to destroy a candidate for President? It’s because he knows the truth, but you, the voter, can’t find out the truth or the entire Democratic playbook goes out the window. Every little thing is being spun to make you think that Trump is guilty of a crime, even if there is no evidence that a crime has even been committed.

Everything about the process with this whistle blower is completely off. When you have something that you are trying to blow the whistle on, there is a process that you are required to go through. We have this process for 2 reasons: 1. To figure out what information is credible and 2. That national security is not put at risk, by someone leaking classified information.

The process that, by law, you are required to follow is:

Step 3: IF the Inspector General deems that the information is both, credible and urgent, he then must forward that information to the Director of National Intelligence, involving the classified information.

Step 4: The Director of National Intelligence then has 7 days to submit a report to congress.

Step 5: If the information is deemed not credible or no action is taken, THEN the whistle blower can go directly to congress, BUT he must tell the Inspector General and work with the Director of National Intelligence.

Now all of this sounds very reasonable to me. Not only does it sound very reasonable but it’s also this little called “THE LAW”. This is the legal process that all whistle blowers must go through.

This is how it’s suppose to work but apparently that wasn’t good enough, because ORANGE MAN BAD. What happened this time around was the phone call between President Trump and the President of Ukraine took place, and what was on that phone call was so bad and so urgent that….he waited 18 days and then reported it directly to congress, skipping the legal steps of 1-4. The Inspector General has said that he can not explain that 18 day window between when the call took place and when the whistle blower notified congress.

So after 18 days, the Whistle blower took his claim directly to congress, Congress then notified the whistle blower that he needs a lawyer immediately to help him frame his claim, so that he could report to the Inspector General and then they’ll get it to the New York Times. Immediately, after the claim made it into the New York Times (not the report but just that there was a “whistle blower”), congress called for impeachment. They called for impeachment without even verifying that the claims of this whistle blower were true and ignored the fact that he/she broke the law by going directly to congress.

Even if this whistle blower had credible information, should he at least not be questioned on why he waited 18 days, and then skipped steps 1-4? Should there be no consequences for not following the law and putting national security at risk? But I guess all of that doesn’t matter because ORANGE MAN BAD.

As more proof that this was nothing but a witch hunt designed to take down the President from the very beginning, the “whistle blower” went to Mark Zaid to represent him. Who is Mark Zaid? In 2017, before Trump was even inaugurated, Mark funded an organization called “Whistle Blower aid”. According to the organization’s website in 2017, “Today our Republic is under threat. Whistle Blower Aid is committed to protecting the rule of law in the United States and the world.” This organization was out in the streets in 2017, offering free legal help to government officials that were trying to expose government wrongdoing. This organization was pushing for impeachment, even before Trump was sworn in.

It must be a coincidence that this whistle blower reached out to the same organization that has been pushing impeachment since the very beginning. It looks like they finally landed an impeachment case. I wonder if congress had his name written down somewhere and recommended it to the whistle blower.

Everything about this impeachment inquiry has “witch hunt” written all over it. Not a single piece of evidence has been released, before they started an impeachment inquiry over an office rumor. The whistle blower couldn’t even bother to go through the proper process to file a complaint, even though the information was so bad that he waited 18 days to report it. Oh, and he’s a CIA agent so he would know the proper process to go through. And the media can’t even accurately report what’s even in this transcript.

The media is so blinded by their hatred for Donald Trump that they will stop at absolutely nothing to destroy him, even if it means intentionally lying to you. It’s up to us to know the truth and to share that. Our Republic is at stake.

All Posts »
PrevPreviousUkraine: The Democrats Russia
NextWho is Alexandra Chalupa?Next