The New Economic Theory in America and What’s Coming 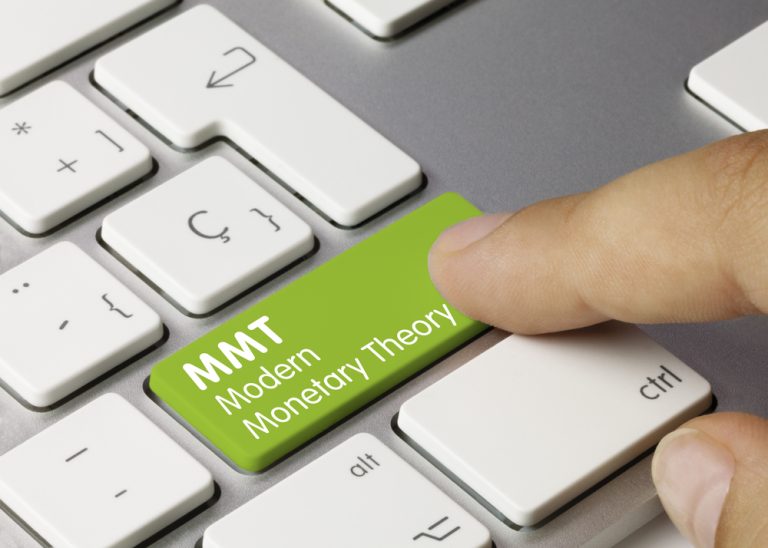 Thomas Jefferson said it best in his letter to John Taylor on May 28th, 1816 when he warned of reckless spending. “I sincerely believe with you, that banking establishments are more dangerous than standing armies; and that the principle of spending money to be paid by posterity, under the name of funding, is but swindling futurity on a large scale.” Can you imagine what he would say now about a country that is 30 trillion dollars in debt and yet continues to run trillion dollar deficits (currently $3 trillion for this year) yearly?

Anyone who is paying attention knows that this isn’t sustainable, but sadly I don’t think a majority of Americans are awake. Our entire system is on the brink of collapsing and yet no one seems to care. Congress and the President just keep spending and pushing for more multi trillion spending bills and the Federal Reserve (which by the way isn’t a federal organization. It’s a private organization made up of the top five largest banks) continues to print it.

What we are doing is called Modern Monetary Theory. Whenever someone in the government had a new idea for a government program they wanted, they use to have to explain how they were going to pay for it? Where was the money coming from to pay for this proposal? Is it through cutting spending from somewhere else or is it through raising taxes? We no longer do that. Under this new system we spend whatever we want, knowing that it’s never going to be paid back. This theory says that we don’t need to worry about deficits or the amount of debt that we are in because we can just print enough money for whatever we want.

The current face of the Modern Monetary Theory (MMT) is Stephanie Kelton. Kelton is a professor of public policy and economics at Stony Brook University. She’s not only a professor but she has all of the connections that she could possibly want. In 2015 she served as the chief economist of the Democratic Party’s staff on the U.S. Senate Budget Committee. In 2016 and 2020 she was the senior adviser to Bernie Sanders’ presidential campaigns. And in 2020 she was a member of Joe Biden and Bernie Sanders’s 2020 Unity Task Force, which was in charge of reforming the Democrat Party’s platforms. She also wrote a book on MMT titled “The Deficit Myth: Modern Monetary Theory and the Birth of the People’s Economy.

In 2019, Kelton gave an interview to CNBC where she explained her theory on the government being able to just endlessly print money because they have a monopoly on it. “MMT starts with a really simple observation and that is that the U.S. dollar is a simple public monopoly. In other words, the United States currency comes from the United States government. It can’t come from anywhere else. And therefore, it can never run out of money. It cannot face a solvency problem, bills coming due that it can’t afford to pay. It never has to worry about finding the money in order to be able to spend. It doesn’t need to go and raise taxes or borrow money before it is able to spend.” She goes on to claim that if a federal government were to act like a responsible household, meaning that if they were to cut spending in other places or look for ways to bring in more income so that they can buy something else that they needed or wanted, that it is somehow destructive to the economy.

Kelton has also stated in an interview that the government should run deficits high enough to reach full employment but not so high that they cause inflation. She also criticized President Obama for not spending enough money, despite the fact that we added $8.6 trillion dollars in the 8 years that he was in office. So if a trillion dollar deficit each year isn’t enough, what is?

Now she has admitted that it is possible for deficits to be too high, so what happens if they do get too high and inflation starts to rise? Cut spending? Well, no. She believes that that is when you should be raising taxes to help reduce the deficit.

Whenever a country gets this insane, it always eventually leads to hyperinflation and I fear that we are very close to that point. Study places like Venezuela and what lead to their rampant inflation in 2018. Study places like 1920s Germany where people would take a wheelbarrow full of cash to the grocery store because the dollar was so devalued and where people used dollars as wallpaper because it was worth so little. Or in 2008 and 2009 in Zimbabwe where inflation became so bad that inflation topped 89.7 sextillion percent and than they had to release a $100 trillion bill just to barely function. But it’s different this time. It can’t happen here. Sure.

Those that support MMT claim that it’s not going to happen here because the dollar is the world reserve currency. That does benefit us, for now. But what happens if powerful countries start dumping the U.S. dollar?

If you are the leader of a foreign country, and the U.S is acting this insane, why would you want to be a part of it? Why wouldn’t you dump the U.S. dollar to distance yourself from the insanity. And it’s not a far fetch idea. In July of 2020 Goldman Sachs warned that the risk of the world dumping the U.S. dollar is increasing. Many government leaders in Europe and Asia have been floating the idea of moving away from the dollar and going to a basket of currencies or China deciding that they want the Chinese Yuan to become the reserve currency. If the world really does start moving away from the U.S. dollar, and I think it’s very possible, we are Venezuela overnight. If this happens, the market will be flooded with trillions of more dollars returning to the U.S, which is the very definition of inflation (too many dollars chasing too few goods). America would fall into a depression overnight.

You need to prepare for what’s coming. I’m not going to predict that this is going to happen this year or next, but it is coming unless we wake up and change directions, and that doesn’t look like that’s going to happen anytime soon with the people we currently have running the country (both sides).

There are several things that you can do to prepare for the insanity that’s coming and I urge you to prepare quickly.

Really bad things are coming for the U.S. economy and I think they are going to happen quickly. I don’t know if the recent stock market plunge is the beginning of that yet or if the markets hit new highs before the real crash starts. I just know that things are going to get bad and this year I am going to be warning a lot about the Great Reset, Modern Monetary Theory, what is coming for the economy and what you can do to prepare before things get really bad. Make sure you don’t miss these articles by subscribing to my free newsletter below so that you never miss a thing.