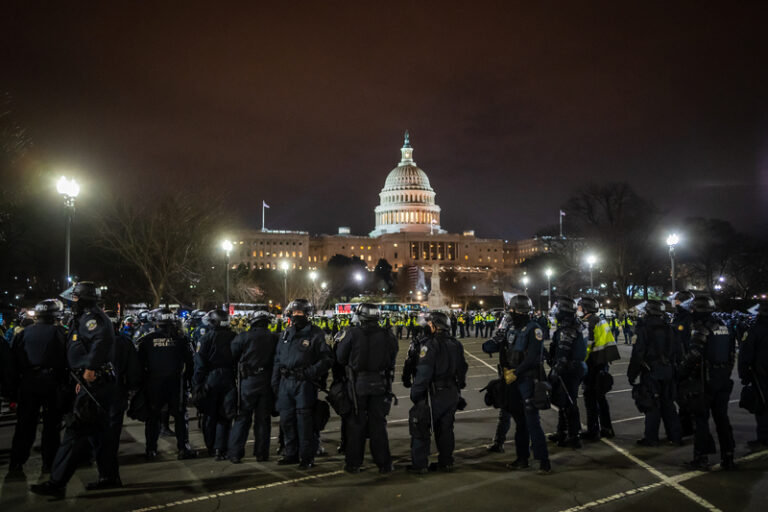 The Biden administration is working quickly to redefine domestic terrorism. They use the “insurrection” on January 6th as proof that “right wing extremists” need to be added to that list. The Biden administration and those on the far left are trying desperately to paint all Conservatives as “extremists” and “dangerous to “our democracy” and have now even resorted to calling Conservative Trump supporter “terrorists”.

I don’t know a single person that supported what the Left likes to call an “insurrection”, but in reality it was little more than a riot.. Most Americans were horrified at what happened on January 6th, but yet, we are all painted with the same brush and are all accused of being traitors, insurrectionists, terrorists and a whole host of other baseless accusations.

We are told that “right wing extremism” is so bad that the Capitol police is now setting up field offices in California and Florida and others that will be added in the near future to investigate threats against members of Congress. Isn’t that the job of the FBI? The 56 field offices that the FBI currently has across the country isn’t enough?

The U.S. Capitol police are reporting that threats against members of congress have risen 107% compared to 2020. To fight back against this growing threat, the Capitol police are now training with the national guard in Seattle and Virginia beach and are also seeking a $107 million budget increase. Even the Washington Post called the Capitol Police out for this massive budget increase request and claimed that they have “little accountability” as it is.

In June, Secretary of Defense Llyod Austin agreed to send the Capitol police eight Persistent Surveillance Systems Ground-Medium (PSSG-M) units. These units are going to be installed by the army and Capitol Police will be trained on how to use these. These units will have high definition cameras including night vision and will “enhance the ability to detect and monitor threat activity”.

The Capitol Police haven’t given any information on how these devices will be used or whether or not they will be storing data. If it’s anything like Baltimore where they tried a similar system, they were able to track people and vehicles for multiple days, according to a Federal Appeals Court. That court ruled that this system was unconstitutional and that it violated the fourth amendment.

What makes this even more disturbing is that we won’t ever know how the system is being used. Capitol Police are exempt from the FOIA (Freedom of Information Act) since it’s part of the legislative branch.

According to the Capitol Police, “throughout the last six months, the United States Capitol Police has been working around the clock with our congressional stakeholders to…pivot towards an intelligence-based protective agency.”

Why exactly do we need another intelligence agency, working in complete secrecy, with no freedom of information?

In June, the Biden administration released a “National Strategy for Countering Domestic Terrorism”. In the report, they claim that the reason that we need this new intelligence department is due to attacks in the United States being “committed frequently by those opposing our government institutions”. They cite just four examples and have to go back to the Oklahoma City bombing in 1995 for the first one? Four attacks over the last 26 years is “frequent” and justifies another intelligence department?

According to the White House “domestic terrorism is both persistent and evolving” meaning that they can evolve into declaring anything they want as “domestic terrorism”. And it’s evolving rather quickly. Yes, The Oklahoma city bombing was terrorism. While I don’t find the claims of “insurrection” credible, you can make the case that the January 6th riot was domestic terrorism. But this month the FBI went even further and are now claiming that those who oppose Covid measures and those who claim that there was election fraud are now potential terrorists. Someone who doesn’t believe wearing a mask is a potential terrorist? Someone who thinks the election should be investigated is a potential terrorist? So what does this evolve to next? Are we able to speak out about our government at all or will they start arresting anyone who does? I’ll answer that in a minute.

The insanity continues. According to the Homeland Security training program, “color blindness- the attempt to treat people equally regardless of their race-is actually racist”. So it’s racist now to not discriminate based on the color of someone’s skin?

Then we have the new Senior Advisor to the Secretary of Defense for Diversity and Inclusion. This is a new department which is run by Bishop Garrison. In 2019, Garrison tweeted “Support for him (Trump) a racist, is support for all his beliefs.”

In April of this year, Secretary of Defense Lloyd Austin created the “Countering Extremist Working Group and made Bishop Garrison the point man for the group. This new group is tasked with revising the pentagons definition of “prohibited extremist activities among uniformed military personnel” and with addressing issues raised by commanders and supervisors on “gray areas” such as reading, following and liking extremist material and content in social media forums and platforms”. Of course they don’t really define what these ‘extreme activities” are or what these “gray areas” are, but the definition is evolving so it could evolve into anything a few months from now.

A leaked memo from DARPA includes a new “extremist” category called “patriot extremism”. This is defined as the belief that the “U.S. government “has become corrupt, has overstepped it’s Constitutional boundaries or is no longer capable of protecting the people against foreign threats.”

This starting to sound like the Thought Police in George Orwell’s 1984 to anyone?

There is no other way to describe what the Pentagon, Homeland Security, the White House and many on the Left are pushing us into and that is a system similar to China where you will be told exactly what to think and if you dare to think differently or criticize the government, you will be deemed “an extremist” and will be silenced. It’s the same system that George Orwell warned about in his book “1984”. All you have to do is read their own words to see the direction that we are headed. So what’s next? If someone is an extremist for voting for Trump, supporting the Constitution, believes that the government is corrupt or doesn’t believe that people should be forced to take a vaccine or wear a mask? Will we start seeing people arrested for not falling in line? If history has anything to say about it, the sad answer will be yes and it looks like we aren’t far away from that.

If you found this article on social media and like the content, make sure to subscribe to my free newsletter so that you never miss a story. I’m not sure how much longer until I am banned from social media so that is the only way that I can get the information that I need to to you.

For more on what is currently happening to our nation and what is coming, check out: