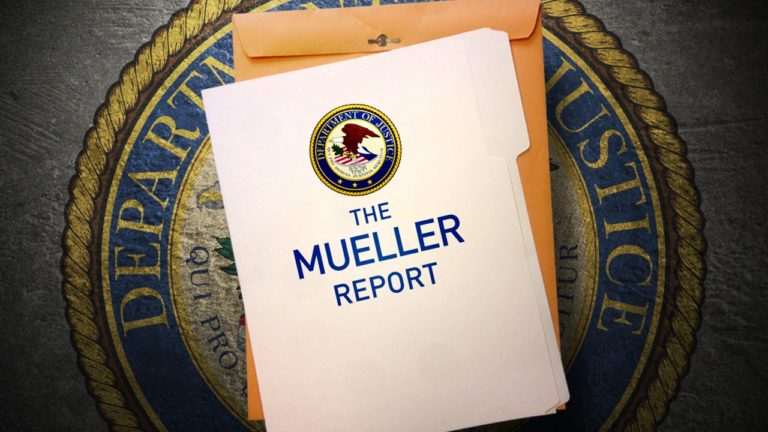 The long awaited Mueller Report has finally been released to the public. In this 448 page report you can pull any quote out of context and make it say exactly what you want it to say. That’s exactly the reason I wanted to explain the full report and put the report’s claims in context instead of the one-liners that you normally see in the media.

First, I want to address the claim that the un-redacted report needs to be released. The full un-redacted report can not legally be released. As I explained in more detail in my article from April 1st, the law was changed after the investigation of Bill Clinton concluded in 1998. The reason that the rules were changed was because the final report requirement provided “an incentive to over investigate in order to avoid potential public criticism for not having turned over every stone and creates potential harm to individual privacy interests.” (Section 600.8, Paragraph C, Federal Register Volume 64, Number 131.) No matter how many cries of collusion, obstruction of justice, or any other claim that the left can come up with, the full report can not legally be released, due to a variety of reasons including harm to an ongoing matter and personal privacy. The redacted sections are clearly labeled throughout the report.

Many now want to claim that this report did not exonerate the President, but didn’t convict the President either. It’s not Mueller’s job to prove that something didn’t take place. It was his job to prove that a crime did take place, which he has not done. Despite the beliefs of many, we still do have innocent until proven guilty, and the investigation worked exactly the way it was suppose to work. You can’t convict someone of a crime if you don’t have solid evidence that they committed said crime.

There are 10 episodes of possible obstruction of justice but it’s all stuff that we already knew. Basically what this report does it provide a bunch of “half ways and could be’s, but does not provide concrete evidence that any crime was committed.

The worse thing in this report is that he wanted to the investigation to end. The thing that made Trump look the most guilty is wanting the investigation to end, not because he was trying to hide something, but because he was more concerned with media perception. Trump is a guy that only lives in the moment and will say anything in that moment to move on from what he sees as a distraction. Trump is a type of guy that will lie just for the sake of lying, even though there’s nothing behind it. Is it immoral? Yes. Is it criminal? No.

Trump was more concerned about winning the election and getting things done then what might be uncovered during the investigation. Like he’s been saying all along, he’s innocent, and the report backs up his claims.

We know that media isn’t going to be truthful and they proved that once again with taking a quote out of context. On Page 290, Donald Trump responded with “Oh my God. This is terrible. This is the end of my presidency. I’m fucked.” The report then describes Donald Trump getting angry at Jeff Sessions for allowing the investigation to continue. Now reading that you might think here’s clearly someone who is guilty. Why would someone get angry and insist that his presidency is over if he did nothing wrong? If we had real journalist in this country they would have included a few lines later where he says the reasoning for why he thought his presidency was over. “Everyone tells me if you get one of these independent counsels it ruins your presidency. It takes years and years and I won’t be able to do anything. This is the worse thing that ever happened to me.” Donald Trump’s main concern is getting his policies accomplished and he views this investigation as a distraction for that.

I don’t know what person would be okay with being falsely accused of a crime and investigated. Any normal person would want the investigation into their lives to end so that they could move on with their lives. The fact that he was angry that this took up a large portion of the past two years is understandable.

So what happens now? The alleged Obstruction of justice will likely be investigated by the House. While there was no illegal activity, the House can impeach for just about anything, regardless of whether or not a crime has been committed.  I wouldn’t be surprised if the House did bring up multiple charges of impeachment. The Senate would then have to investigate those charges and decide if the President should be removed. While impeachment is a very real possibility since Democrats control the House and only a simple majority is needed to impeach, it is extremely unlikely that two thirds of the Senate will vote to remove Trump, based on what’s in this report which is a whole lot of nothing. If new evidence were to come out, then that might change.

As disappointing as this report is for many on the left, this is a really good thing. It’s sad when so many are rooting for collusion. It’s sad when so many are disappointed that collusion didn’t happen. Did Russia try to interfere with the 2016 election? Yes. That is what we should be talking about. That is what I have been concerned with since the 2012 election, when the exact same people who are crying now that Russia is a threat, mocked those who were claiming that Russia was a threat. There is no denying that Russia didn’t try to interfere with the election. But the fact that no American colluded with a foreign government is a really good thing.