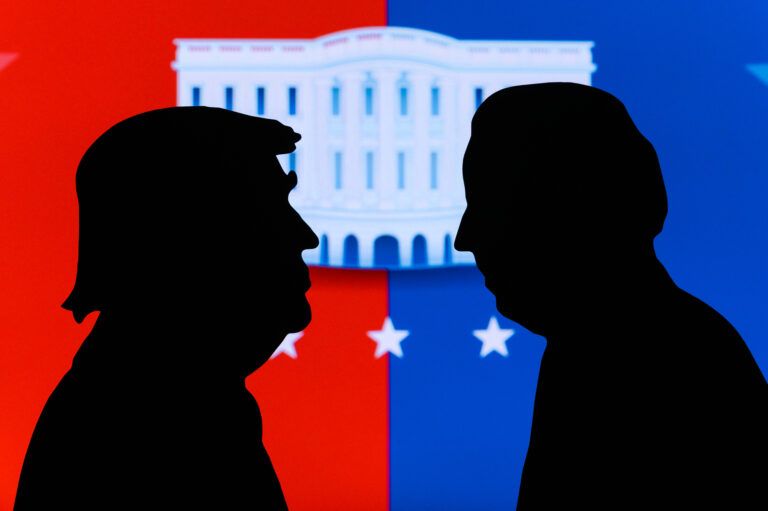 I really hope I’m wrong about this one, but the danger of the 2020 election sparking a civil war is at least a possibility with the current climate we are in. Most will probably automatically dismiss this but what other outcome is there if it looks like this election was tampered with and no matter who wins, the other side won’t accept the results? There’s a possibility that both sides will be upset, depending on how election night and the following weeks and months turns out, and I’ll get to that devastating and likely scenario in a minute. If 50% or more are not going to accept the results of this election no matter who wins, what is still holding this country together? The Bill of Rights? We don’t even agree on those anymore.

There is one way where I believe that a majority of people will accept the results and that is if one side wins in a landslide, which I don’t see happening. If we had a Reagan-Carter election where one side (either side) beats their opponent by at least 10%, and carries 400+ electoral votes, the losing side may accept the results, even if they aren’t happy about the outcome. We may still be able to recover and exit the road that we are currently one.

To win in a big enough landslide, where enough Democrats would accept the results of a second Trump term, Trump would have to sweep every single tossup state and flip several more that he is very unlikely to win. Carrying every tossup state will give him 325 electoral votes (if he won every electoral vote in Maine and Nebraska, both states which split their electoral votes). Prior to 2016, 300+ electoral votes would have been more then enough to convince the other side to accept the results. I don’t see that happening this year. And unless he would flip a solid blue state like California or New York, he won’t get anywhere close to the 400 electoral votes that I believe he would need to convince Democrats that he legitimately won.

The opposite is true if Biden were to win by a very narrow margin, especially if it looked like the election was tampered with. If Biden wins this narrowly, and there’s reports of things like ballot harvesting and mail in votes being counted passed the postmarked date (which they shouldn’t be counted if they weren’t sent in on time) the right isn’t going to accept those results.  The only way that the right is going to accept the results of this election is if Biden comes out of this clearly the winner and has won by a large enough margin where any fraud or votes counted past the post marked date is found (and that is going to happen, especially in the swing states) is enough where that wouldn’t have affected the results. I don’t think it would take the right as much to accept the results but Biden will still likely need to win this with at least 325-350 electoral votes for the the majority of the right to accept that Biden fairly won this election, even if they think he (and likely Kamala Harris very soon) would make horrible Presidents. There are more solid Democrat states then there are Republican, so Biden could accomplish this if he were to win at least most of the current tossup states. If he were to do this, we may be able to somewhat save our country, at least from civil war (maybe), although the fundamental transformation that President Obama promised would be complete.

There is another scenario though, and probably the most devastating one, but the most likely one considering our current circumstances. This has never happened in the history of our country. The closest you can come to this is the 2000 election between George W. Bush and Al Gore but if it happened in 2020, it would be a thousand times worse and could very well tear this country apart.

The 2000 election wasn’t called until 5 weeks after Election Day and only when the Supreme Court stepped in to end the endless recounts in Florida. Due to Bush holding a razor thin lead over Gore in Florida at the time of the Supreme Court getting involved, they declared Bush the winner of Florida in a 5-4 decision, and that gave him enough electoral votes to push him over the 270 electoral vote requirement to win the presidency. Bush ended up winning the electoral count 271 to 266, but Gore won the national popular vote 48.4% to 47.9%.

2000 is the closest example to what will very likely happen this November, but it will be a thousand times worse for several reason. 1) We viewed the other side as Americans, who we just disagreed with. We don’t anymore. Many on both sides view the other side as evil and even go as far as accusing the other side of being traitors or Nazi’s. 2) This election might not just be close, but we could end election night with Donald Trump leading by a significant margin and then as the days and weeks go by, that lead slips away and possibly Biden ends up winning several weeks, or even months, later.

I do want to mention why I believe that it will be Trump who appears to be the winner election night and how I don’t see a situation playing out where Biden appears to win and then sees that lead collapse. Republicans are really pushing voting in person while Democrats are pushing for the mail-in votes. You may have many Republicans, especially the elderly, vote by mail but a majority of Republicans will likely show up to vote in person and a majority of Democrats vote by mail. This means that most of the votes counted first are going to be votes for Donald Trump. As those mail in ballots are counted (and it’s going to take weeks), the race will start to narrow, significantly, and you will see Trump’s lead collapse. I don’t know if Biden will end up winning when the election is finally called, but it’s going to be a lot closer then it initially looks. Unless Biden wins on election night, this race will not be called on election night.

Now imagine a scenario where Trump appears to win in a landslide. Every few days, more votes are counted, and each time that lead gets slightly smaller, and that goes on for several months. Finally, in December or possibly even January, the race is finally called and Joe Biden has narrowly won. Throw a few swing states into the mix that decided that they were going to count votes that were mailed after the post-marked date and add every possible thing that the left will try, including ballot harvesting, intimidation of those who do show up to the polls, states automatically sending out mail-in ballots to everyone even if they didn’t request them (and they are already doing it) and everything else you can possibly think of. After all, many on the left do believe that Trump is the absolute worst person alive and the ends do justify the means when it comes to someone who they openly admit to being like Hitler. Does anyone really think the right is going to accept that? Should the right accept the results of an election that looks like it was stolen from them?

We can also add in that the left already believes that Donald Trump colluded with Russia to steal the 2016 election. There is evidence of Russian interference but no evidence of collusion or that Russia swung the election. But many still believe that. Do you really think that Donald Trump winning in another close race is going to make that better or worse, especially when they view him as Hitler?

With everything that I just described, is the country splitting in two or more fractions really that much of a stretch? And does anyone on either side really going to want to fight to keep the other side as part of what is currently the United States? If Trump wins another close race, and Oregon, Washington and California decided that they were going to break away, is anyone on the right really going to want us to potentially go to war against several radical left states and force them to stay in the Union? With the exception of many on the left wanting to keep Texas in the union just to punish those “deplorables” who voted for a guy who many believe is worse then Hitler, would anyone on the left really want to fight to keep Texas, especially when Texas leaving would almost guarantee a Democrat President in every single election for decades to come?

I hope I’m wrong about all of this but I don’t really see any other way. We are going to face very challenging times in the months and years to come and I have a feeling that when we get to next summer, we are going to view 2020 as calm compared to what is coming. Things are going to get much, much worse before they get any better. Hopefully we still have a country left when that pendulum finally starts to swing back.