The Managed Collapse of the American Empire 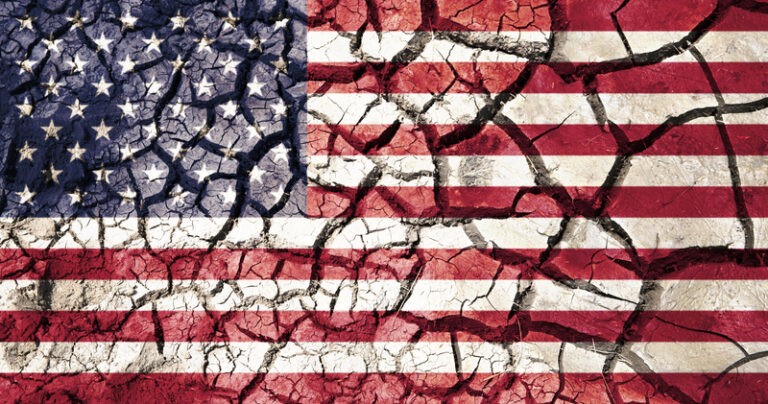 I think we need to start asking the question, is everything we are seeing under the Biden administration just incompetence from a President who doesn’t seem to know where he is most of the time or is it something far more evil? Are there a group of people running the country that want to see the collapse of the United States?

It’s getting harder and harder each day to claim that the Biden administration is just incompetent. How can a President be this incompetent on this many things and yet continue to double down? The disastrous withdrawal from Afghanistan. The out of control border crisis. Spending trillions of dollars despite already skyrocketing inflation. Shutting down America’s energy production and then begging OPEC to increase production because of skyrocketing gasoline prices. Why is the President doubling down each step of the way despite the nation being able to clearly see how disastrous his policies have been?

What we are witnessing is the managed collapse of the American empire, by a group of unelected bureaucrats. It’s doubtful how much Biden is actually aware of what’s going on. I think he has some awareness, but just by looking at him and listening to him you can tell that he’s not all there. The people behind him know exactly what they are doing. These are a group of people put in place by President Obama, and they are still pulling the strings behind the scenes today.

These are a group of people that hate the existence of the American empire. How else would you explain the disastrous policies coming out of this administration? How can anyone make the argument that it’s just incompetence when every decision that is made further accelerates the decline of America? If it was incompetence wouldn’t they at least get something right occasionally that would move America in the right direction and that would move America more towards freedom? And wouldn’t they review their policies and correct their mistakes if they were truly mistakes?

Afghanistan was a complete disaster and everyone who is paying attention knows that. This was one of the biggest foreign policies disasters in history.

One month before the pullout, when asked if it was inevitable that the Taliban would retake Afghanistan, Biden claimed “No, it is not. Because you have the Afghan troops that’s 300,000 well-equipped — as well-equipped as any army in the world — and an air force against something like 75,000 Taliban. It is not inevitable.” Just one month later, the country was run by the Taliban. How do you mess up this badly?

The failed policies of this administration left thousands stranded in Afghanistan because they refused to evacuate civilians first before the military and refused to keep control of the airport until they were evacuated. Or was it a failed policy? Did they intentionally create this crisis so that America looked weak on the world stage?

Biden then claimed that he doesn’t recall several top generals suggesting that 2,500 troops need to be left in Afghanistan to prevent the Taliban from retaking the country. During a hearing before the Senate Intelligence committee, Gen Milley testified that he did recommend keeping 2,500 troops in Afghanistan and was confident that the President did hear is recommendation. So who is lying? Is the President lying or are the top generals lying? And what other purpose would the President have for ignoring the recommendations of everyone at the Pentagon and then doubling down when it turned out his decision was a disaster?

Checked how the border is doing lately? It’s in a full fledge crisis. The federal government has refused to do anything to stop the massive amount of people overwhelming our border patrol agents. Under Trump in 2020, there were 345,000 encounters between Border Patrol and illegal immigrants. So far in 2021, there has been 1.4 million encounters. Border towns in Texas are so overwhelmed by this problem that many stores are completely running out of food. And it’s about to get worse. Reports are that another 70,000 are on their way.

Vice President Kamala Harris was put in charge of the border but where is she? When asked why she hasn’t visited the border, Cackling Kamala responded to NBC’s Lestor Holt that “I haven’t been to Europe either.” Well, you weren’t put in charge of Europe, you were put in charge of the border which you haven’t even visited. After getting asked enough times by the media, she finally visited but 30 miles away from the actual border, which would be like visiting New Jersey and claiming you toured Ground Zero. She still hasn’t visited the hardest hit areas which are 800 miles away from where she visited.

Everyone knows that this is unsustainable. You can not have millions of people coming into the country illegally every year and overwhelming the system. Even the Secretary of the Department of Homeland Security has admitted that this is unsustainable in a leaked audio. So why aren’t they doing anything about it? Why aren’t we putting the military down at the border? Why are they spreading lies about border patrol agents in Texas who are doing the job that the federal government is refusing to do?

The only answer is that this is intentional. Get as many people to flood the country as possible, overwhelm the system, make them legal citizens and get them to vote Democrat.

Been to the grocery store lately? Prices are up more than 5% overall since last year. That’s the largest increase in 13 years, and if that’s the official number. With all of the tricks that they have to make things seem better than they really are, and count these items but don’t count these other items over here that have skyrocketed this year, the real inflation is over 10%. Sure inflation is 5% when you don’t count that gas prices are up 40% this year, natural gas is up 180%, or if people switch from eating steaks to hamburgers because steak is too expensive, they stop counting the skyrocketing steak prices in with the inflation number. They have all kinds of tricks to try to fool people into thinking that things are not as bad as you feel every time you are in the checkout line.

We also need to mention that the Producer Price Index hit 8.3% year over year for August. That is the highest ever recorded since they began tracking inflation in 1929. That beats the previous record set of 7.8% just one month earlier.

Even the fed is admitting that inflation is lasting longer then they expected and they they will begin to raise interest rates earlier than expected to try to reign it back in.

Let’s take a moment to define what inflation is. To put it simply, it’s too many dollars chasing too few goods. Inflation skyrockets when you flood the market with too many new dollars, and the country isn’t producing enough to meet demand.

We already can’t keep up with demand. Grocery and retail stores never fully recovered from the shortages that we saw last spring when people were hoarding things like food and toilet paper. But they aren’t anymore and still many items you see are still out of stock. It’s because these factories can’t get people to work. It tends to happen when you pay people enough money through unemployment and various other social welfare programs and they can make nearly what they would make working or more in many cases.

Sadly, these shortages are nothing close to what I fear is coming in the very near future. Costco has once again started limiting purchases of certain items like toilet paper and certain cleaning supplies and our supply chain is already very fragile. We have 90 ships sitting off the coast of Los Angeles because they don’t have enough people to unload them and it will result in significant shortages and prices even rising more.

To make matters worse, your government now wants to spend another $3.5 trillion of money that we don’t have, flooding the market even more. Go back to my definition of inflation, “too many dollars chasing too few goods”, do you think that things are going to get better or worse with spending another $3.5 trillion?

We are headed for a massive energy crisis in the next few years. One of the first acts of Biden as President was to end expansion of the Keystone pipeline, which would deliver oil faster, cheaper and safer to American cities. Not long after he killed this expansion project, he approved a pipeline for Russia, one of America’s biggest enemies, so that they can deliver more oil to Europe and have even more control over the region. He also shut down drilling in the Arctic National Wildlife Refuge in Alaska. Then when prices began to price, he went to OPEC and asked them to increase production to control the rising prices and they told him no.

Under Biden, gas prices are up by over $1 per gallon since January 20th and natural gas prices are up 180% in that same time frame. Things are looking like they are going to continue to get worse. California is already seeing over $4 per gallon and I think you could see $5 per gallon gasoline nationwide by the end of Biden’s term and even as high as $10 in California.

Why are we rapidly moving away from fossil fuels and towards green alternatives that don’t actually work? I know the claims that we need a more sustainable environment but why are we moving so rapidly away from a system that is reliable and towards technology like solar which is decades away at best from being efficient? And why aren’t we talking about how the technology that goes into making the solar panels is actually worse for the environment then any CO2 that you would cut by “going green”?

Sadly, the list goes on and on on how Biden and those behind the scenes are accelerating the decline of the American empire. Why is it that every single decision by this administration accelerates that decline and moves us more and more towards an authoritarian system like China’s. If it was truly just incompetence, wouldn’t something at least go right for America?

For more on stories such as what is coming with the economy, visit Mikulawire.com and subscribe to our free newsletter.