The Left’s Playbook For A Color Revolution in America 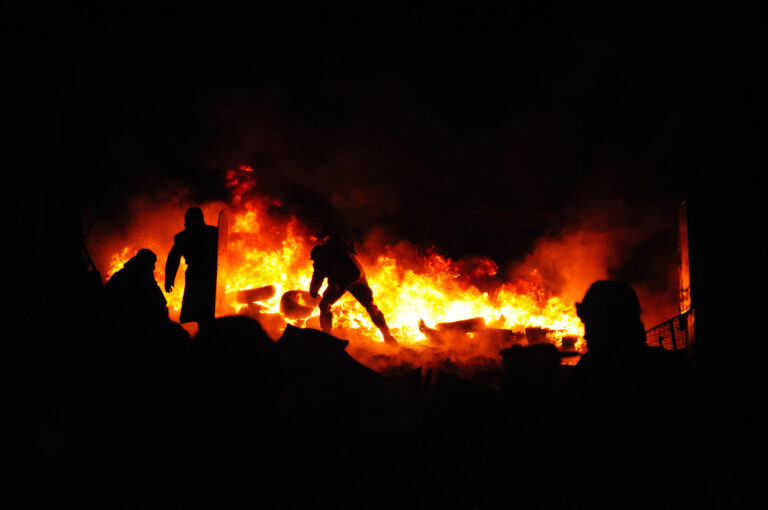 Ukraine. Russia. Benghazi, Libya. Arab Spring. What do they all have in common? They have all been through color revolutions. The same type of a revolution that Marxists are now pushing for in the United States.

Before the 2016 Election, those on the far left likely weren’t pushing for this type of revolution in the United States. But then something big happened where they panicked. It was election night 2016 when Donald Trump won. They were so close to “fundamentally transforming” America and that all went out the window when Hillary Clinton lost. President Obama started the fundamental transformation, and Hillary Clinton was going to complete the process.

Instead of just accepting the results and running a better candidate next time, they started preparing the ground for the same type of Revolution that you see in Eastern Europe and the rest of the world. Instead of nominating a better candidate and trying to convince you to join their side through a fair election process, they started planting the seeds for revolution on the day after Hillary Clinton lost.

In November 2019, Norman Eisen, who was President Obama’s Special Counsel for ethics and government reform in 2009 and then appointed by President Obama as ambassador to the Czech Republic in 2011, wrote a 100 page report titled “The Democracy Playbook: Preventing and Reversing Democratic Backsliding.”

In the report he talks about some of the “more extreme institutional measures” that they can use to prevent this Democratic backsliding. “Opposition leaders may also choose to pursue more extreme, institutional measures available to them, such as impeachment processes, votes of no confidence, and recall referenda. To raise a profile of their campaign against democratic erosion, opposition leaders can also utilize extra – institutional tools – engaging in or encouraging, for example, a protest, strike, or boycott, in conjunction with civil society (an organization that was created by George Soros).” Hmmm. Sound familiar?

Could this be the reason why they insisted on wasting tens of millions of dollars in a sham impeachment and then proved absolutely nothing, but still can’t accept the results of that investigation? Could that be why they are threatening yet another impeachment for Trump nominating someone to replace Ruth Bader Ginsburg, something he has the Constitutional responsibility to do? Could this be the reason why we have seen endless protests/riots for four months now, and Democrats refusing to denounce the violence until recently, when they saw that the polling wasn’t looking good?

Norman Eisen was also part of Adam Schiff’s impeachment committee and even drafted ten articles of impeachment a month before Nancy Pelosi announced the impeachment committee. In 2018, as soon as the Democrats took the House, Jerry Nadler hired Norman Eisen to get ready for impeachment. House Democrats hired a guy who wrote a playbook for a color revolution to lead them in an impeachment effort, which was part of the playbook. They knew that no crime was committed but they had to paint Donald Trump as a corrupt President.

Impeachment was the plan from the very beginning. The weekend after Donald Trump won, David Brock (Founder of Media Matters and a big supporter of Hillary Clinton) put together a conference of liberal donors to map out how Democrats would “Kick Donald Trump’s ass” according to Politico.

Media Matters and CREW (Citizens for responsibility and ethics in Washington), which was a group started by Norman Eisen in 2003, wrote a 50 page playbook for the conference titled “Democracy Matters: Strategic Plan for Action”. In the report they state that “Trump will be defeated through impeachment or at the ballot box in 2020.” According to the report, “Trump will be inflicted by a steady flow of damaging information, new revelations, and an inability to avoid conflicts issues”  and that CREW will “relentlessly probe his global conflicts of interest and administration ethics problems through aggressive use of research, open records request, legal action and FOIA litigation.”

Now you can maybe argue that after Trump was sworn in and they noticed things that appear to be conflicts of interests, they should question the President. But they didn’t wait. He wasn’t even in office a week when this playbook came out. They decided that he was guilty of conflicts of interests and that they were going to push for impeachment, before he had even done anything. And January 26th 2017 was just when the playbook was handed out to the big money donors. They started writing it immediately after the Election.

While Revolution may not have initially been the plan, the radicals on the left knew that they were out of options and that is why they are now doing anything possible to sow the seeds for what happens after the 2020 Election. They know that there’s a legitimate chance that Donald Trump will now get re-elected, and if he does, they are prepared for a revolution.

Absolutely everything that is happening today is coordinated. From the riots that the left has spent months refusing to denounce, to the constant smear campaign against Donald Trump, even to the skewed polls that are showing Donald Trump winning 2 to 3 times what he did with minorities and Democrats in 2016, and yet somehow still losing to Biden by 6%. Everything is being set up to try to paint the picture that Donald Trump is so unpopular that he couldn’t win in a fair election, so he had to rig the election to get re-elected. All of it is part of the 7 pillars of Revolution which came out of the Obama administration.

You are being set up for a revolution, and if you aren’t informed, they will get away with it.