The Left’s Plan to Hijack The Supreme Court 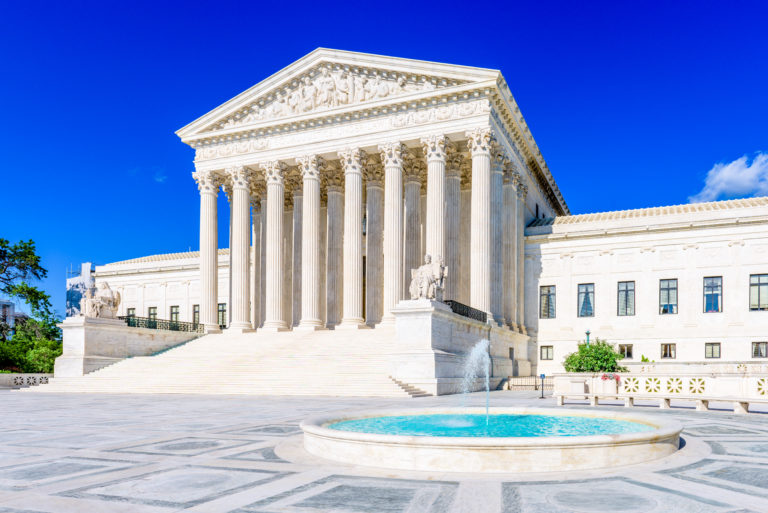 In May 1935, in a single day, the Supreme Court struck down three significant New Deal laws in President Franklin Delano Roosevelt’s first term. Just months after winning a second term in 1936, FDR came up with a plan to add six new justices to the Supreme Court, one for every justice over the age of 70, after they refused to support the New Deal. As much as Democrats loved FDR, this was a bridge too far. They argued that packing the court defeats our system of checks and balances, and rightly so. Would Democrats today have the same reaction that they did in 1937?

It doesn’t seem that the Democrats would be willing to stick to that position today, especially when you look at many of the current candidates running for President. Packing the Supreme Court is becoming a litmus test for 2020. Democrat Presidential candidates Elizabeth Warren and Kirsten Gilibrand have refused to rule out packing the Supreme Court if they are elected. Kamala Harris recently claimed that “We are on the verge of a crisis in the Supreme Court. We have to take this challenged head on, and everything is on the table to do that.”  Beto O’ Rourke recently advocated for a 15 seat Supreme Court, which would include five justices appointed by Republicans, five appointed by Democrats and five that would be selected by the other ten. Pete Buttigieg has made similar comments.

The idea that we are going to allow justices to appoint other justices is completely absurd. As we get closer to the start of the 2020 primaries, more candidates are likely to jump on board with some version of adding more seats to the Supreme Court. At this stage in the race, each Democrat candidate needs to try to out crazy the others if they are going to have a shot at the nomination.

So what is the reality of a 15 seat Supreme Court and what is the process to getting there? Is it even Constitutional or is the number of Supreme Court justices set at nine? Has there every been more or less than nine?

The Constitution doesn’t establish a set number of Supreme Court seats and leaves the number of seats up to congress.  It is very possible that if Democrats win in 2020 with enough seats in congress and the White House, they could potentially add several more seats to the Supreme Court. And they wouldn’t need a super majority to do it. With both houses of Congress, they could pass legislation that adds any number of seats to the Supreme Court. That legislation would then go to the President to sign.

This wouldn’t be the first time either that the Supreme Court had more or less then nine seats. Up until 1869, the number of Supreme Court justices changed a number of times. In 1789, we started off at six. By 1800, that number dropped to five, when congress wanted to restrict Thomas Jefferson’s power. When the next congress came in that was favorable to Jefferson, that number was then expanded to seven. In 1863, the size of the Supreme Court expanded from nine to ten. After Lincoln’s death in 1865, congress reduced the number of seats back to seven, and then increased it back to nine when Ulysses S. Grant was elected President in 1868 The number has been at nine ever since.

While, it’s not unconstitutional to add or take away seats on the Supreme Court, adding seats just because a party controls both houses of congress and the White House, is a significant breach of checks and balances, and is an extremely dangerous game to play.

When FDR proposed expanding the Supreme Court to 15, Democratic Senator Burton K. Wheeler said it best. “Create now a political court to echo the ideas of the Executive and you have created a weapon. A weapon which, in the hands of another president in times of war or other hysteria, could well be an instrument of destruction. A weapon that can cut down the guarantees of liberty written into your great document by the blood of your forefathers and that can extinguish your right of liberty, of speech, of thought, of action, and of religion. A weapon whose use is only dictated by the conscience of the wielder.” Wheeler was a Democrat who supported FDR’s new deal, but recognized the dangers of packing the Supreme Court, just to pass what you think would be good for the country. Wheeler’s words are truer today then ever before. The question now is does anyone on the left have the courage to stand against packing the Supreme Court, even if they agree with their side on every other issue? Do we have a modern day, Senator Wheeler with the courage to stand for what’s right, even if we don’t agree on everything or any other policy?

Marco Rubio recently introduced a Constitutional Amendment that will permanently limit the number of Supreme Court justices to nine if it were to pass. I agree with it. Not just because I don’t want the Democrats to pack the court, but because I don’t want anyone to pack the court. Neither side should be able to just add Supreme Court justices because they can and that they are willing to do whatever it takes to push their agenda, as great as their agenda may be. This should be an issue that both sides can come together on. No party should have this much power. Sadly, I don’t see it passing anytime soon with the current congress.

The strategy for 2020 is to get everyone to panic. Don’t have a discussion where both sides come together and come up with a reasonable approach. Just panic and do something right now. It doesn’t matter what it is, just do something. They want to do it with guns and would have accomplished it already if it weren’t for the second amendment. They are trying to do it with climate change. Now they want to do it with the Supreme Court.

As citizens we need to be willing to stand up for what’s right, even if it means going against our own side and not getting everything we want while our side is in power. I don’t care whether it’s Barack Obama, Donald Trump, Elizabeth Warren or any other person who is elected. No President, no party, should have the power to change the Supreme Court just because they didn’t get their way with the previous President. It’s time that both parties come together, stand on principles, and pass a Constitutional amendment that limits the number of Supreme Court Justices to nine so that the Supreme Court isn’t used as a political tool to get their agenda passed.

All Posts »
PrevPreviousSocial Security to Run Dry By 2035. Why Isn’t Anyone Providing Solutions?
NextLGBT Rights vs Religious LibertiesNext