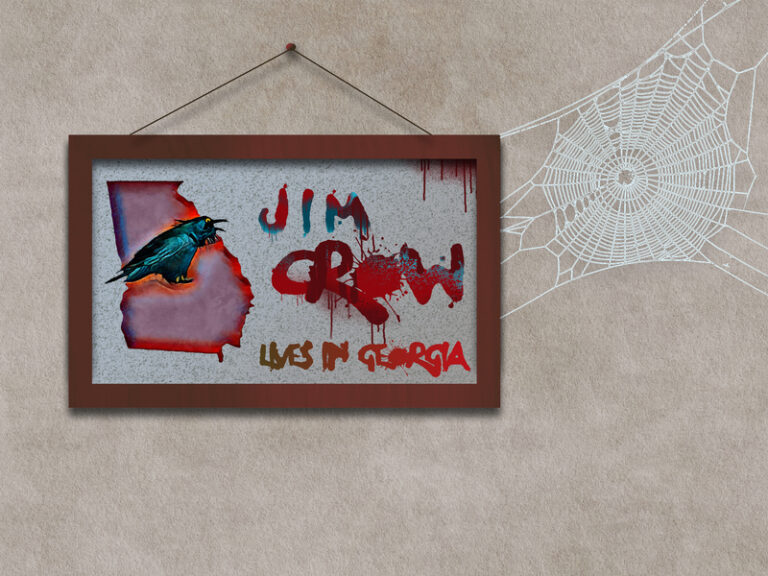 It seems like everyday now the mainstream media picks a narrative and they run with it, regardless of what the actual facts say.

They are doing it once again with the new voting law in Georgia. We are being told that this is a discriminatory law that takes us back to Jim Crow and that people who are waiting in line and dying from dehydration are not allowed to have water. That’s right! Republicans want you to die while waiting in line to vote! Or maybe this is just blatant dishonestly and the actual law is nothing close to what we are being told.

I want to go through some of the ridiculous narratives that are being thrown around regarding this “new Jim Crow bill”.

Let’s start with the ridiculous narrative that people who are waiting in line in the blistering heat are not allowed to have water under this new bill. The media ran with that narrative, but did anyone care to look at what the law actually says? If they would have done five minutes of research, they would have discovered that the bill does not criminalize giving someone a bottle of water. What the bill does prevent is political organizations handing out things like water, food and other items to try to influence your vote near the polling station. You are still allowed to bring your own water, poll workers can still hand out bottles of water or a table can be set up with free water, campaign workers just can not hand out gifts within 150 feet of a polling location or within 25 feet of a voter standing in line to try to influence your vote. It’s unreasonable now to asks people to grab food or a bottle of water before getting in line?

Then of course we have the claims from people like President Biden and many on the Left that insists that this new law takes us back to Jim Crow. Jim Crow expanded early voting?  That’s exactly what this bill does. It does not restrict early voting, it actually expands the amount of time that you have to early vote. I personally don’t feel that people should have several weeks in some states to vote early. Maybe allow voting Saturday through Election Tuesday but allowing people to vote two to three weeks early is ridiculous. But we need to be honest about what this bill does and it does actually expand early voting. Yes, it cuts the “required” amount of time that a poll needs to be open slightly, but it still allows counties flexibility to open early or remain open later. The state requires all polls to be open from 9am to 5pm for early voting, but allows counties to open as early as 7am and remain open as late as 7pm.

I would love for someone to explain to me how the state mandating that polls be open for more weekend days and allowing counties to allow even more time to vote then what the state requires is somehow restrictive and takes us back to Jim Crow laws.

Requiring an ID Makes It Harder for Minorites to Vote

That brings us to the claim that this bill is going to restrict minorities from voting, I’m not sure what they are claiming here. That minorities don’t have any form of identification or are not capable of going and getting a state ID, which in Georgia they can get for FREE? It’s not racist to require someone to show an ID to drive, take out a loan, fly on an airplane, buy cigarettes, buy alcohol, apply for a job or any of the other dozens of things that people regularly need to show ID for but when it comes to voting, any requirement for people to have to prove that they are a legal resident where they are trying to vote is racist?

It’s important to mention that a drivers license or a state ID (which I would like to reiterate that you are able to get for FREE in the state of Georgia) aren’t the only acceptable forms of Identification for those who are trying to vote absentee.  If you do not have either one of those or for some reason not able to get a state ID for FREE, that still does not mean that you are not able to vote.

If you don’t have a drivers license or state ID, you can write the last four digits of your social security number on your ballot. All legal US residents have social security numbers. Knowing that you start to think that maybe there is another motivation behind the outrage over this bill? Maybe it’s not about Republican’s supposedly restricting minorities from voting and maybe it’s that those who are opposed to this bill are upset that it restricts voting to legal US residents only?

Btw, those still aren’t the only acceptable forms of identification. If for some reason you don’t have any of those, you can also use a valid US passport, a valid employee Identification card with a photo issued by any branch, department or agency of the US government from any county in Georgia, municipality, board or any other entity of the state, a valid tribal identification card with a photo, a current utility bill, a bank statement, a government check, a paycheck or some other government document that shows your name or address.

It’s also important to mention that this isn’t just the evil white Republicans that are trying to “silence the voices of minorites”, it actually has widespread support among all Americans (other then the radical left). A New Rasmussen Poll has found that “Majorities of whites (74%), blacks (69%) and other minorities (82%) say voters should be required to show photo identification before being allowed to vote”. It’s not even controversial among party lines. The poll also showed that 60% of Democrats and 77% of unaffiliated voters support requiring an ID to vote.

It’s hard to use the actual facts of the bill to argue that the bill somehow restricts minorities from voting and takes us back to Jim Crow. Sadly, most of those in the media and the far left are only trying to push a narrative and know that their supporters will just parrot any talking point they can come up with. The outrage over this bill has nothing to do with minorities and has everything to do with the mainstream media knowing for a fact that voter fraud in rampant and they want more of it. They don’t just believe that legal US citizens should vote either. They want to bring in as many illegals as possible and convince them to vote Democrat, because they know that US citizens are no longer buying what they are selling and they can no longer fairly win elections.

It’s one thing to have a difference of opinion over a bill. It’s another to blatantly lie and claim that the bill does something that it does not. This bill does not restrict minorities from voting and is still less restrictive in many areas then liberal states such as New York, the bill expands early voting, and it does not criminalize giving a bottle of water to someone who is dying from dehydration. These are blatant lies from people who are only trying to push an agenda and anyone who has taken the time to think for themselves and has done five minutes of research knows that.

If you haven’t read George Orwell’s “1984” yet or haven’t in awhile, this is a must read. We are following the exact same path as “1984”, from erasing history to the new proposal by many on the far left for a “truth and reconciliation commission”. Like in “1984”, be are entering a time period that you will be told what to think and you will even be forced to question the things that you once knew to be true. It was extremely eerie reading through it a few weeks ago and recognizing that we are on the same road that Orwell warned about. This is a book I wish I would have read years ago. Please add this to your reading list this year and please have it in a hardcopy in case this is the next book they ban.

All Posts »
PrevPreviousCNBC Warns May Could Be “Hot” Month For Inflation. What You Need to do to Prepare
NextSemiconductor Shortage Reaches ‘Crisis Point’. How it Will Effect YouNext