The Death Panels That Conservatives Warned About Have Arrived 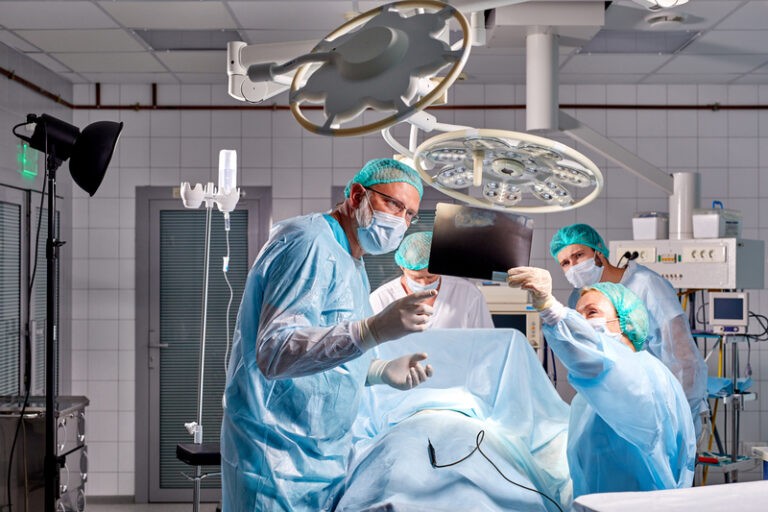 In 2009, former Vice Presidential Candidate Sarah Palin was mocked relentlessly for claiming that the ACA (also known as Obamacare) included death panels where the government will get to determine who and who does not get to receive care. The Obama White House blasted her for claiming that “Democratic health care proposals would lead to rationed care; that the sick, the elderly and the disabled would suffer the most under such rationing; and that under such a system, these ‘unproductive’ members of society could face the prospect of government bureaucrats determining whether they deserve health care”. The Democratic Congressional Campaign Committee called her claims “disgusting” and “outrageous”.

Palin never backed down from the claims that Obamacare would lead to death panels, where government officials would get to determine what care you receive in your final days. It turns out she was right. But it’s now going way beyond what was written in Obamacare. Like always with “progressives” you need to ask yourself what are we progressing too? What comes next after we give the federal government this much power?

Back then she was referring to the elderly and children with special needs who will end up losing care because it’s just too expensive to care for them and they aren’t productive members of society. This is what you get when you put the federal government in charge of who receives care and who doesn’t. They get to determine who lives and who dies. But there was one category that none of us were talking about at the time, but it’s fitting that Progressives would push the window far enough to cover this category. The Unvaxxed.

With the federal government completely in charge of your healthcare, they can coerce you to pretty much do anything they want and that includes taking a vaccine. That includes the unvaccinated, “science denying”, white Trump supporters, who we are constantly told are a danger to society. That includes the people they deem to be “Maggots”. If Trump supporters are truly so dangerous to society, why wouldn’t they ration care? Why wouldn’t they deny care to the “maggots” and save the life saving drugs for those who obeyed their rules?

The Progressives have now taken off the mask and are no longer hiding that they want to get to choose who lives and who dies. Didn’t take the vaccine? Well, you should be denied care. Ignore the fact that even getting the vaccine doesn’t guarantee that you still won’t get the virus or be hospitalized if you do end up catching the virus despite being vaccinated. Ignore the fact that many people have developed long term side effects from this vaccine, and some have even died because of it. You aren’t suppose to question any of this, shut up and get your vaccine and do whatever the government tells you to do. If you dare to ask questions, you are deemed a “science denier” and a danger to society.

It was one thing to deny death panels back in 2009 and a whole different level to deny them now. What else should we call it when the Biden administration starts rationing an effective monoclonal antibody treatment for COVID and determines that the treatment needs to be ‘equity’ based, meaning that every state should have equal access to it? Shouldn’t this care go to the people who actually need it and are using it? Why should a state that doesn’t use Regeneron get the same amount as a state like Florida, that is relying heavily on Regeneron to help fight COVID?

The decision to ration Regeneron was meant to punish Conservative states. Governors like Greg Abbott of Texas and Ron DeSantis of Florida who have been fighting back against the Biden administration need to be punished for not falling in line. That is why they will now be getting half of the treatments that they were receiving before. It’s important to point out here that this isn’t even because of a shortage of the drug, despite what the Biden administration has claimed. The makers of Regeneron have stated that there are plenty of supply available, and that it’s the Biden administration that isn’t distributing the drug.

When the vaccine was first announced we heard from many on the left that certain groups of people should get the vaccine first before the rest of society and that those that are dying at the highest rate shouldn’t automatically be first in line, which are the elderly. Instead we were told that we needed a plan that was more equitable. That means that minorities should be first in line, not the elderly, who had a much higher chance of dying from COVID. Why? Because the 65 and older crowd are mostly white.

In December of 2020, Robby Soave from Reason.com wrote a great piece on this. This plan wasn’t just pushed by some lunatic leftwing host on MSNBC. This went all the way up to the CDC. This is the problem when you give the government this much power. They get to determine every aspect of your life, even if you get to live or die based off of the color of your skin or if you followed their rules. The more control you allow the government to take the worse this is going to get.