The Coming Downfall of the Mainstream Media 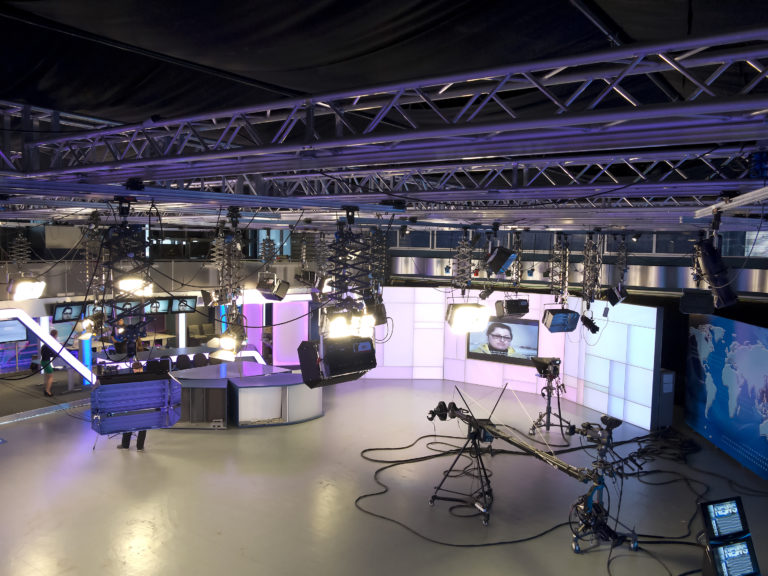 Brett Kavanaugh. Covington Catholic High School Boys. Jussie Smollett. Russian Collusion. What do they all have in common? They are all part of a long list of times that a majority of those in the media immediately jumped to conclusions without knowing any of the facts. These were all within two years. Each of those times, they were so sure that they knew who was innocent and who was guilty and insisted that their claims were true, despite knowing zero of the facts. Not only did they jumped to conclusions, but very few apologized after if was proven that they were wrong.

In July 2018, Donald Trump nominated Judge Brett Kavanaugh to fill Anthony Kennedy’s seat after announcing his retirement. During the confirmation process, multiple women came forward, conveniently just two weeks before the confirmation vote was to be held, accusing him of sexual assault, rape and even going as far as accusing him of running a gang rape ring. That media was so sure that he committed these crimes, that they immediately jumped to the conclusion that he must be guilty. With what evidence? You would think that a woman coming forward and accusing someone of sexual assault, after thirty years, would as least deserve some questions on whether or not she is a telling the truth. To this day, we still haven’t seen any evidence of any of the allegations. We still don’t have a credible accuser. A man’s life was nearly destroyed, because the media didn’t do their jobs. After his confirmation, for months we heard nonstop calls for Kavanaugh’s impeachment, and I wouldn’t be surprised if Democrats do actually impeach him if they win in 2020.

The Covington High School Boys. The media was so sure that they harassed this Native American veteran. After all, they must be guilty because they were wearing those racist MAGA hats. The innocent Native American was just trying to walk down the street when he was surrounded and harassed by this group of MAGA hat wearing, racist punks. Right? It seems that things didn’t actually pan out the way we were initially told. When the video was released, proving that that these boys did nothing wrong and that this guy made up the whole story, did the media humble themselves and apologize to these boys or their viewers and that they overreacted? A handful of them did but a majority just transitioned the narrative to “they must be guilty of something”. See that smirk? He smirked at the guy! Not only did these teenagers do nothing wrong, but it turns out they they actually defused the situation between the Native Americans and the Black Hebrew Israelites, who were in an altercation before both groups turned their attention toward these boys. The boy who by default became the leader of the group, just stood there while the Native American banged a drum in his face.

Then we have Jussie Smollett claiming to be attacked by two white men wearing MAGA hats and shouting this is “MAGA country”. Really? Chicago is MAGA country now? Then it turns out that he actually paid these two guys to attack him. Police then discovered video of the two guys buying all of the supplies that Jussie Smollett claimed to be used during this attack and when it was discovered who the two guys were, both were caught and sang like a canary. And once again, with the exception of an extreme few, we never got an apology from the media for jumping to conclusions and for smearing all Trump supporters.

That brings us to the claims of Donald Trump colluding with Russia during the 2016 election. The media has been insisting since day one that Donald Trump is guilty of collusion and obstruction of justice. Everyday for the past two years, we have heard that this is the turning point. This is the moment where the Trump presidency has begun to collapse. Trump won’t serve out his full term. Trump is going to jail. If this wasn’t so serious of an accusation, it would be comical. Then it was announced that the Mueller report concluded and that they found no evidence of collusion. So what happens now? Will anyone in the media humble themselves, admit that they were wrong, and drop this narrative? Will anyone in the media apologize for wishing that an American President committed treason just so they could take him down? Is anyone in the media willing to admit that maybe, just maybe, they slightly overreacted? So far it doesn’t seem that way. Now the new narrative is that he’s still guilty of collusion and it’s all a cover-up.

Ratings of the media are now in free fall since the Mueller report was released. The day that it was announced that the Mueller investigation proved that there was no evidence of collusion, MSNBC viewers plummeted. MSNBC’s Rachael Maddow’s show, which has consistently been in the top two news shows on MSNBC, mostly due to her nonstop coverage of Russia collusion, dropped to sixth place. Her viewership plummeted from 3.5 million viewers to 2.3 million, within a few days. It was so bad when the summary of the report was released, that her staff was even correcting her on air, as she was making claims that were different from those that were running across the bottom of the screen at the time. MSNBC’s second highest rated show, ‘The Last Word With Lawrence O’Donnell’, saw a similar decline.

Overall, CNN and MSNBC’s numbers are down 40% over the past two years. CNN no longer even has any shows with a viewership of over one million.

Proverbs 16:8 declares that “Pride goes before destruction, a haughty spirit before a fall.” I think we are there. Those in the mainstream media have gotten so prideful and so out of touched with the average American, that the average person is finally starting to realize that they are being lied to and leaving left wing cable news in droves. You would think that after the 2016 election, the liberal media would have taken some time to self reflect, but why would they when they think they know better then you? Instead of self reflecting, they doubled down and set out from day one to take down Donald Trump, and as a result their viewership is plummeting and will continue to plummet. Sadly, I think the only way for these people to wake up is for the networks to totally collapse.