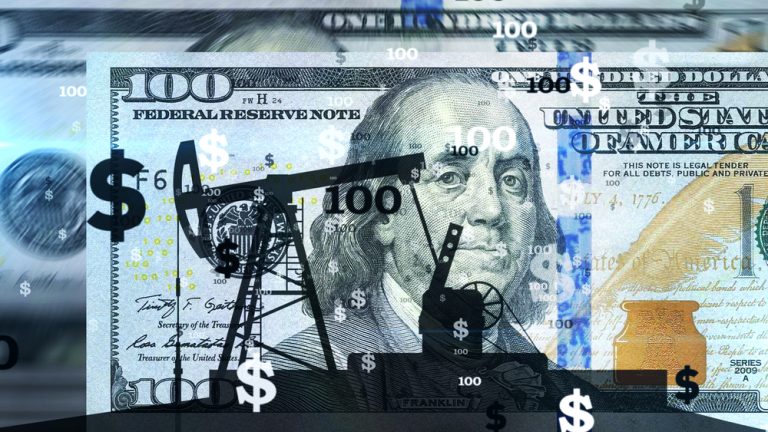 Last week it was announced that Saudi Arabia is considering allowing China to purchase some of their oil contracts in the Chinese Yuan instead of the dollar. There have been discussions of a move like this for a few years now but the talks have become more serious this year due to Saudi Arabia becoming upset with the US over our security commitments to defend Saudi Arabia and our negotiations for a nuclear deal with Iran.

On the surface it doesn’t sound like that big of a deal. So what if China uses their currency instead of the dollar to buy some of their oil? How does that have any effect on us?

I have been saying for awhile now that in the very near future we could see the world drop the US dollar as the world reserve currency and if that were to happen we would collapse quickly. The only reason the dollar still has any value is because people put value in it. But the minute that countries like China say that the dollar no longer has any value, it becomes worthless. That leads to hyperinflation.

China isn’t the first country to signal a move away from the dollar but this is the most serious attack on the dollar. Normally, when a country starts moving away from the dollar, we have their leader killed. Remember Qaddafi in Libya and Hillary Clinton bragging “we came, we saw, he died”? His own people dragged his body through the streets but we had a very big part in that. Why did we have Qaddafi killed out of all of the countries that appear to face a far bigger threat to our national security? Because he was planning to drop the US dollar and start buying oil in Euro’s and move to a gold backed currency.

We did the same thing in Iraq. In 2000 Saddam Hussein dropped the US dollar. In 2003 we attacked Iraq even though countries like Iran were a far bigger perceived threat.

How did we get the Petrodollar?

We have a deal with Saudi Arabia and OPEC that any oil that is sold would be purchased with US dollars. That means anytime a country wants to buy oil from OPEC, they need to take their currency, trade it into US dollars and then use that to buy the oil. This is why almost every country on earth has US dollars. 80% of all US dollars is held overseas. That means if countries begin to drop the US dollar, all of that money starts flooding back into the US. You think inflation is bad now, just wait to see what happens if countries like China start to drop the dollar.

This goes back to the end of World War II and Bretton Woods. Bretton Woods is a town in New Hampshire where leaders from around the world got together near the end of the war and met to discuss a new financial system and come up with standardized exchange rates between world currencies and the U.S. dollar. They established the International Monetary Fund and the World Bank at this conference.

During World War II we had the tanks and weapons so we started selling them to other countries in exchange for gold. Since the US ended up holding tons of gold, and had a stable currency, the Petrodollar was created with the agreement that it would be backed by gold.

Well that all changed in 1971 when President Richard Nixon unpegged the US dollar to the gold standard, meaning you could no longer convert the greenback into bullion. Of course the promise at the time was that the dollar would still hold it’s value but because we wanted war and the “Great Society” and we stopped manufacturing here and started relying on China for everything, debt soon began to skyrocket and the value of the dollar began to plummet.

The world is about to change significantly once again and that is with the Great Reset.

Credit Suisse short-term rate strategist and former United States Federal Reserve and US Treasury Department official, Zoltan Pozsar, is one of the few people that is warning of what is coming with the US dollar and it’s not good. He recently released a report warning that the US is in a commodity crisis and that crisis would give rise to a new world order (the Great Reset) and higher inflation in the US and the West. According to the report, “foundations crumbled a week ago when the G7 seized Russia’s FX reserves”. Russia’s invasion of Ukraine and the world’s response like seizing Russia’s assets takes a giant step and one of the most important steps towards the Great Reset.

What is coming and what can you do to prepare?

Make sure you don’t miss future important stories by subscribing to my free newsletter below. This is a weekly newsletter that goes out and will include any articles that I wrote in the previous week as long as anything else I find important or interesting.