Should You Have the Right to Defend Yourself in Court? 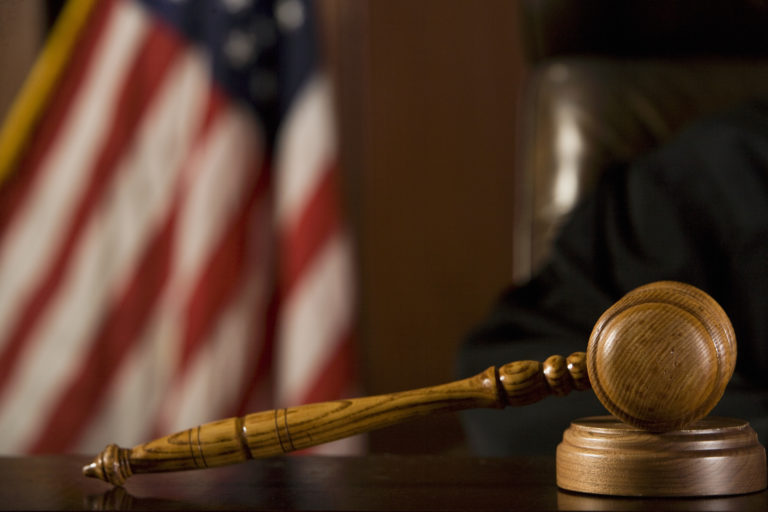 If you were to be accused of a crime and put on trial, do you feel like you and your attorney should be allowed to be heard? Should you get the chance to present witnesses to back up your case? Should all the evidence be investigated or should the jury only get to hear the prosecution’s arguments? Should the jury have to decide if you are innocent or guilty, solely on what the prosecution is arguing?

Those should be really simple answers. Of course you should be allowed to present your case as to why you are innocent. Of course the jury should get to see all evidence and get to hear witnesses testify on your behalf, and then make a decision based on all the evidence. That is the response of anyone who believes in justice. So shouldn’t that also apply to President Trump? Shouldn’t Donald Trump get the same fair treatment as you should have if you were to be accused of a crime? Regardless of whether you agree with him politically or not, shouldn’t he at least get that?

This week, House Democrats took the impeachment hearings public, supposedly. I say “supposedly” because they are only going to allow you to see what they want you to see. They don’t want all of the facts to get out. They don’t want to allow witnesses to testify on behalf of the President. They don’t want the whistle blower to be called in for questioning. No, they only want their side to be heard in the court of public opinion.

Does it sound fair to you that the whistle blower is able to come out and accuse the President of a crime, and yet cross-examining is not allowed. House Republicans are not allowed to call the whistle blower in for questioning to determine if this is a credible witness. They aren’t even allowed to mention his name, even though everyone in DC and the media knows exactly who it is anyways.

Why is it okay for the House of Representatives to be able to call forth their witnesses to testify but the witnesses in favor of the President are silenced? When it comes to Trump’s phone call with the President of Ukraine, is it acceptable to just zero in on that phone call or should we investigate that phone call in context of a much larger picture? If you were accused of committing a crime, and the judge said you are not allowed to call any witnesses to testify on your behalf, you are not allowed to present any evidence, and the jury was going to vote based on just the claims of the prosecution, would you feel that you had a fair trial?

I’m not saying that Donald Trump is completely innocent of all crimes. He might be guilty of something. But even if he is, shouldn’t he at least have the right to be heard? Shouldn’t he have the right to have witnesses testify on his behalf? Shouldn’t the jury get to hear both sides before making a determination on whether they believe that he is guilty beyond a shadow of a doubt?

House Democrats are not be doing anything illegal when it comes to this impeachment hearing. The Constitution says very little about the process of impeaching a President. The Democrats control the House so they can pretty much run the impeachment however they want. But don’t we, the citizens, have a right to demand that this is a open and fair trial? An actual fair trial where both the prosecution and the defense have the right to present their cases to you, the jury?

The House moving to impeach the President is no surprise to anyone who has been paying attention. We knew since November 6th 2018 (the day the Democrats won the house), that Donald Trump was guaranteed to be impeached at some point and that this wasn’t going to be a fair process, at least in the House.

The Senate is where the real fairness and investigation has the chance to happen. When and if the Senate picks this up, which I hope they do, that is when we will get to hear both sides make their case. There is no guarantee that the Senate will have a hearing. Senate Majority Leader Mitch McConnell can refuse to hold any hearings on impeachment if he wanted but it wouldn’t be a good look for the Republican Party. Let’s get this out in the open. Let’s see all of the evidence from both the Prosecution and the Defense.

The Senate is where the defense will get to make their case. If the Republican Party has an ounce of common sense left, which some days is doubtful, they will investigate everything that House Democrats said was off limits, including the 2016 election. The Senate should bring people like the whistle blower, Hunter Biden and Alexandra Chalupa in to testify and be cross-examined by the defense. And despite how the media is trying to spin everything, it is not illegal to call the whistle blower in for questioning.

You have a right to hear both sides of the argument and you should be demanding that both sides are allowed to be heard. If we really do care about uncovering the truth, then lets have an actual investigation. Lets reveal all of the facts, regardless of which side it hurts in the end. Like the Washington Post likes to say, “democracy dies in darkness”. Democracies and Republics really do die in darkness so lets shed some light on the corruption in D.C. and expose both sides.