Semiconductor Shortage Reaches ‘Crisis Point’. How it Will Effect You

You probably haven’t heard a whole lot about it but we are in the midst of a really bad semiconductor shortage and it is going to effect you very soon. These chips are used for absolutely everything now a days, from cars to cell phones to washer machines. This shortage will start to drive the cost of virtually everything up.

In March, Ford announced that they are suspending some of their assembly plants and allowing thousands of new vehicles to sit on the line due to this shortage of semiconductors. It is estimated that this shortage could cost Ford up to $2.5 billion in sales. Ford has announced that its Edge sport utility vehicle and it’s F-150 trucks will be forced to sit at their Louisville, Kentucky plant for weeks because they can’t finish building these vehicles, and forcing them to cut the shifts of their employees.

Samsung, Honda and Volkswagen are also being severely hurt by this shortage and are now warning of disruptions in their supply chain. Honda has suspended production and has warned that all of their plants in the US will feel the impact of this shortage.

Volkswagen CEO Herbert Diess says that he doesn’t see the problem easing up anytime soon and is expecting things to get worse before they get better.

This shortage has already effected Apple. Apple is the biggest buyer of these chips. Apple had to delay the launch of their iphone 12 by two months last year due to these chip shortages. They are now also expecting more issues with their production line due to Samsung’s Texas plant being closed since February 16th due to the winter storm that hit them. This Texas plant produces 5% of the world’s global chip production.

Samsung is the second largest producer and buyer of these chips and they have announced that they might have to postpone the launch of their high end smartphone due to this shortage.

According to the Guardian, this chip shortage has reached a ‘crisis point’ and that “There is no sign of supply catching up, or demand decreasing, while prices are rising across the chain. “This will cross over to people in the street. Expect cars to cost more, phones to cost more. This year’s iPhone is not going to be cheaper than last year.”

There are multiple reasons that we are currently dealing with this issue now and everything that can go wrong will go wrong as the saying goes.. The COVID lockdowns forced employees to mainly work from home forcing a delay in production of these semiconductors. You also had significant delays in shipping these chips out due to the COVID lockdowns in China. To make matters worse, in February of this year, Texas had to suspend production due to the aftermath of the winter storm that hit them. A fire at a Japanese plant cut off supplies of the fiberglass that goes in to these chips. We also had American firms being cut off from receiving the supplies of these chips that were made by  China’s Semiconductor Manufacturing International Corporation due to the federal government blacklisting them and Chinese companies building stockpiles of these chips.

Anyone who tells you not to worry that the economy is fine is either lying to you or just clueless. Things are not fine. Between this chip shortage significantly driving up the cost of everything you buy, the massive tax increases that the Biden administration is now proposing, and the endless printing and spending of money, including a $3 trillion infrastructure bill that is being proposed, things are not stable and the problem is likely to continue to get much worse before things get better. You are going to start seeing these things start to significantly effect your life in the near future and that is why it’s critical that you prepare now for what’s to come. An economic crash is coming larger then the Great Recession of 08 and it’s critical that you prepare. 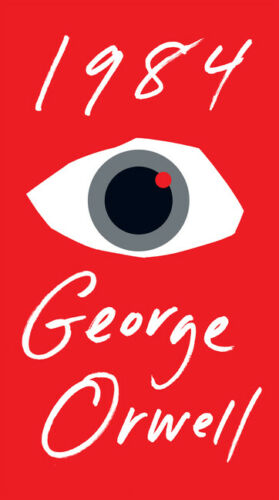 If you haven’t read George Orwell’s “1984” yet or haven’t in awhile, this is a must read. We are following the exact same path as “1984”, from erasing history to the new proposal by many on the far left for a “truth and reconciliation commission”. Like in “1984”, be are entering a time period that you will be told what to think and you will even be forced to question the things that you once knew to be true. It was extremely eerie reading through it a few weeks ago and recognizing that we are on the same road that Orwell warned about. This is a book I wish I would have read years ago. Please add this to your reading list this year and please have it in a hardcopy in case this is the next book they ban.

All Posts »
PrevPreviousThe Left’s Blatant Lies About the New Voting Rules in Georgia
NextYour Bank and Operation Chokepoint 2.0Next