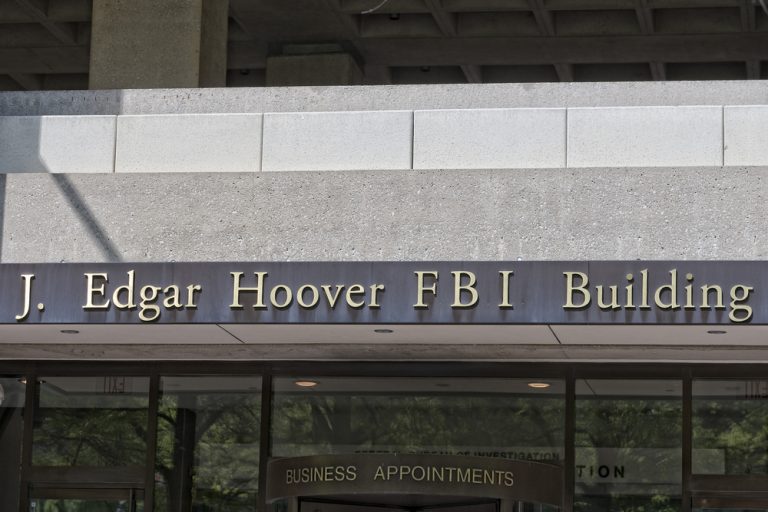 “They made no attempt to contact my lawyer, who would have made arrangements for them to have my phone if that was their wish,” he said in a statement to the news outlet.

“I’m outraged — though not surprised — that the FBI under the direction of Merrick Garland’s DOJ, would seize the phone of a sitting Member of Congress.

“My phone contains info about my legislative and political activities, and personal/private discussions with my wife, family, constituents, and friends. None of this is the government’s business.”

Perry noted that “as with President Trump last night, DOJ chose this unnecessary and aggressive action instead of simply contacting my attorneys. These kinds of banana republic tactics should concern every Citizen — especially considering the decision before Congress this week to hire 87,000 new IRS agents to further persecute law-abiding Citizens.”

Representative Thomas Massie claimed the “Biden regime is out of control” on news of the FBI visiting Scott Perry.

Perry stated that “In a discussion with the DOJ (federal Department of Justice), my attorneys were informed that I’m not a target of its investigation. I’ve directed them to cooperate with the Justice Department in order to ensure that it gets the information to which it’s entitled, but to protect information to which it’s not – including communications that are protected under the speech and debate clause of the United States Constitution.”

Why is all of this happening all of a sudden? It’s been over 19 months since the so called “insurrection” on January 6th and this week marks 19 months since Trump left office and all of a sudden, three months before the midterms, all of this is happening? Does it concern anyone that departments like the FBI, and likely very soon the IRS now that they are hiring an additional 87,000 agents, are acting like third world countries do? Where does this end? Is anyone concerned of what happens following the midterm elections when voters have to wait a full two years to be able to vote in another major election again?

The very likely end goal here (at least for now) is to stop Trump from running in 2024. That is why he is being investigated for everything right now. They know that likely right after the midterms he’s going to announce that he’s running for President and they are doing whatever they can to tie him to something to keep him off of the ballot. They know that he knows exactly what they were up to and where the bodies are buried, and that is why they are desperate to take him down.

Subscribe to my free newsletter below so that you never miss an important story from MikulaWire. This email goes out every Wednesday and Friday and includes my latest articles as well as several other important stories that I think you should know about.

All Posts »
PrevPreviousLatest News on the Mar-a-Lago Raid and Questions that Must be Asked.
NextBiden Administration Inflating Job Statistics to Hide RecessionNext