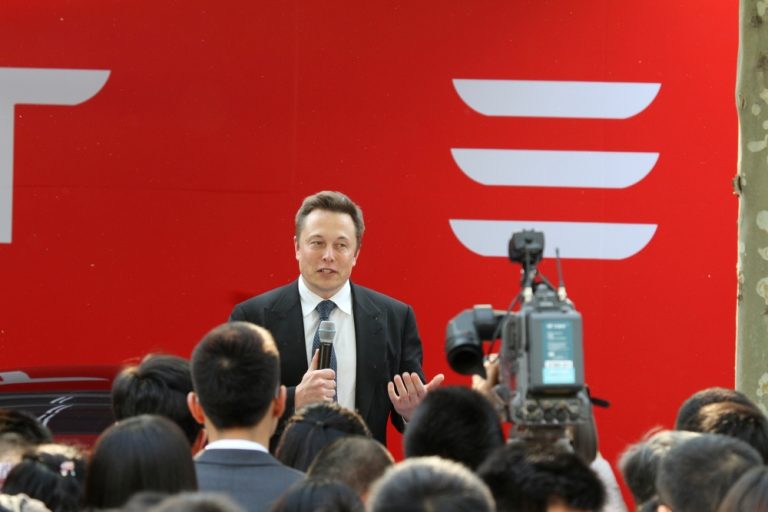 For the past 18 months I have been writing extensively about the Great Reset and ESG. Everything that I have been writing about on this issue since then is now coming true and it’s getting harder and harder for people to deny that this is happening and what is coming.

Elon Musk found out last week that the people behind the Great Reset aren’t playing. Anyone who doesn’t play the game the way they want it to be played is going to find out that they will do whatever they can to destroy those who refuse to fall in line.

If you are just hearing about ESG for the first time, I would encourage you to check out my articles on Mikulawire.com. I have now written over 40 articles on this topic and you can find all of those by clicking on the Great Reset tab at the top of the homepage. This is a very serious issue and it will effect absolutely everyone.

But to sum ESG up, ESG stands for Environmental Social Governance. This is a score that will be given to every person and corporation and it’s going to affect your ability to get a loan, insurance and pretty much do anything if your score drops too low.

Individuals will be rated based on how much meat you eat, what kind of car you drive, how much you drive, what organizations you donate to, etc. If you eat too much meat, drive too much, don’t have a house that is environmentally friendly enough or donate to causes/organizations that those behind the Great Reset don’t approve of, your score is going to suffer.

If a corporation produces meat, produces fossil fuels, uses too much fossil fuels, donates to Conservative causes, doesn’t have enough minorities on their board (regardless of qualifications), etc., their score will suffer. If an insurance company insures a car that runs off of gas, they will see their score suffer as well, which means likely within the next decade you won’t even be able to insure a car that runs off of gas, let alone buy one. Almost every car maker has already announced that by 2030 they will no longer make cars that run off of gas.

Blackrock has also already announced they will no longer going to loan to any fossil fuel companies. If you think that gas prices are getting expensive now, this is only the beginning. This new system is being designed to make gas so expensive that you won’t be able to afford it.

It’s not enough for these people that Elon Musk is producing a car that is electric. That’s only one part of the equation which they are now admitting. Margaret Dorn, head of ESG Indices, recently claimed that “While Tesla may be playing its part in taking fuel-powered cars off the road, it has fallen behind its peers when examined through a wider ESG lens”. Dorn also claimed that “Tesla was held back by its lack of a low carbon strategy and codes of business conduct.” “Lack of a low carbon strategy”? Isn’t he already producing electric cars?

In April, Musk joined the anti-ESG crusade and claimed “I am increasingly convinced that corporate ESG is the Devil Incarnate.” It turns out they didn’t like that too much and being exposed, so they decided they are going to target Elon Musk and put him in his place. They are trying to send a message to Elon and everyone else watching, don’t you dare fall out of line.

After news broke that Tesla was being removed from the S&P 500 ESG Index, Elon called ESG a scam and accused the system of being “weaponized by phony social justice warriors”. He is 100% right. This new system is designed to put anyone who goes against the system in their place and teach them a lesson, and that is exactly what they are trying to do with Elon Musk.

Do not let these people win. Do not just roll over and take it. You need to be informed, you need to inform others that no, this is not just a “conspiracy theory”, this is a fact. And you need to prepare and become as self reliant as you can. The way to end this is to not comply and do not do business with corporations that are caving under pressure.

Subscribe to my free newsletter below. This email goes out every Monday morning and will include any articles that I published the previous week along with a few other stories that I think you should know about.

Check out some of my recent articles on ESG and the Great Reset below:

All Posts »
PrevPreviousJP Morgan Analyst: $6 per gallon gas nationwide by end of summer
NextBiden invokes Defense Production Act to try to fix a problem that the government createdNext