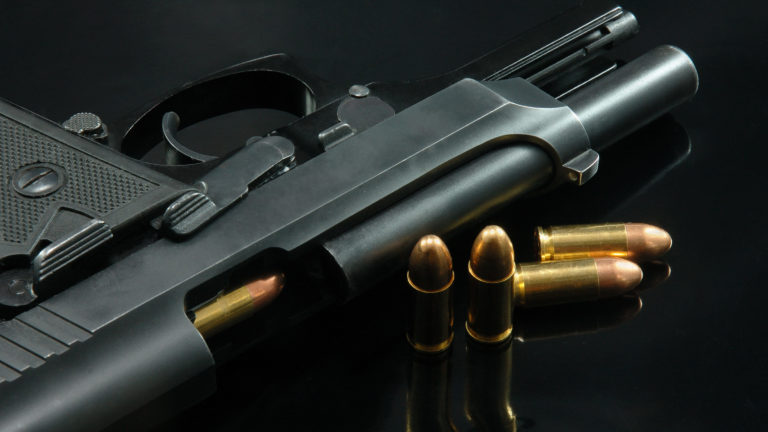 Pennsylvania Governor Tom Wolf didn’t waste any time in calling for stricter gun laws this past August, after a gunman shot six police officers in Philadelphia. While speaking at a ceremony at the Capitol, he called on legislators to pass new gun laws to curb gun violence, signed an executive order to create a new special council on gun violence, as well as two new agencies, one which will be within the State Department of Health and the other which will be in the Pennsylvania Commission on Crime and Delinquency.

This move really isn’t that unusual for the left. The solution to every problem is to grow government even more and waste millions of taxpayer money in the process, as well as move to take away your rights, all because of some “feel good” legislation that will do absolutely nothing to solve the problem. It also isn’t surprising when Wolf claims things like we need to fix our “weak gun laws” and that we “must find middle ground between respect for the Second Amendment and respect for the right to live without the fear of being shot.” (I believe the Second Amendment was pretty clear when it said “the right of the people to keep and bear arms, SHALL NOT BE INFRINGED.”)

Governor Wolf called on State legislatures to pass bills on four types of new gun laws: safe storage, the reporting of lost or stolen guns, universal background checks, and the so-called “red flag” situations, which would allow judges to temporarily revoke the rights of people to buy or possess guns of people that they have deemed “dangerous”.

I’m sure the Governor actually believes that he is doing the right thing, even though his actions are extremely misguided. “All of the actions I am taking today strike a balance between freedom and safety,” Wolf claimed at the ceremony. Really? Taking away someone’s right to own a gun without due process, just because they “may” commit a crime is finding a “balance between freedom and safety”? And that is exactly what it is. A former significant other claims that you are dangerous and then the police knock on your door, raid your house and then take away your guns. You are then forced to spend weeks or months, fighting to get your Constitutional rights back, all because of the words of a former spouse, without an investigation. Or a co-worker doesn’t like the candidate you voted for in the last election and notifies the police that you might be dangerous? You lose your Constitutional right to bear arms for the next several months, all because someone didn’t like who you voted for. That is a balance between freedom and safety?

The governor also supports state police expanding gun buy-back programs and increasing monitoring of hate groups and white nationalists. Oh, that makes me feel good. We live in a culture where we view those who don’t agree with us as evil, and the second we say something that someone is offended by we are accused of hating them, and now we want to take away rights from “hate groups”. What exactly is the definition of a “hate group”? Christians who support traditional marriage are accused of hating LGBT’s constantly. Is a Christian who attends a church that opposes same sex marriage now mean that they are part of a “hate group”? Republicans are constantly accused of hating minorities, immigrants, women, children, the elderly, the sick…… Are they now part of a hate group? Or what if someone is falsely accused of being a white nationalist, you know like the 63 million people who voted for Donald Trump, and even some of us who didn’t vote for Trump and are still accused of being a white nationalist just because we think he’s doing a good job on some things. Can they now lose their Second Amendment rights, just because someone believes they are a “white nationalist”?

And when did it actually become a crime to be a “white nationalist” or part of a “hate group” anyways? I’m not saying that I support legitimate hate groups or white nationalists, but you have to actually commit a crime. Racism is extremely immoral and does not align with our American values, but just being a racist is not a crime. Hating someone who is different then you isn’t a crime. It only becomes a crime when you act on that hate. So we want to take away someones rights just so we will feel good that at least we “did something”?

The left likes to make these laws such as the “red flag” seem like they are common sense approaches to curb, what they believe is out of control gun violence. But the facts speak for themselves.

We are walking down a very slippery slope when it comes to our second amendment rights. Benjamin Franklin said it best “Those who would give up Essential Liberty to purchase a little Temporary Safety, deserve neither Liberty nor Safety.” He was right. If we are willing to give up our God given Constitutional rights, all for some “feel good” law just because we need to “just do something”, we will be left with neither safety nor security.

Sadly, once those rights are gone, they are likely gone forever. The politicians that we have currently running the country, on both sides of the isle, believe that bigger government is the solution to every problem that humanity faces. And when their feel good laws end up having the opposite effect of what they promised, they’ll call for even bigger government and stricter laws and promise once again to fix the problem that they have created.

All Posts »
PrevPreviousThe Problems With A $15 Minimum Wage
NextMedicare-For-All Has Already Been Tried In America. The Results of That ExperimentNext