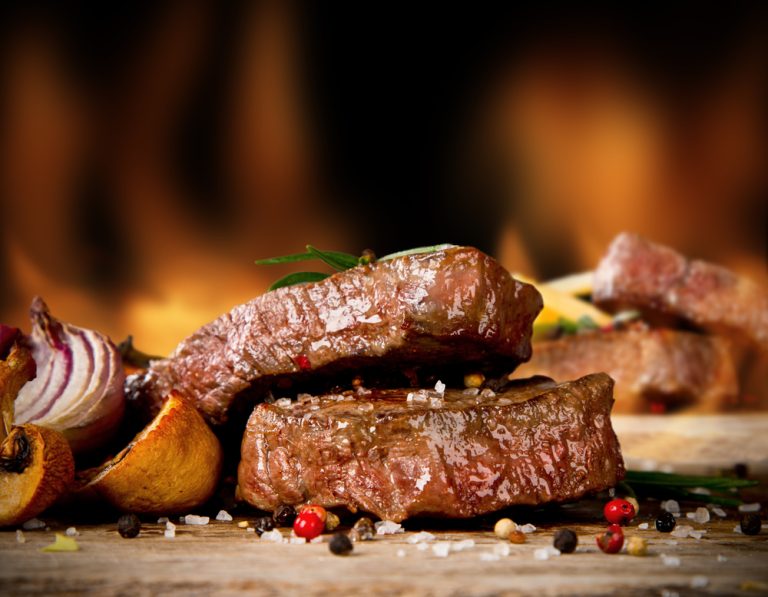 The NHS has now issued a warning to meat eaters amid the Monkeypox outbreak. According to the NHS, which is the National Health Service for the UK, it “may be possible to catch monkeypox by eating meat from an infected animal that has not been cooked thoroughly, or by touching other products from infected animals (such as animal skin or fur).” According to the World Health Organization (WHO) “Eating inadequately cooked meat and other animal products of infected animals is a possible risk factor.”

The thing I find interesting about this story is that this is all happening at a time when there is a move to get us away from meat and towards plant based alternatives. I’m not saying that you can’t catch Monkeypox by eating undercooked meat. It’s just that the timing is interesting and that this warning comes the same week that both the World Health Organization and the World Economic Forum are meeting in Davos to discuss things like giving WHO event more power during times of a “pandemic” and when the WEF is moving full speed ahead to implement their plan for a Great Reset.

One of the main pieces of the Great Reset is ESG, which stands for Environmental Social and Governance. This score is going to be put on all individuals and corporations and will be based off of things like what you drive, how much energy you use, and how much meat you eat, among other things.

I didn’t know what the Great Reset was until the end of 2020 and it probably took another year to get the full grasp of it and how their (the WEF) plan would be implemented, but looking back now you can see that they have been planning this for a very long time. They’ve been at war trying to get people to stop eating less meat as part of this Great Reset plan.

In 2015, UK Shadow Environment Secretary, Kerry McCarthy, claimed that “I really believe that meat should be treated in exactly the same way as tobacco, with public campaigns to stop people eating it”.

In 2016 The World Economic Forum’s (WEF) own website published an article in 2016 titled “We must eat less meat. Could these three alternatives help save our planet?” In the article they claim that livestock production “is responsible for 14% of greenhouse emissions – more than the global transport sector” and that “Part of the solution is around reducing demand for livestock”. In 2016, the WEF also released a video titled “8 predictions for the world in 2030”, where they predicted that you’ll eat less meat by the year 2030.

In 2016 a report was published by the UN’s International Research Panel (IRP) (which has since been deleted) claimed that “meat should be taxed at the wholesale level to raise the price and deter consumption”. Prof Maarten Hajer, the lead author of the IRP report, called the meat tax a “completely obvious” measure to reduce the consumption of meat.

In 2018, a ‘Meat Tax’ was proposed in the UK after Researchers at Oxford University set out to determine how high this tax would need to be to get people to stop eating meat. Lead researcher Dr Marco Springmann, of the Nuffield Department of Population Health (NDPH) at Oxford, said “I hope that governments will consider introducing a health levy on red and processed meat as part of a range of measures to make healthy and sustainable decision-making easier for consumers. A health levy on red and processed meat would not limit choices, but send a powerful signal to consumers and take pressure off our healthcare systems.”

In March 2019, the WEF claimed that we need to “alter human perception so that more people are willing to make the change.”

In 2021, Bill Gates, Agenda Contributor to the World Economic Forum, claimed that “all rich countries should move to 100 [percent] synthetic beef” during an interview to MIT Technology Review and claimed that “You can get used to the taste difference, and the claim is they’re going to make it taste even better over time. Eventually, that green premium is modest enough that you can sort of change the [behavior of] people or use regulation to totally shift the demand. But […] the politics [are challenging].“

I can probably go on all day with these statements but you get the point. The goal has been to get you to move away from eating meat, for your own good of course. They’ve been very open about that being their goal so I find it interesting that this comes out now.

Now I’m not saying that Monkeypox isn’t real or that you can’t catch Monkeypox by eating undercooked meat. But what better way to get people to stop eating meat than by animals popping up that are reported to have this virus, and then telling people that you are more at risk if you eat meat and that you should reduce your meat consumption? They’ve already claimed that eating too much meat is bad for your health and that we need to eat less meat for the sake of the environment, and yet people continue to eat meat. So now this virus comes along that can supposedly be spread by eating meat, so people become more hesitant to eat meat. Maybe it’s detected in a few cows or pigs so we need to kill the herd to prevent it from spreading, which will end up driving up the price of meat, kind of like a hidden tax. Add that to the already skyrocketing inflation and the fact that it’s getting to the point where you won’t be able to afford to buy meat, other than for very special occasions.

Danish Crown CEO Jais Valeur even told Denmark’s Berlingske newspaper that “The beef cattle will be a luxury product that we eat when we need to pamper ourselves.”

You can call this a “conspiracy theory” if you want as there are no documents that I can point to that claim that they are using Monkeypox to try to scare people into eating less meat or that they want to use this outbreak to drive the price of meat up to the point where you won’t be able to afford it. But after everything with COVID that they deemed a “conspiracy theory”, which later turned out to be proven true, would it surprise you at this point? After all of these statements from the UN and the WEF about wanting to tax meat so that people will alter their consumption, would it really surprise you that they aren’t going to “let a serious crisis go to waste”, to quote President Obama’s former Chief of Staff, Rahm Emmanuel.

For more on the Great Reset visit Mikulawire.com and click on the ‘Great Reset’ tab at the top of the homepage. There you will find over 45 articles that I have written so far on this topic, and more is being added often.

Subscribe to my free newsletter below so that you never miss an important story from Mikulawire.com. This email goes out every Monday morning and includes any articles that I published the previous week, along with several other stories that I think you should know about.

Check out some of my recent articles below:

All Posts »
PrevPreviousThe U.S. Cybersecurity and Infrastructure Agency (CISA) admits that voting system used in 16 states is very susceptible to hacking
NextBiden’s Interior Secretary Completely Clueless When Confronted with Memo From Her Department Calling for Shut Down of New Oil LeasesNext