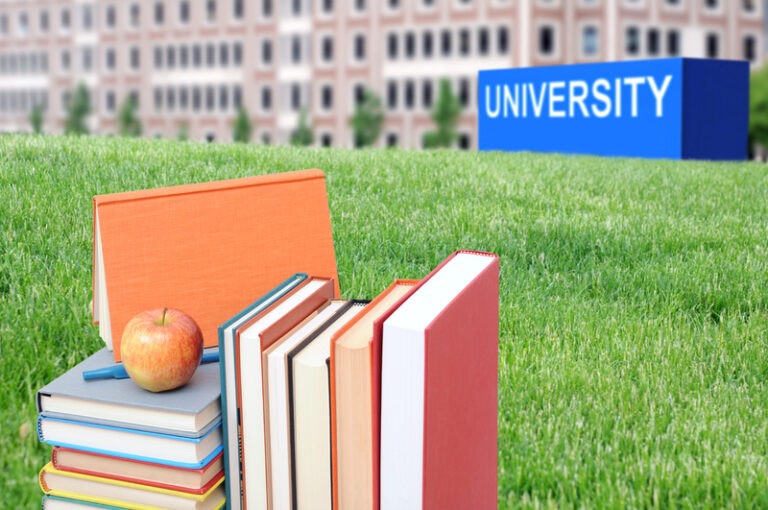 Back in the early 1900s, Progressives formulated a plan to take over the schools because they knew that if you can fundamentally change the minds of the youth, you can fundamentally transform the country. Everything you are seeing happening in the country today is the result of Progressives taking over the schools and poisoning the minds of the youth. Sure, Conservatives and classic liberals (Libertarians) complain about how bad the schools are, but other than complain, what have they done to combat the progressive school system? Very little. Most still send their child to public schools where they are taught things like common core and Critical Race Theory. Very few get involved in their child’s education or attend school board meetings. Then they graduate high school and are told by their parents and society that they must further their “education” by attending an University where they are indoctrinated for another four years.

We can’t keep doing the exact same thing and expecting different results. Sure, you can send your child into the current school system and maybe they’ll come out loving their country, but there’s a good chance they won’t. Critical Race Theory is taught by some name in schools across the country. We constantly hear that CRT isn’t being taught, but it very likely is being taught in your child’s school, whether it’s called CRT or something else. You can’t send your child into a school that teaches indoctrination like CRT and then expect them to graduate and not think that we live in a racist country.

Many universities don’t even have a single Conservative or Classic liberal professor. They are taught that our founders are all evil, old, white, racist men. They aren’t taught actual history. And some colleges don’t even require a single history course to graduate with a degree in history.

The best thing you can do for your child in grade school is to get them out of the system. Homeschool. Get together with other parents in your neighborhood and hire a teacher. Send them to a private school if you can afford to, but make sure that your research the school first so that they aren’t taught things like CRT there. But what do you do after they graduate High School?

Generally, I would recommend not encouraging your child to go to college, especially a public university. Even good private universities are hard to find. Really one of the few good one’s is Hillsdale college. We can’t restore the country if we don’t take back education. That is why a new alternative called the University of Austin is launching next summer to begin to push back and teach actual history and teach students how to think instead of what to think.

Despite the mainstream media spin, this isn’t a “Conservative” college, but a college that is focused on the Bill of Rights and free thought. Unlike most colleges, you’ll be able to hear Niall Ferguson, who is more on the Conservative side of the spectrum, teach right alongside Bari Weiss who is on the left. I probably disagree with Weiss on a lot, but she’s not on the far left. As long as she isn’t trying to paint me as a bigot or murderer because I don’t believe with her worldview on climate change or any number of issues, I would probably enjoy her class. There’s a big difference between challenging someone’s views and trying to indoctrinate them.

This is an amazing project that we have desperately needed for a very long time. Co-Founder Joe Lonsdale, partner at 8VC and founder of Palantir, Addepar, Resilience Bio, and other multi-billion dollar technology companies, gave an exclusive interview to the New York Post last Monday on the goals of this new project. His few interview is below:

“In the 20th century, American universities attracted exceptional thinkers in every field and produced an unprecedented wealth of knowledge. Our universities drove scientific progress, pursued truth, and cultivated an intellectually courageous and competent elite. They helped make the United States the most innovative, prosperous and powerful nation in history.

But today, our universities are failing to live up to that legacy.

First, stagnant institutional structures have hampered universities’ ability to achieve great things. The German model of dividing the university into distinct departments allowed for the specialization and focus needed to progress in specific fields. But with time, specialization in the United States gave way to hyperspecialization, and isolated scholars began to guard their fields from scrutiny.

Great breakthroughs in American science since the Manhattan Project — such as the Human Genome Project, the semiconductor revolution, rocket propulsion, etc. — have mostly been the result of interdisciplinary collaboration, and few took place within any department. As hyperspecialization drove scholars deeper into departments, administrative growth at universities exploded, dragging down entire institutions with bloat and bureaucratic politics.

Secondly, the sacrifice of liberal enlightenment values has corrupted academic cultures. In the liberal university, open inquiry and debate about the world were prized as values in their own right. Our society recognized this by endowing universities with public money, trust, and power. In modern universities, these values have been lost, as has the legitimacy they impart. Robust debate on important topics is increasingly rare, and uniformity of viewpoint is increasingly demanded. Universities have been captured by new ideologies of intolerance that order subservience and quash those who think differently.

The combined effect of these structural and cultural problems is that the elite universities aren’t attracting the best talent as often, nor producing the type of leaders we need.

Many of the independent thinkers who don’t adhere to the right academic categories and ideologies, those who might have become leading academics 50 years ago, now find greater self-actualization as entrepreneurs and technologists. Independent thinkers are repelled by intolerant and rigid intellectual environments. When universities are obsessed with hunting heretics, they become incapable of real creative achievement and fall behind. Bad careerist incentives discourage engagement with outsiders, or even with those on the inside who diverge from consensus.

In the shadow of these challenges lies an opportunity.

It is possible today, for the first time in generations, to build a new university to compete with top schools — one that attracts the most talented young people in the world and empowers them to pursue truth and innovation. We can, today, found a university that will prepare a new generation of leaders to think for themselves about all sides of an issue, speak truth to power, and take power back from ideologues.

I’ve spent my entire adult life founding and helping build mission-driven companies to provide long-term value to our society, and I’ve made a great deal of money by doing so. This year, I’m embarking on a very different type of venture, a philanthropic one that many have told me is crazy, but grounded in the same long-term mindset: founding The University of Austin.

The University of Austin is, at its heart, a project based on optimism. By getting the values, incentives, and interdisciplinary structure right from the beginning, we can restore the classically liberal university and the enlightenment values that made our civilization what it is. We can show off something so compelling that it inspires a revival of the values of free inquiry and pluralism, not just in one new university, but in hundreds of universities. And when we do, we can reclaim the civilizational achievements that come from the open competition of ideas.

As we advance in science and technology and better understand our world and ourselves, we can partner with entrepreneurs to help billions live longer and more prosperous lives. We can find the best ways to protect our natural environment. We can help our fellow citizens find meaning in work and in life. Above all, an open debate will help us to preserve the good governance and checks on power, embodied in the American founding, that make us free.

I am an optimist on humanity, on innovation, on America, on our civilization. But optimism without action is just wishful thinking. Zero-sum thinkers and pessimists have captured too many of our institutions. It’s up to us – especially those of us with the resources to do so — to build new institutions that reflect the principles that we want to define the future. For me, there is nothing more important than making sure that future generations are equipped with the requisite knowledge, virtue, and responsibility to be stewards of a free society.

This will not be done by pursuing what is popular, or what is conventional, and it will not happen overnight. We are challenging a jealous orthodoxy and expect to be scorned, mocked, and even viciously attacked.

But with a healthy amount of courage, determination, and yes — money, it can be done. And when we succeed and look back on this time, we’ll see that it was a small price to pay for all that we’ll have gained from the choice to be bold today.

Sign up below for our free newsletter so that you never miss a story.