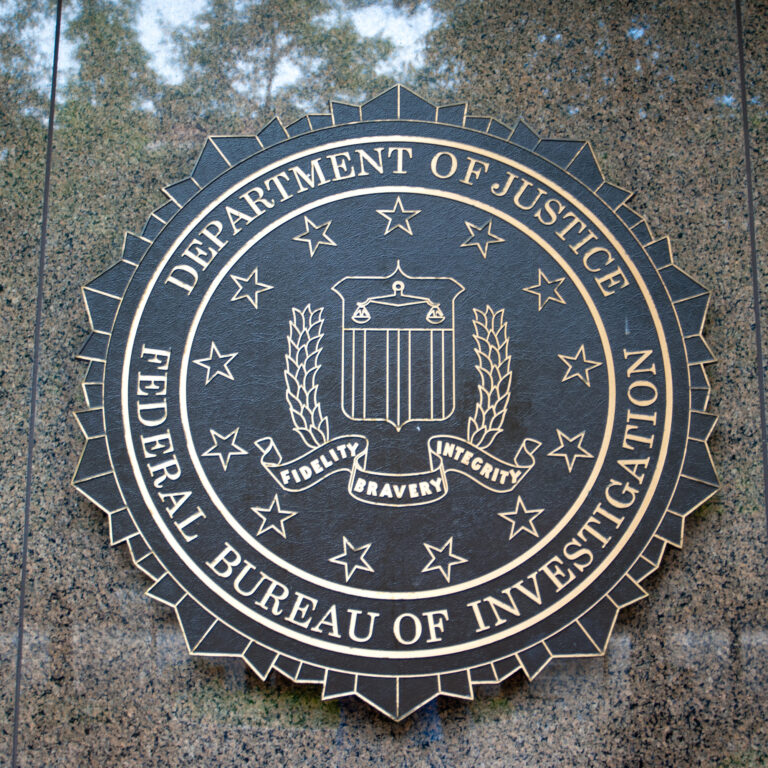 New evidence has emerged over the past week over the case against former Trump National Security Advisor, Michael Flynn, and the Russian Collusion Hoax that the media and the left have been pushing for the past three years. No evidence existed but they had to find a fall guy and unfortunately that was Flynn, who spent 30 years honorably serving his nation in the U.S. army.

Flynn was accused of accepting money from foreign governments without the proper approval. In 2017, Flynn pleaded guilty to these charges but new evidence has come forward that the FBI tricked Flynn into lying to them so that he would get fired from the administration and so that they could open the door to present the appearance of Russian collusion. According to the documents released, FBI agents openly admitted that their “goal” was to get Flynn to lie. In light of these new documents, all charges against Michael Flynn have been dropped.

So why did he lie at all then? I mean if he has nothing to hide then why not just tell the truth to the FBI? Well, important information was withheld from Michael Flynn and his attorneys. The case had already been closed so Flynn nor his attorneys even knew he was under investigation, because he wasn’t. His attorney’s didn’t know anything about the meeting that took place at the White House the day after the investigation was closed by the FBI.

This case was already closed and the FBI declared that there was no evidence on Michael Flynn. But the day after the FBI determined that Flynn was not guilty, there was a meeting requested by President Barack Obama. New documents show that Obama called Vice President Joe Biden, FBI Director James Comey, Attorney General Sally Yates and National Security Advisor Susan Rice to the White House, according to an email that Susan Rice sent to herself. Another document from Sally Yates’ testimony shows that CIA Director John Brennan was also there, as well the Director of National Intelligence, James Clapper. Yates also testified that other members of the National Security Council were there as well but did not specifically name them.

After that meeting, Comey cited the Logan Act to charge Flynn with lying to the FBI. The Logan Act was passed with the intention of preventing individuals from falsely claiming to represent the United States government abroad, but has never actually been used. According to PA Representative Guy Reschenthaler “The Logan Act is an archaic & useless law. In 221 years of existence, only 2 people have been prosecuted under the Act & both were acquitted.”

So how did all of this start? The FBI started investigating Donald Trump in Spring of 2016 over a supposed rumor that Donald Trump was colluding with Russia to steal the 2016 election. But it didn’t start with the FBI. It actually started with a foreign intelligence agency who gave that information to a top Obama official.

According to the Guardian, the GCHQ (the U.K’s version of the NSA) was actively involved in monitoring low level Trump campaign staffers. According to the Guardian “the precise nature of these exchanges has not been made public, but according to the sources in the US and UK, they formed a suspicious pattern. They continued through the first half of 2016. The intelligence was handed to the US as part of a routine sharing of information.” So not only did U.S. intelligence agencies spy on a Presidential candidate as well as those who worked for him, but a foreign intelligence agency had also spied on a US Presidential candidate. Sounds like important news that we should have known about three years ago.

The Guardian has also reported that the head of the GCHQ, Robert Hannigan flew to the United States and met with John Brennan. We still don’t know why Hannigan chose to meet directly with John Brennan instead of meeting with his counter-part, National Security Advisor Susan Rice.

We also still don’t know why Hannigan resigned from his post just three days after Trump’s inauguration. According to the Guardian “ His sudden resignation – he informed staff just hours before making this decision public – prompted speculation that it might be related to British concerns over shared intelligence with the US in the wake of Donald Trump becoming president.”

John Brennan testified in May 2017 that he “made sure that anything that was involving U.S. persons, including anything involving the individuals involved in the Trump campaign, was shared with the FBI.” According to Brennan’s testimony “I was aware of intelligence and information about contacts between Russian officials and U.S. persons that raised concerns in my mind about whether or not those individuals were cooperating with the Russians, either in a witting or unwitting fashion, and it served as the basis for the FBI investigation.”

So Brennan used opposition research, shared to us by the U.K’s GCHQ, to give the appearance that Donald Trump was guilty of colluding with Russia, despite zero evidence of actual wrongdoing. According to John Brennan, this information served as the basis for the Russian collusion investigation.

Remember the emails between Lisa Page and Peter Strzok where Page wrote “Potus wants to know everything we are doing”? These texts between Page and Strzok were sent two months after the Russian collusion investigation began. Because of these new documents that have been coming out over the past week, we now have a lot of context behind these emails.

Now, you could maybe make the argument that our intelligence agencies should have investigated a Presidential candidate if they thought that that candidate was colluding with a foreign government to steal the Presidential election. But according to the sworn testimony released last week by the Director of National Intelligence at the time (James Clapper), “I never saw any direct empirical evidence that the Trump campaign or someone in it was plotting/conspiring with the Russians to meddle with the election.” The US Ambassador to the United Nations (Samantha Power) didn’t have any of that information either. According to her sworn testimony “I am not in possession of anything – I am not in possession and didn’t read or absorb information that came from out of the intelligence community.”

The FBI had already declared that Michael Flynn was not guilty of anything involving Russian collusion. But then you had the meeting the next day where “Obama dismissed the group but asked Yates and Comey to stay behind” according to the documents just released. During the meeting with Yates and Comey, Obama immediately started talking about Michael Flynn. The meeting ended with talk of prosecuting Flynn under the Logan Act. Despite no evidence of Flynn being involved in Russian collusion, and the FBI closing the case because there was no evidence, President Obama ordered the prosecution of Flynn anyways.

I want to end this by pointing out that someone committed a felony in “unmasking” Michael Flynn’s name. Unmasking refers to publicly identifying individuals. Despite Flynn being cleared of any wrongdoing, someone decided to leak Flynn’s name to the press, to push a false story that they knew to be false just so that they could present the appearance that Donald Trump was guilty of Russian collusion.

We are no where close to knowing the full story, but this explains why after a three year investigation, Adam Schiff couldn’t find a single piece of evidence to use against Donald Trump in their impeachment sham. The evidence doesn’t exist and everyone on Obama’s Intelligence team knew that. President Barack Obama himself decided that Michael Flynn must be prosecuted anyways, despite Flynn already being cleared of any wrongdoing, and used the Intelligence agencies as a political weapon against American citizens and a presidential candidate. So much for the “Scandal-Free Presidency” that we keep hearing from the Mainstream media.

All Posts »
PrevPreviousWhich Standard Should We Judge Joe Biden By? Innocent Until Proven Guilty or “Believe All Women”?
NextExposing the Organizations Behind the Recent RiotsNext