Medicare-For-All Has Already Been Tried In America. The Results of That Experiment 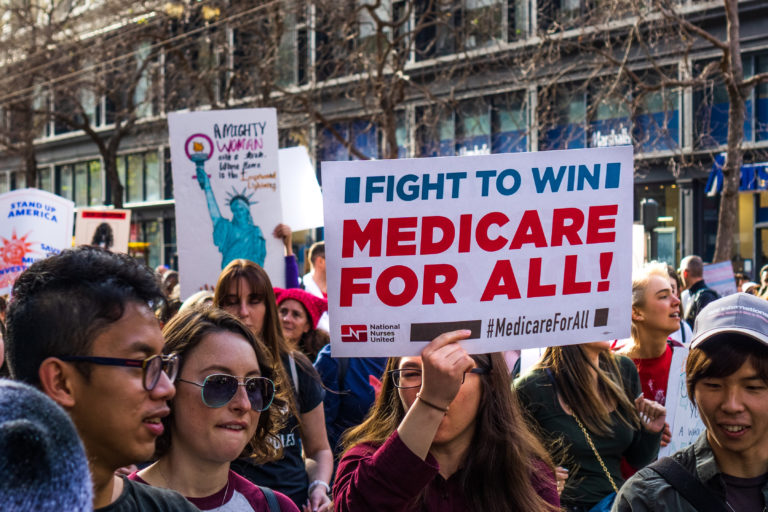 Medicare-for-All Has Already Been Tried In America. The Results of That Experiment

Most of the Democrats currently running for President are now advocating for some version of Medicare-for-All, whether they are like Bernie Sanders and openly admitting that you will lose your private health insurance (whether you like it or not), or Joe Biden who is claiming that you will have the option to keep your private health insurance, but wants to make Medicare-for-All an option available to everyone, regardless of age.

I find it interesting that not a single one of the candidates running ever mentions that Medicare-for-All has already been tried in America. Why aren’t they shouting the results of that  from the rooftops every day. If I was running for President, I would be touting the excellent healthcare system that Vermont has and that every American could be living under this same system within just a few years.

In 2011, Vermont passed what was called “Green Mountain Care”. Kaiser Health News described this legislation as “a state-funded-and-managed insurance pool that would provide near-universal coverage to residents with the expectation that it would reduce health care spending.” In an article in the Huffington Post, Democrat Vermont Governor Peter Shumlin described the legislation as “a single payer system” that he believed “will control health care costs, not just by cutting fees to doctors and hospitals, but by fundamentally changing the state’s health care system.”

The legislation was later abandoned in 2014 because legislatures couldn’t figure out to pay for the $4.5 billion yearly program (unlike the Federal government, states don’t have the option to just print money, or what they now like to call “digitizing”). With a population of just a little over 600,000, that amounts to around $7,300 per citizen, every…single….year. Within 10 years that cost was expected to reach $5 billion. And those figures were what the government was claiming it would cost. You should probably double that number if you want to get a more accurate figure, since everything the government does is always behind schedule and significantly over budget. To put the cost in perspective, the entire state budget of Vermont in 2014 was around $4.9 billion.

Had the bill stayed in effect, businesses would have seen an 11.5 percent payroll tax increase on top of whatever they chose to provide for employee healthcare. Individual taxes would have jumped by 9.5 percent. A financial report done on the costs of this plan recommended not moving forward with the program  “due to the economic shock and transition issues,” which Democrat Governor Shumlin ended up agreeing with. The following year, Shumlin claim that it would have been “unwise and untenable.” to stick with the program.

Harvard Professor and former senior aid to the late Senator Edward Kennedy, John E. McDonough, is now claiming that he “sees no evidence from the medicare-for-all advocacy community or a serious effort to understand and learn from the lessons from Vermont’s failure. Those who ignore history are cursed to repeat it.” I have a feeling that John McDonough isn’t welcomed in today’s Democratic Party.

Somehow the left couldn’t seem to implement Medicare-For-All in the tiny state of Vermont, and yet we are suppose to trust these exact same people to run 100% of the healthcare system nationwide? That wasn’t just a metaphor either.  Jonathan Gruber, the architect behind “Green Mountain Care”, was also the architect behind the “Affordable Care Act” (aka Obamacare), which also failed.

Medicare-for-all nationwide is expected to cost $2.5 trillion per year. Payroll taxes would need to be increased by another 20%, on top of the current payroll taxes. 71% of working families are expected to have to pay even more then what they are currently paying under the “Affordable Care Act”. Medicare-for-all would be so expensive that Bernie Sanders is openly admitting that it won’t just be the top 1% who will pay the cost, but it will be you, the average middle class citizen.

Like always, when government gets involved, quality goes down and costs skyrocket. Medicare-for-all is a program that is guaranteed to bankrupt the United States and I pray we wake up before it’s too late. It’s time that someone on the left has the courage to bring up the failed medicare-for-all system in Vermont and the courage to stand up against this insanity coming from the current leaders of the Democrat Party.