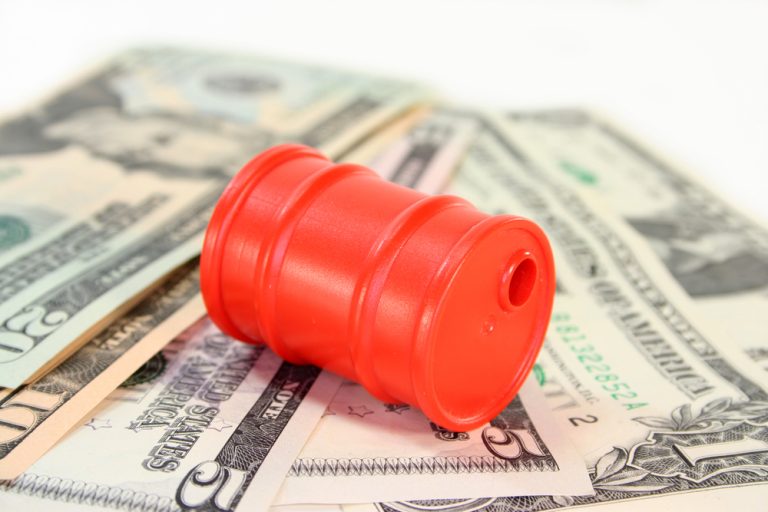 We were initially told that we needed to put sanctions on Russia to deter them from continuing the war in Ukraine. Well it turns out that it didn’t work. Not only is Russia still in Ukraine, but they are actually exporting more oil since the sanctions began. So all of that talk of sanctions and how we need to do this to deter Russia, so far hasn’t worked.

Europe is now signaling that they could begin to ban Russian oil from it’s energy markets as early as this week. If this happens, JP Morgan Chase is warning that oil could hit $185 dollars per barrel, meaning that you can expect to pay at least $6 nationwide and likely over $7 in places like California.

According to JP Morgan, a full and immediate embargo would displace 4 million barrels per day of Russian oil, sending Brent crude to $185 a barrel as such a ban would leave “neither room nor time to re-route [supplies] to China, India, or other potential substitute buyers,” the investment bank said in a note.

If you remember back to 2008, oil spiked to around $145 for just a few weeks and that was the straw that broke the camel’s back and caused the worst financial collapse in the US since the Great Depression. The entire world economy is built on about $100 per barrel oil. A spike above that for a short time isn’t a big deal but when you are talking about oil hitting $185, you are going to have significant problems.

The response to Russia’s invasion has really left me wondering if we want to hurt Russia at all or is it that we just want to appear to be taking strong action against Russia. Every single step that is being taken against Russia is actually making them stronger. If you want to hurt Russia, you don’t cut off their oil while you are shutting down your own production like the Biden administration is doing. You don’t drive up the prices of oil, when Russia’s economy benefits from a rise in prices. You also don’t phase Russian oil out overtime, allowing them to find other buyers.

We were also told by this administration that we need to release oil from the Strategic Petroleum Reserves (for 180 days which takes us just past the 2022 midterms) to bring prices down. Well, it turns out that the oil isn’t being released for the American people to benefit from. No, it’s being sent to Europe. So we are depleting our reserves while doing nothing for gas prices, that are meant for things like providing fuel for the military in times of war, and shipping that oil to Europe, and getting no benefit out of it. At some point a real emergency will hit us and Americans are going to suffer because of the actions of this administration.

If we were serious about this, the Biden administration would get out of the way so that the oil companies could drill, not making it as difficult as possible. We would go back to the Trump era policies of energy independence, not dependence on countries like Russia.

Subscribe to my free newsletter below so that you never miss an important story on things like what is coming with the economy. This is a newsletter that goes out every Monday that includes any articles that I published in the previous week along with a few other news stories that I think are important for you to know about.