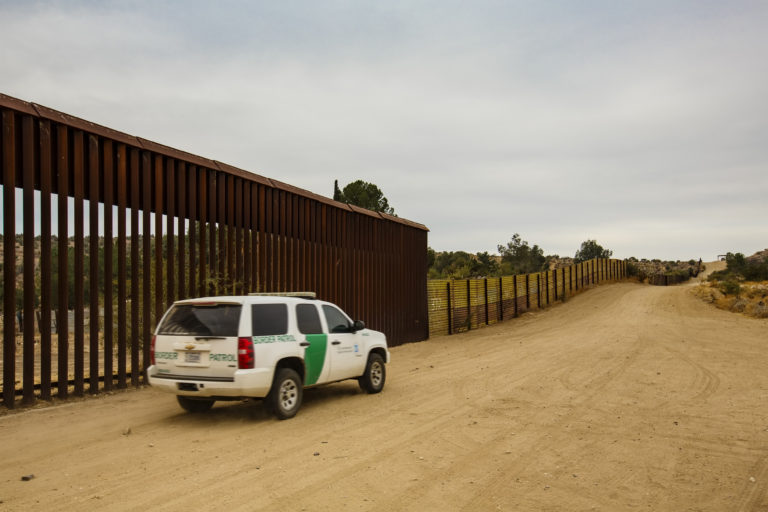 The media is finally, sort of, on the right side of this issue. The border really is out of control (you should have listened to us a year ago) and many in the media are finally starting to recognize that. According to the New York Times back in March “ Border at ‘Breaking Point’ as More Than 76,000 Unauthorized Migrants Cross in a Month”. Unauthorized migrants? I believe those are called illegal immigrants.

After a short drop in illegals crossing the border at the beginning of Trump’s term, border apprehensions are now skyrocketing. In March, apprehensions hit 103,492 and another 109,000 in April. It looks like we are likely to see similar numbers for May as well. Those numbers are more then twice that of October 2018. Since October, Border Patrol has apprehended 465,000 illegal immigrants (or as the New York Times likes to call them “unauthorized migrants”), 60,000 more then all of fiscal 2018. And that doesn’t even include May. Time to finally do something about it? Well, they still aren’t ready for that.

Despite us being at a “breaking point” the left is still refusing to support the wall or any other real security at the border. Instead, most on the left either openly admit to wanting open borders, or they just want the illusion of border security. There are simple means to secure the border, but that would require the left actually being willing to act in the best interest of the country, instead of the game that they are currently playing where they need to take the complete opposite position of anything President Trump says. It would also require the right to grow a backbone and being willing to act.

There are simple solutions. What we need is a system similar to Ellis Island, where there are one or two ports of entry that people have to go through. Send 200-300 lawyers down to the border to be able to handle the massive number of asylum claims immediately instead of releasing them in to the country and telling them to show up to a court date that a majority never actually show up for. Secure the border with any and all means necessary including, a wall, surveillance technology, and border patrol. And this is the biggest one. End the massive welfare state in America that is currently attracting massive numbers of illegals.

We can possibly survive a massive welfare state if we were to end illegal immigration, or we can have open borders like many on the left want. You can not have both. You can not keep a massive welfare state that promises to provide everything to everyone, and then keep your borders wide open and tell everyone we are open for business. The system will not be able to handle that for much longer. That should be common sense to our current politicians, but sadly common sense isn’t all too common.

It’s time we get serious about securing our border. Ronald Reagan was right when he said that “A nation that cannot control its borders is not a nation.” Time is running out. The border is out of control and if we don’t start getting serious, we will soon hit the point of no return.

All Posts »
PrevPreviousLGBT Rights vs Religious Liberties
NextIf We Really Want to Get Rid of Lobbyists, We Only Need to Do One ThingNext