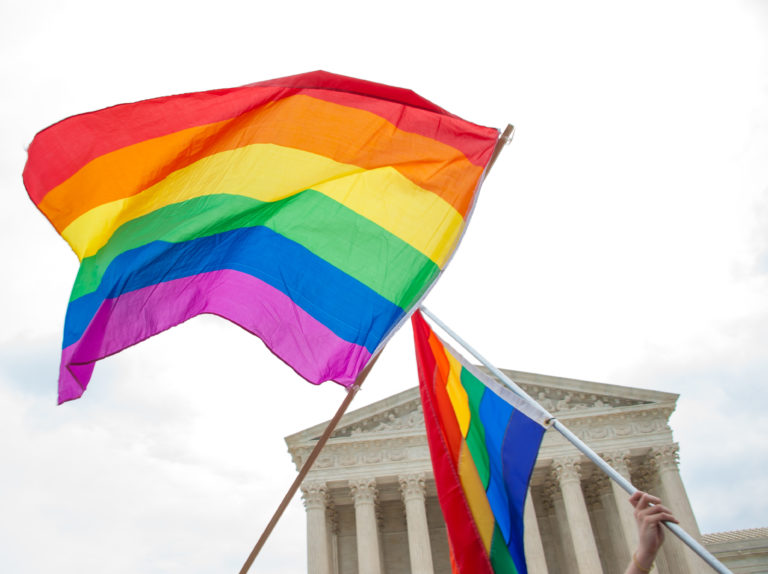 The Supreme Court could soon take up another case of a Christian bakery who has been fined $135,000 for alleged “emotional pain” for refusing to bake a custom wedding cake for a lesbian couple. Once again, the owners of this bakery did not refuse to serve the lesbian couple, but simply refused to bake a custom wedding cake for the couple because it violated their religious convictions.

As someone who is Christian, small government minded, and gay, I fully support the right of private business owners to refuse service to those with whom they disagree with. There is absolutely no reason that we should want to impose our views on others, as long as that other person isn’t physically harming others. And disagreeing with someone’s choices also doesn’t mean that you hate them (generally).

I don’t know what this Christian couple believes, other then that they are opposed to same sex marriage. It is possible that they are in the very small minority of Christians who do actually hate homosexuals, or it is possible that they still love homosexuals, but that they simply disagree with same sex marriage. I’m not defending the Christian couples beliefs as much as I am defending their right to a conscience and to hold beliefs that others might not agree with. I personally don’t have a problem with same sex marriage being legal, but this couple has every right to disagree with me and has every right to refuse to customize a cake for my wedding if I were to get married to another man.

A Christian bakery should not be forced to go against their convictions and bake a cake for something they don’t agree with, whether it be for a gay wedding or any number of other things. I’ll expand that to say that no one, as long as they aren’t physically harming others, should be forced to violate their beliefs, whether I agree with their beliefs or not, and no matter how hateful I may or may not believe those beliefs are.

As this lesbian couple discovered, there was another bakery in town who was glad to take their business. What doesn’t make sense to me is that so many LGBT’s want to cry that Christians are homophobic and then they want to force them to take their money. I wouldn’t want to give my money to someone who I believe hates me.

Those that are claiming that this is a violation of LGBT rights would have a point, if we didn’t have a free market. The free market will sort it out. If there are 10 bakeries in a town, and they all refuse to bake a cake for a gay wedding, the free market will step in and someone will come up with an idea for a bakery that serves everyone, or one that only serves the LGBT community. I would be just as supportive of that persons right to refuse to bake a cake for a Christian wedding as I am for the Christian couple’s right to refuse to bake a cake for a same sex wedding. And if that Christian couple was part of the very tiny minority of those who claim to be Christian but actually hate homosexuals, I would gladly stand with the LGBT community and boycott. If that bakery was in my town, and they had a “God hates gays” sign in their window, you bet I wouldn’t be giving them any of my business.

It’s time for both sides to come together and focus on things that actually matter. There are real issues that are affecting our everyday lives and a wedding cake is not one of them. Someone following their convictions does not mean that they automatically hate you, and it is not a violation of your rights for them to deny service to you. You have every right to take your business elsewhere, and that is true regardless of what you believe.

All Posts »
PrevPreviousThe Left’s Plan to Hijack The Supreme Court
NextMain Stream Media Change Tune on Border: Now Claims We Are At A “Breaking Point”Next