Latest News on the Mar-a-Lago Raid and Questions that Must be Asked. 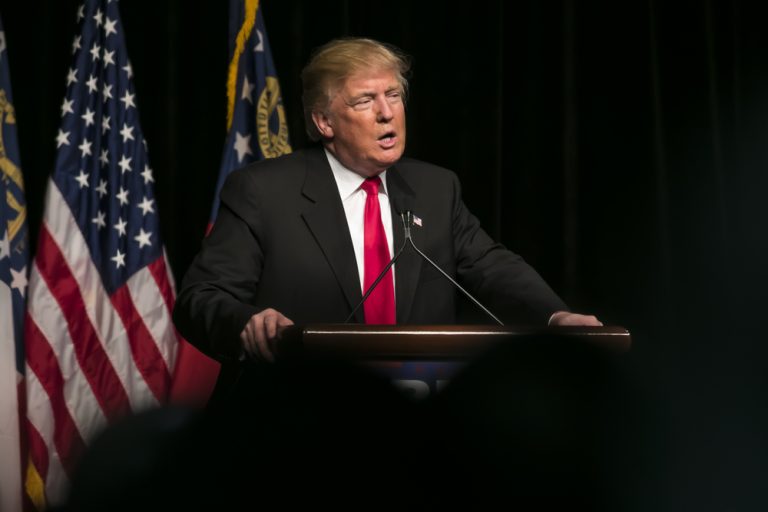 The latest story is that the FBI decided to raid Trump’s Mar-a-Lago because he had documents involving nuclear weapons.

Really? This guy supposedly had nuclear secrets and they waited 18 months to raid his home? Did they find aerial footage that he was building nuclear weapons at Mar-a-Lago and selling them to Russia?

This is ridiculous and I don’t know how anyone buys this nonsense. There is something seriously wrong with every piece of this story and there are a ton of questions that both sides should be asking, whether you personally like Donald Trump or not.

“My attorneys and representatives were cooperating fully, and very good relationships had been established,” Trump posted. “The government could have had whatever they wanted, if we had it.”

“They asked us to put an additional lock on a certain area – DONE!” He continued. “Everything was fine, better than that of most previous Presidents, and then, out of nowhere and with no warning, Mar-a-Lago was raided, at 6:30 in the morning, by VERY large numbers of agents, and even ‘safecrackers.’”

Trump also noted that he “Just learned that agents went through the First Lady’s closets and rummaged through her clothing and personal items.” Was she keeping nuclear secrets in her underwear drawer?

There’s no word on if they ever found what they were allegedly looking for. They did take several boxes but if these nuclear secrets were in those boxes we don’t know.

There was a proper process to go through and that was subpoenaing him where he would have been forced to turn over the documents. But they didn’t do that.

It is also important to note here that every President does this. After every President leaves office, there is a dispute over what is theirs and what is the property of the federal government. The Clinton’s “stole” tons of stuff from the White House that they were later required to give back. Obama “stole” 30 million documents and stored them in a warehouse that he was later required to give back. This isn’t a new issue that only applies to Donald Trump, but the media doesn’t want to tell you that part.

We don’t know if the FBI showed Trump’s attorney the warrant or not. Some reports claim that they were shown the warrant in advance and others say they left the warrant after the search.

Trump’s lawyer also claims that she was not allowed to witness the search which is a completely reasonable and legal request. The FBI also ordered that the cameras be turned off. Why? Why the secrecy if you aren’t doing anything wrong?

The FBI showed up to the house with 3 federal attorney’s which Judicial Watch President Tom Fitton called “highly unusual”.

The other question I have with this is what exactly did the warrant say? You can’t just get a warrant because someone might be doing something. You have to have a specific reason to search someone’s property. The warrant needs to be very specific and needs to state what specific things they are looking for and where that item may be. Did the warrant mention that they are coming in with safebreakers because they think that the nuclear secret documents were in there? Did the warrant allow them to search the entire property, including Melania’s clothes and personal things?

The other interesting thing is that the Attorney General doesn’t comment on on going investigations, according to AG Merrick Garland on Thursday during his press conference, and yet just hours later it was leaked to the Washington Post why they claim they decided to raid Mar-a-Lago. So which is? We do comment on on-going investigations or we do?

Of course the left took to social media and claimed that Trump is freaking out tonight over the release of this warrant. Trump took to his social media platform, Truth Social, Thursday night and said that “Not only will I not oppose the release of documents related to the unAmerican, unwarranted, and unnecessary raid and break-in of my home in Palm Beach, Florida, Mar-a-Lago, I am going a step further by ENCOURAGING the immediate release of those documents, even through they have been drawn up by radical left Democrats and possible future political opponents, who have a strong and powerful vested interest in attacking me…”. Doesn’t sound like a man who is freaking out over the release of the documents.

We are still waiting for those documents. One of the things that we are expecting to be redacted is the name of whoever tipped off the FBI that he may have these documents that led to the search. I have feeling that a lot more will be redacted.

More questions that need to be asked

There are a few questions that need to be asked here. Why did they wait to just about 90 days before the midterms to raid Trump’s home if he stole secret nuclear documents from the White House in January 2021? The FBI has a policy not to take actions that appear to be politically motivated within 90 days of an election, but does doing it the day before that 90 day window make it less suspicious?

Where was the raid when Hillary’s team cut “top secret” off of the top of documents and then sent them to her where she kept them on her private server? Some of these documents were even beyond top secret.

Why should we trust the FBI now when they altered an email from the CIA, to frame Carter Paige, to come up with a fake Russian collusion narrative, to justify spying on a Presidential candidate (Donald Trump) who was a private citizen at the time? And yes, if you are one of these people insisting “that didn’t happen. This is just a right wing talking point” it did happen, which the DOJ admitted and one of the guys responsible pleaded guility in 2020.

If they have something they need to release it immediately and be fully transparent. I don’t think the American people are going to stand for this if this was just a fishing expedition to try to get something on Trump, and that’s what it appears like. If they had credible evidence that justifies this raid that needs to be released immediately.

The raid on Trump’s home really opened a door that I don’t think we will be able to shut now. We have now become a country that intentionally targets certain people based off of which side of the political isle they are on, while ignoring countless crimes of their side and of those in power.

It is very likely that the GOP will at least take the House and possibly the Senate in 2022. The House controls that power of the purse so that’s all it would take. They need to shut down the entire government if that’s what it takes to clean these departments up. They need to gut the departments like the FBI and IRS. They need to be serious and actually do something, other than an “investigation” that leads to no where.

Americans have every right to be pissed with everything going on with our government. They are out of control. But the worst thing that you can do right now is to get violent. That’s what they want. They want to push you to the breaking point so that you violently lash out. If that happens you will see the hammer come down and we could very easily turn into a police state.

The best thing that you can do right now is to wake people up, and get out and vote in overwhelming numbers. No, I don’t believe our elections are 100% fair, but that’s why we need to show up in such numbers that overwhelms any scheme that the other side tries. Support candidates that are serious about exposing the corruption in departments like the FBI. Support candidates that are going to put these people in check.

Subscribe to my free newsletter below. This email goes out every Wednesday and Friday afternoon and includes my latest articles as well as several other important stories that I think you should know about.