Kyle Rittenhouse Found ‘Not Guility’ and Should Sue for Slander 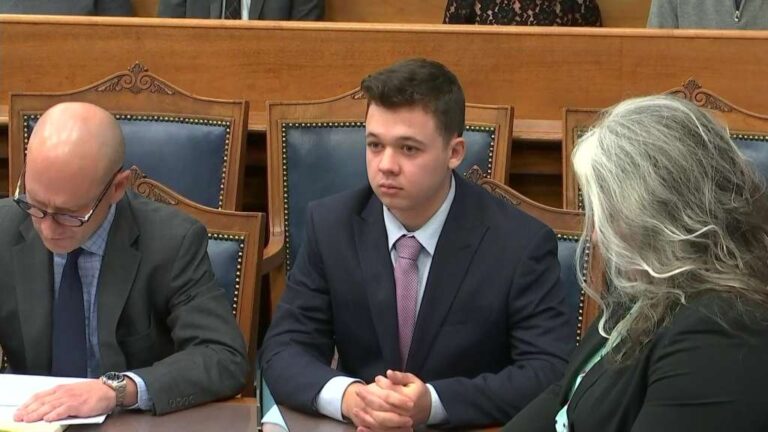 Yesterday, after four days of deliberations, the verdict is in for Kyle Rittenhouse and he was found ‘Not guilty’ on all 5 counts.

Count 1: First degree reckless homicide: If found guility, Kyle could have faced up to 60 years in prison and an additional five years for using a dangerous weapon.

To convict, the jury would have had to prove that Kyle had “utter disregard for human life” which the facts of the case say otherwise. Kyle did not go in and just start randomly shooting at people and only defended himself when he was being attacked. Joseph Rosenbaum chased Kyle Rittenhouse into a used car lot and then lunged for his gun.

Count 2: First Degree Recklessly Endangering Safety: If found guility, this felony charge comes with a a fine of up to $25,000 and up to 12 1/2 years in prison, with an additional 5 years for use of a deadly weapon.

The accusation surrounding this charge was that Kyle endangered videographer McGinnis, who was directly behind Rosenbaum when Kyle shot him. McGinnis however backed up Kyle’s story of his life being put in danger by Joseph Rosenbaum.

Count 3: First Degree recklessly endangering safety: Like charge 2, this charge also comes with a fine of up to $25,000 and 12 1/2 years in prison. Kyle’s shots at Rosenbaum appear to miss him.

Count 4: First degree intentional homicide: This is the most serious charge and comes with up to 60 years in prison. Like with the first charge, jurors would have to prove that Kyle Rittenhouse had “utter disregard for human life” and that he intended to murder Anthony Huber, who was shot and killed.

Kyle acted in self defense when Anthony Huber started beating him with his skateboard.

Count 5: Attempted first degree intentional homicide: This charge carries a maximum sentence of up to 60 years in prison with an additional 5 again for the use of a deadly weapon.

This charge stems from Kyle shooting and injuring Gaige Grosskreutz who lost part of his arm. The video shows that Gaige advanced at Kyle with a firearm and that Kyle once again acted in self defense. Grosskreutz even admitted that Kyle only shot at him when he pointed his firearm at Kyle.

On Friday, after four days of deliberations, the verdict came back “Not Guility” on all 5 counts.

There are criticisms that can be made of Kyle. If I was his parent, I would be furious that my 17 year old son went to a city that rioters were burning to the ground, even if his intention was to help clean up graffiti, which is the reason that he claims to have gone. What the jury has found though is that Kyle went to Kenosha, not with the intent to just randomly start shooting people and the intent to commit murder, but that he defended himself when he was attacked by multiple rioters and only shot at people that were attacking him. Kyle did not walk into the crowd and randomly start shooting people. Kyle also didn’t shoot people that were coming after him but stopped when they noticed that he was raising his firearm in self defense.

Kyle wasn’t the only one on trial. Every single law abiding gun owner was as well and I’m glad to see that justice finally won. The jury decided to uphold the second amendment and say that law abiding gun owners do have a right to defend themselves when their life is under attack.

There is another issue here and that is the outrageous claims coming from so many in the media, who determined that Kyle was a mass murderer and that he intended to murder people, before any of the facts came out. They smeared his reputation. He was called a white supremacist who wanted to kill black people (although both of the people that he shot and killed were white). The media and many on the left have trashed his reputation for over a year. I hope he sues every single “news” outlet and person for slander that pushed these outrageous claims.

Those claims have even come from members of congress.

Also important to note that yes, he did drive across state lines but he lives very close to the state border. He also works in Kenosha as a lifeguard. His dad also lives in Kenosha. So many are making it seem like Kyle just went in to a random city to intentionally murder black people, and all of the claims are completely ridiculous.

The same day that Ayanna Pressley tweeted that, Representative Gwen Moore also made a similar statement and also accused Kyle of being a white supremacist.

We’ve also heard claims that the judge in the Rittenhouse case was a “racist” and that he was willing to “defend white supremacy”.

Since day one, these are the kinds of claims that so many in the media and even elected officials made about Kyle Rittenhouse. I hope he sues every single one of them.

I’m happy there are people like Sarah Beth Burwick, a former progressive who are now admitting that they were wrong and are urging people to start questioning everything they hear from the media.