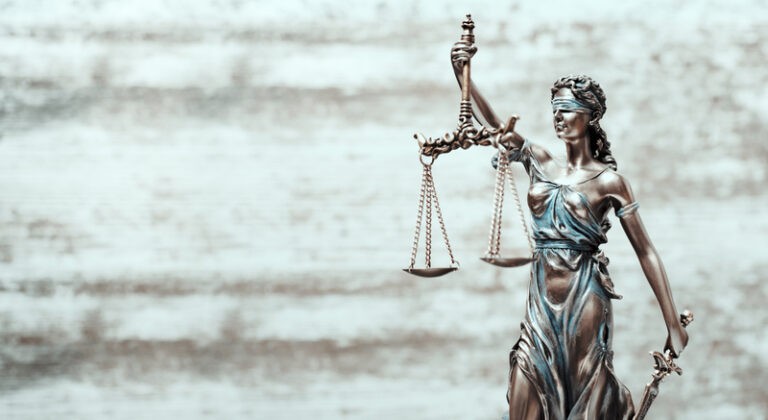 This was a really sad week for the country. Not because I personally believe Derrick Chauvin is innocent or guilty. There is a lot that you can criticize in the way that he handled things. But because we discovered that justice is no longer blind, but dead. Justice has now been succeeded by the mob. This week we discovered that the mob is now in charge of determining who is innocent and guilty. We discovered that if the mob threatens to destroy the city if they don’t get the exact outcome that they want, an outcome that they have decided without looking at any of the facts, and if they threaten to dox journalists, they can influence the decision of the jurors.

Sadly, the verdict was already “guilty” before the jury decided on it. The mob decided that Chauvin was guilty and they would have accepted nothing less then the verdict that they already decided on, regardless of any of the facts of the case. The mob decided that someone was innocent and someone else was guilty based on the color of the skin of each person, and people like Speaker of the House Nancy Pelosi are going as far as comparing Floyd to Martin Luther King Jr, and praising him for sacrificing his life for justice.

It’s hard to argue that circumstances didn’t influence the decision of the jurors. I’m not saying that the jury was influenced because they were bad people. But if you were on this jury and you were undecided and you knew that the city was going to be on fire for weeks and dozens of people could end up dead because of it, wouldn’t that influence your decision at least a little? That’s not the way it should work but it does because we are human and flawed.

No matter what the facts of the case are and which way it turned out, the mob would have and did riot. Moments after the decision was announced that Chauvin was guilty on all three counts, the mob surrounded a semi truck and tried to smash the windows. Moments have the verdict was announced the mob was seen shouting out the national guard. It’s still not enough for the mob.

They aren’t even happy about the verdict because it’s not enough, it won’t be enough until all white men pay. That’s why Alexandria Ocasio Cortez stated that we shouldn’t use this as a sign of the justice system working. MSNBC commentator Jason Johnson echoed those claims and claimed that this verdict is only a “nominal degree of justice for black men” and then proceeds to claim that he’s worried about what’s going to happen in the trial over Brianna Taylor’s case and others. According to Johnson “This is not the justice system working, it’s a cultural makeup call”.

It’s not about the facts of this case, it’s about the collective. The mob believes that black men have been wronged by white men, and there are many times when they were, so that the white man as a collective must pay for these crimes.

And what’s next? If they see that they are able to influence decisions based on violence now and are still not satisfied and are still claiming that it’s not justice, how much worse will the violence get so that they can bring what they view as true justice? Is all out war the next step?

Lady Justice wears a blindfold for a reason. So that she can judge based on facts and evidence, regardless of the person’s race, gender, or position. That is now gone.

There’s a good chance that this isn’t over and then chaos will break out again. The judge has even claimed that there’s a chance that it may be overturned because of political interference. If this case is overturned because new evidence is presented or evidence that the decision was influenced based on circumstances created by the mob, Minneapolis will be burned to the ground because it’s not about justice it’s about revenge.

Mob rule goes far beyond this case. Major corporations are caving to mob rule so that they aren’t canceled by the mob. Even the Supreme Court has admitted that they didn’t hear the case regarding the legitimacy of the election, because they feared the chaos that would break out. This is the state of the country that we are now living and it’s going to get much worse.

I don’t know if we survive as a nation, now that lady justice is dead and the mob is in charge. We won’t survive if we continue down this path and it looks like we will.