January 6th and the Coming War of Terror 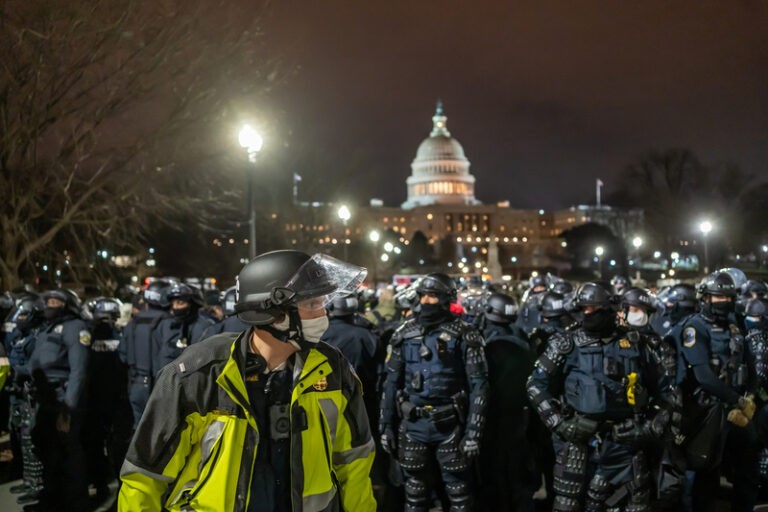 The terror bulletin warned about “individuals frustrated with the exercise of governmental authority and the presidential transition, as well as perceived grievances and ideological causes fueled by false narratives.” Basically any Conservative who doesn’t just blindly follow the narrative of the corporate media could get landed on a terrorist watch list.

It would be different if DHS had evidence of a planned attack but they don’t. In the bulletin they even admitted that “DHS does not have any information to indicate a specific, credible plot.” So how do they issue a terror warning without any credible information?

In gets worse. This bulletin was issued in January and was set to expire at the end of April. But despite having no evidence of a planned attack, and zero “right-wing extremist” attacks for the duration of that warning, they have now extended the original warning through August and are still refusing to provide any information as to why the need for this terror bulletin.

There are several questions that need to be answered by our government.

I don’t know anyone who supports what happened at the Capitol on January 6th. Those who participated in that riot need to be charged for their crimes. But do they really deserve to be held in isolated confinement and treated like prisoners in Gitmo? One of those people who has been arrested for the riot, despite not even being charged with a crime yet, wrote a letter to his father claiming that he has been held in solitary confinement for 100 days now. One of the accused lawyers has claimed that is is “impossible to have a free-flowing conversation with your clients”, that the meetings are held in open cages where everyone can hear the conversations, and that the detainee needs to quarantine for 14 days after meeting with their lawyers as “retaliation”. One detainee has claimed that he was zip-tied and beaten by the prison guards.

I’m glad that there is at least one Democrat Senator willing to speak out against this treatment. Elizabeth Warren recently stated that “Solitary confinement is a form of punishment that is cruel and psychologically damaging, and we’re talking about people who haven’t been convicted of anything yet.” I don’t get to say this very often but Elizabeth Warren is right. These people are being treated like terrorists and yet haven’t even been charged.

We also had a federal prosecutor leave his post after claiming on 60 minutes that they want “shock and awe” and to “whip the media into a frenzy” and to scare people from coming into DC. It’s not only the people that actually committed a crime on January 6th that they are trying to scare, it’s everyone who attended the rally, despite a vast majority of people peacefully protesting.

They are trying to intimidate any Conservative from even exercising their first amendment rights and peacefully protesting against their government.

2. Why is the government hoarding over 14,000 hours of CCTV footage from January 6th?

3. Why is the government refusing transparency over these “domestic terrorism” threats?

Despite the DHS admitting that there is no credible evidence of any right-wing extremist threat, they issued this terrorism bulletin. The House also recently passed a bill that provides $200 million for a “Quick Reaction Force” and could make the DC Guard permanent. The House hasn’t provided any justification for why this guard needs to remain there permanently. The only justification that we got was from the US Postal Service which is now spying on the social media accounts of Conservatives.

Judicial Watch has now sued the Pentagon and U.S. Park Police for information and deployment and warnings about January 6th, but the government has refused every request. Why? Why is the government trying so hard to keep this information secret? Don’t we have a Constitutional right to petition the U.S. Government?

4. Why are they giving the illusion that right-wing terror is on the rise?

Things are going to get a lot worse and they will continue to target anyone that they can lump in with those who attacked the Capitol. They are even going as far as to spy on anyone who was in DC on January 6th, even those who protested peacefully at the Capitol or were even just in the area.

Recently, despite repeated violations of privacy rules, FISA has now approved the FBI’s use of warrantless surveillance power. This court gave the FBI access to the private communications of Americans without any justification.

DHS is now planning to partner with private tech firms to monitor “extremist chatter” online. What makes someone an “extremists”? We don’t really have a set definition for that.

The government is now ignoring the Constitution and going as far as to harass anyone who holds any Conservative views, whether they have committed a crime or not. We are becoming China very quickly and if we don’t wake up soon, we will.