Is Trump Hellbent on Getting Us Into War With Iran or is He Trying to Keep Us Out of One? 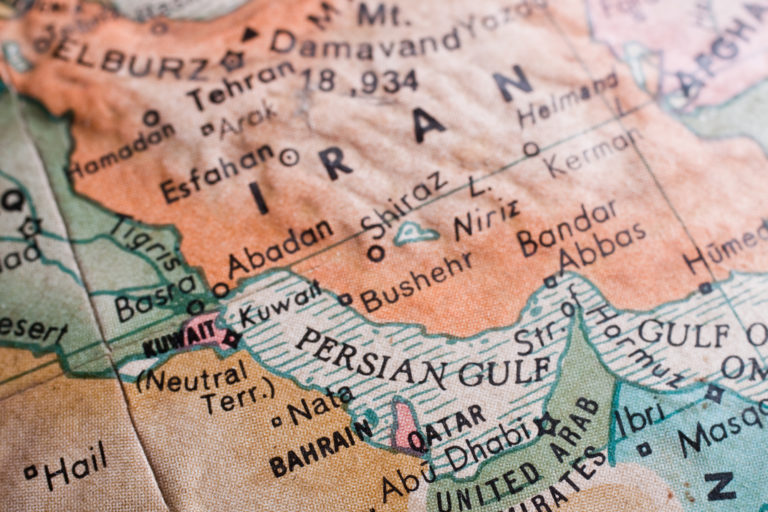 Two weeks ago, President Donald Trump gave the order to kill Iranian General Qasem Soleimani. Immediately after, all that was on the minds of people was is this what is going to kick off a major war with Iran and possibly World War III. Was this attack justified or was this what many on the left are calling an “assassination” of a world leader, that will needlessly get us into war with Iran? Was this just a distraction from Trump’s impeachment?

I’m not going to predict whether this is the trigger that will kick off WWIII because the truth is that no one knows. It looks like, at least for now, that Trump’s tough rhetoric on Iran and the killing of one of their top leaders could be what the United States needed to put Iran in their place. Does it eventually escalate into something major? Maybe. Does it mean that it wasn’t the right thing to do, even if we end up going to war with Iran? No. Soleimani was an extremely evil guy who has killed thousands of people around the world and he needed to be taken out. I could argue that this was a bigger kill then even the death of Osama Bin Laden back in 2011.

Everyone can agree that Bin Laden was a really bad guy that needed to be killed, but very few know the name Qasem Soleimani. Soleimani was commander of the Islamic Revolutionary Guard Corps (IRGC) Quds Force. Basically the Quds force is a division within their military, which was created during the Iran/Iraq war in the 1980’s, but still plays a very big part in Iran’s military today. The Quds force isn’t just in the Middle East either. They have a heavy presence around the world, including Africa and even South America.

Earlier this month Soleimani, along with Abu Mahdi al-Mohandes, was killed in an airstrike in Baghdad, Iraq. Al-Mohandes is another extremely evil guy who was the deputy commander of Iran-backed militias known as the Popular Mobilization Forces (PMF). Both of these terrorists were meeting in Baghdad to finalize plans to attack U.S. targets in Syria and Lebanon.

We have been following Soleimani for awhile, but back in May of 2019, the White House told the Pentagon that they want to know where Soleimani is 24/7. So what changed? Why did Soleimani go from just a guy that they were watching to top priority suddenly?

On April 23rd 2019, one of the main intel guys for the Islamic Revolutionary Guard Corps (IRGC) which Soleimani was a general in, along with 6 other guys, defected to one of our embassies. This intel guy brought us tons of classified documents, in exchange for amnesty. Most of what was handed over is classified for national security reasons so it’ll likely be awhile until we know what exactly was handed over. What we do know is that Soleimani was receiving $1 billion per month and was making plans for future attacks, both in the Middle East and around the world.

Imagine what $1 billion per month could do. To put that in perspective, Osama Bin Laden’s networth was only $50 million. Soleimani had funding that Al Qaeda could only dream of having. Imagine how much more dangerous Al Qaeda would have been if they had a very powerful State behind them.

Soleimani wasn’t just in the planning stages of caring out a future attack. He has already committed several terrorist attacks around the world and even an attempted assassination on a Saudi Ambassador in Washington D.C.

One week before this strike that killed both Soleimani and Mohandes, a U.S. civilian contractor was killed in a rocket attack on an Iraqi military base near Kirkuk.

And unlike Obama, President Trump didn’t send $1.7 billion in unmarked bills to relieve a state sponsor of terrorism from the sanctions that were placed on them, because of their support for terrorism.

President Trump taking out a terrorist who has killed hundreds of Americans and was continuing to plan out more attacks on U.S. interests apparently doesn’t deserve any credit. The left can’t let go of their “orange man bad” motto for one day to celebrate that a terrorist is dead. Something that we should all be able to come together on, we did after Osama Bin Laden was killed, now seems to divide us even more.

Speaker of the House Nancy Pelosi was quick to condemn the President’s response to taking out this lunatic. “American leaders highest priority is to protect American lives and interests. But we cannot put the lives of American service members, diplomats and others further at risk by engaging in proactive and disproportionate actions.” What exactly should the response be to a madman who has killed hundreds of Americans in Iraq and thousands of others people. I would think that the deaths of hundreds of Americans, including the U.S. contractor a few weeks ago and the 4 Americans killed in the Benghazi attack in 2012 would be pretty provocative. What about the imminent attacks on U.S. forces in Syria and Lebanon? What about Iran bombing our oil tankers in the Strait of Hormuz a few months ago? What about bombing Saudi Arabia’s oil infrastructure?  What about him being the mastermind behind the attempted assassination of a Saudi Ambassador in Washington D.C.? That attack was scheduled to take place at the Watergate hotel in Washington D.C. which would have killed over one hundred people. What else needs to happen before a response is justified?

And let’s not forget about the other terrorist that was also killed in this strike. Albu Mahdi Al-Muhandis. A little bit about Muhandis’ long career: He was the head of Hezbollah (a terrorist group funded by Iran) in Iraq. He was listed as a US designated terrorist. He was convicted, and sentenced to death in Absentia, for attacks on the U.S. and French embassies in Kuwait that killed 5 people.

Can we not come together for one day and celebrate that two terrorists, who have killed hundreds of Americans, are finally dead? Do we have to be outraged every day of the year over everything? I should say fake outrage because the same people who accusing Trump of abusing his power were the same people who didn’t say a damn thing during the thousands of bombs and missiles that President Obama dropped on 7 countries, so please spare me the fake outrage.

This wasn’t a reckless act by a President who is hellbent on getting us into WWIII. If anything, these were the actions of a President who is trying to keep us out of war with Iran, because Iran now knows that we no longer have a President who is going to allow other countries to treat us like a doormat. The recklessness was done by Obama by letting him get away with this for so long.

I don’t agree with Trump on everything, both foreign and domestic, but in this situation he made the right call. Taking out a terrorist leader, that you could argue was more dangerous then even Osama Bin Laden, was the most presidential thing that a President could have done.

Soleimani’s death is a really good thing for the world and that should be something that all Americans can come together on. President Trump isn’t the one that is trying to start a war. Iran has been at war with us since 1979 and all that we have been doing is acting like a doormat for them. Maybe it’s time that we actually stand up for ourselves. Maybe it’s time to give Peace Through Strength a try again.