Is it Time for a National Divorce? 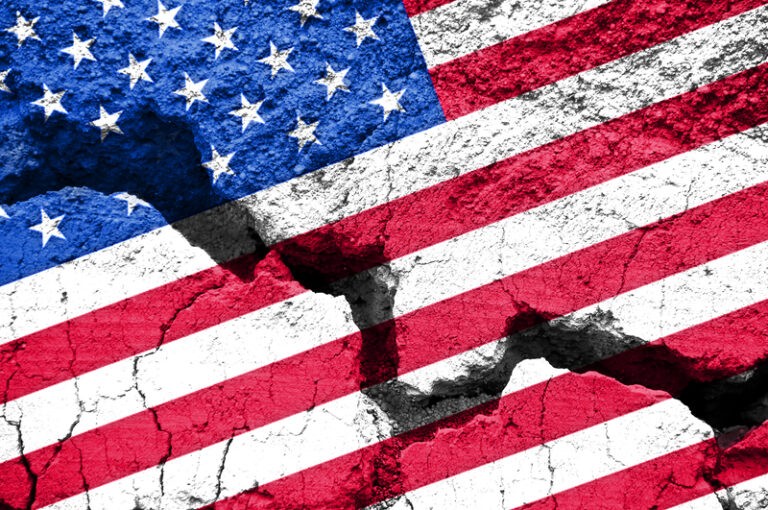 We use to have principles such as the Declaration of Independence and the Bill of Rights that we were able to unite on. We may be on different sides of the political isle but there were still basic principles that we were able to come together on. But do we still have any common principles? Are there things that we can still unite on or is a national divorce inevitable if there’s not?

In 2017, the University of Pennsylvania’s Annenberg Public Policy Center (APPC) did a poll asking people questions like what rights are found in the Bill of Rights and what are the three branches of government. 37% of those who answered, could not name a single one of the five rights found in the first amendment. Just 48% could name Freedom of speech. 33% of people were unable to name a single one of the three branches of government. How can we unite on basic principles when we have no idea what those basic principles even are? And if it’s not the Bill of Rights, what else are we united on?

Right now I would answer nothing. We have no uniting principles. We can’t unite on the Bill of Rights when half of people don’t even know that Freedom of Speech is a first amendment issue and that more than a third of people can’t name a single right in the first amendment. We can’t unite on culture because many on one side of the isle are trying to erase or “reimagine” history and claims that the Founding Fathers were all racist, despite solid evidence to the contrary. We can’t unite on freedom, because a large portion on one side of the isle wants to take away freedom to those who think that they should get to choose what kind of a drug they put into their bodies. We can’t unite when one side tries to silence the other side for disagreeing with them. We are even living in a time where you are supposedly part of a “cult” for supporting someone that the other side doesn’t support.

In October 2021, a new poll was released showing that we are more divided then perhaps anytime since the civil war. But unlike the Civil War, we don’t have a Mason-Dixon Line that divides us, we have political ideologies that divide us. Now we have significant numbers of people on both sides of the isle that want the other side of the isle to secede. The poll found that 41% of Biden supporters and 52% of Trump supporters believe that it is time for the other side to secede. More than two thirds of people also believe that the party in power should be able to take more power in dealing with people from the other side that they deem to be “dangerous”. How do you keep a country together when half of each side believe the other side should secede? How you do come together when two thirds of people believe that it is justified for the side in power to take more power above what the Constitution provides them in dealing with anyone they deem to be “dangerous”?

With the path we are on, secession is almost inevitable. Whether that is actually dividing the United States up into two or more countries or half of the states just declaring that we aren’t going to take orders from whoever the President is at the time if they are on the other side of the isle. The only way that we are ever going to be able to reunite is if we can find principles to unite on, and that doesn’t look like it’s going to happen any time soon. Without that, there is no chance of keeping this country together. And I’m not saying that because I would be excited to see this country break up into multiple countries, but that is inevitable if we don’t find a way to unite with the other side.

With society moving more and more towards bigger and bigger government. We as individuals need to start finding ways to peacefully fight back.

2. If you are against vaccine mandates, start standing up for your rights. If enough people stand up, they will cave. Even if you are vaccinated but don’t feel like people should be forced to get vaccinated, stand up for the rights of those who aren’t vaccinated.

3. We need to build a parallel economy. We need to stop funding the very companies that are doing everything they can to fight against our values. (Visit my website Mikulawire.com and click on the Resources tab at the top for the list of alternative companies that you can support). Fight back with your dollar by spending your dollars at companies that hold your values and that haven’t gone woke.

Subscribe to my free newsletter below so that you never miss a story.