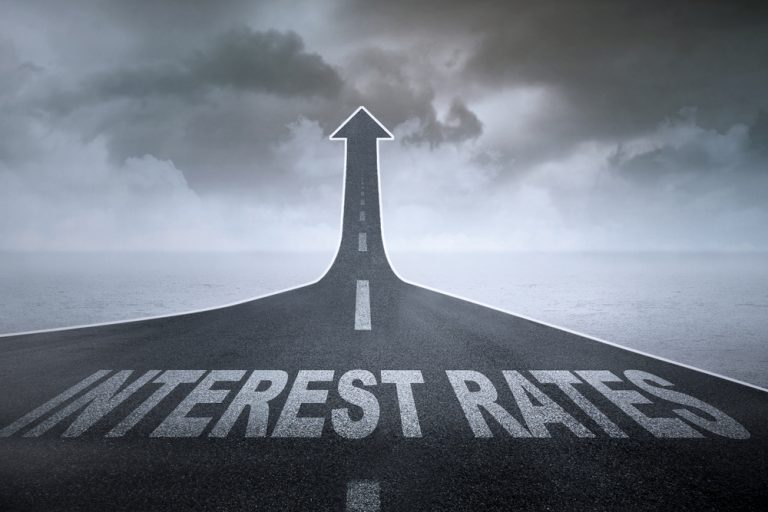 This week the Fed is expected to increase rates by another .75, bringing the current target to 3.0-3.25. But this is likely only the beginning of rate increases if we look historically at what interest rates would need to be to bring down inflation. So far interest rate hikes have had little effect on bringing down inflation, and sticky inflation (includes children’s clothing, auto repair costs, motor insurance, medical care goods, public transportation, communication and rent) continues to rise.

The goalposts have constantly moved for interest rates as well. First interest rates won’t begin to rise until 2023-2024. They started raising rates in 2022. Then rates will increase through the end of 2022 but will likely start to be cut beginning in early 2023. Now talk is starting that there may not be any cuts until 2024.

There is a possibility that a massive economic collapse could bring down inflation (and a collapse larger than 2008 is definitely possible) but short of that we are looking at a very long time that we will be dealing with this inflation issue, which means interest rates will have to be raised throughout 2023. Even with a recession and a decrease in inflation, that doesn’t mean we are out of the woods with inflation. Judging by historical data, the calls of even a 5% rate is likely not going to be enough to get inflation anywhere close to the Fed’s 2% target.

Historically interest rates have had to rise above the inflation rate before we see inflation begin to cool off significantly and even then it could take years and the economy falling into a recession. In some cases, even when inflation begins to cool but if rates weren’t raised enough, we could see a resurgence in inflation that ends up higher than it initially was.

Take 1970s for example. People talk about the “Carter years”. But high inflation didn’t just start under Carter. It was a decade long problem.

But that wasn’t the end of the inflation issue in the 1970s. By January 1977 it was beginning to rise again and ended up hitting 14.7% in spring 1980. It wasn’t for another 3 years until inflation dropped below 3%.

Now we are being told that interest rates may need to rise to 5% before we can start cutting rates. But history shows that if you don’t raise rates enough, and you cut rates too soon, inflation may cool down for a short time but will come back and be even worse. Assuming that the current 8% inflation rate is correct (the real rate is actually 16% if we calculated inflation like we did pre 1982) we would need to raise interest rates to at least 8% to see any long term significant decrease in inflation and likely higher.

No one knows what the future is going to hold but if we use history as a judge high inflation and high interest rates are likely going to be around for most of the decade and both are likely to get even worse.

The Fed wants to give this feeling like the economy is only going to cool off and that there’s going to be a “soft landing” and that a recession isn’t guaranteed and is unlikely. But when have we’ve ever seen that? And does the constantly changing goalposts and wrong predictions over the last two years give anyone confidence that they are capable of steering this ship away from the cliff just in time before we go over?