Inside the Shocking 2017 Document That Predicted COVID Outbreak 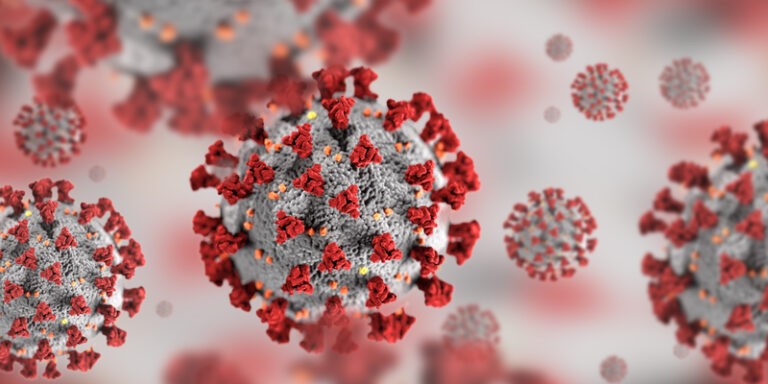 Did John Hopkins Center for Health Security predict the COVID outbreak back in 2017? I read through this entire document and it was creepy how accurately it appears to have predicted, not only that there would be a global pandemic, because that was just common sense that at some point there would be a global pandemic again, but the response to that pandemic and even the “conspiracy theories” that would result from the governments response to the pandemic. It even mentions specific tribes and countries that would be skeptical of the vaccine.

Before I get in to their predictions I want to set the stage for this futuristic pandemic that they write about. The document is called “The Spars Pandemic 2025-2028: A Futuristic Scenario for Public Health Risk Communicators” which you can still find on their website https://www.centerforhealthsecurity.org/our-work/Center-projects/completed-projects/spars-pandemic-scenario.html. It describes an event similar to COVID where there’s a global pandemic, people start dying from symptoms that were similar to the flu but then tests came back negative for the flu.

The really creepy part of this document is how closely they predicted the reactions to the virus and the response.

Spars not as Dangerous as originally thought

With SPARS, agency officials enlisted the help of well known celebrities, scientists and others to make short videos supporting the vaccine. If you have been on social media at all these past few months, daily we see celebrities showing their vaccination cards, trying to get you to take this COVID “vaccine”. I use “vaccine” lightly, because it’s not actually a vaccine, but no one cares to mention that.

We also have this video with celebrities such as Jennifer Lopez and Robert De Niro pushing this new Well Health Seal that you will soon be seeing and you can watch that full video here: https://www.youtube.com/watch?v=BHCA-ArBjfs. In a future article I am going to get in to what this new Well Health Seal means but for now I am only going to make the comparison between what John Hopkins predicted and the reality with COVID.

Anger Over How Vaccine is Being Administered

With SPARS there was anger over how the vaccine was being administered. This anger particularly focused on the “lack of access to primary care” and that this lack of access could result in unequal access to the drug.

This claim is almost exactly what is out of the news with this new COVID “vaccine”. We are now told that if you are a minority, you may not have equal access to the vaccine and that we should prioritize giving the vaccine to minorities because they have an unfair disadvantage and they are dying at a higher rate, according to VOX (https://www.vox.com/future-perfect/2020/10/2/21493933/covid-19-vaccine-black-latino-priority-access) and others. Of course this virus does not see skin color and there are many reason why minorities as a whole are harder hit then whites, such as eating habits and living in a city where any type of virus will spread much quicker than someone who lives out in the country.

Minorites Are Skeptical About Taking Vaccine

Like with SPARs, minorities are skeptical of taking the COVID vaccine due to medical mistreatment in the past. The Chicago Sun Times cites Tuskegee syphilis research experiments as the reason that minorities are more hesitant to take this vaccine for COVID than non minorities. https://chicago.suntimes.com/coronavirus/2020/11/29/21725597/black-brown-communities-should-get-first-dibs-on-coronavirus-vaccine-minority-leaders-say

This similarities between SPARS and COVID go on and on for 70 pages. It gets into what they call “conspiracy theories” about the virus escaping from a lab. Despite the corporate media initially calling the claims that COVID escaped from a biochemical lab in Wuhan a “conspiracy theory”, all evidence points to this being true. Even a former Director of the CDC has claimed this recently. Like COVID, SPARs also originated in Asia.

The one thing we haven’t seen yet is the neurological side effects from taking the vaccine which showed up about a year after taking the SPARS vaccine. We are now seeing reports of different vaccines being suspended in different countries because of blood clots and other side effects. With SPARS, those that took the vaccine, particularly those with other medical conditions, developed side effects such as blurred vision, headaches and numbness in different parts of their body.

Make with this what you will. When reading this document I found it extremely creepy how John Hopkins was able to predict almost exactly the response to the virus and we followed the exact same timeline as with this futuristic SPARS pandemic.

You need to know the potential risks for taking a drug that has not been tested enough and has not been FDA approved. If you want to take it knowing the risks then that is your choice. I have decided that I am not going to take this vaccine at least for a few years to see if those that have taken it have developed side effects from it and that is my choice. It’s really unethical what the media is doing and the important information that they are intentionally ignoring. This is why you really need to start taking the time to do your own research and draw your own conclusions.

To see future stories that the corporate media ignores, subscribe to our free newsletter.

Book Recommendation for May: Faucian Bargain by Steve Deace

A few weeks ago I decided that I was going to start giving monthly book recommendation for books that I have read that I think are really important. Next up is Faucian Bargain by Steve Deace. In this book Deace exposes the highest paid fraud in the federal government and how he has taken both sides of every issue since the beginning of this virus, from one extreme to another. Deace exposes the origin of the claim that this virus is similar to the flu (Hint: It wasn’t Q-anon or anyone on the right) and how credible doctors with differing views of mask mandates, lockdowns, etc. are silenced if they don’t follow the narrative, even if they are claiming what Fauci originally claimed. This is a critical book that you must read so that you are prepared for when those in power try this all again, and they will try it again if they can get away with it.

For more on this topic check out my previous stories here: