How the New Tax Law Actually Affects You 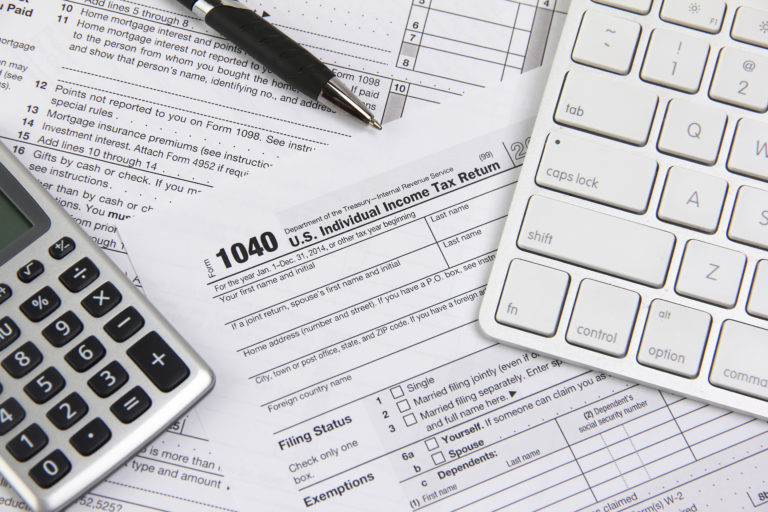 Matthew Yglesias, Co-founder of the left wing site VOX, gives the media credit for that. “Nobody likes to give themselves credit for this kind of messaging success, but progressive groups did a really good job of convincing people that Trump raised their taxes when the facts say a clear majority got a tax cut.” Someone finally admits that the media has been intentionally lying to you.

He’s not the only one who has finally had the courage to admit that many in the media, maybe weren’t totally truthful with you. Two writers from the New York Times, admitted that the media mislead people into thinking that they received a tax increase under the new Republican tax law. In an article called “Face It: You (Probably) Got a Tax Cut”, writers Ben Casselman and Jim Tankersley admit to the media tricking you into believing that you got a tax increase. “To a large degree the gap between perception and reality on the tax cuts appears to flow from a sustained- and misleading- effort by liberal opponents of the law to brand it as a broad middle class tax increase.” “a sustained – and misleading – effort”. In other words they, lied to you. They go on to admit that “That effort began in the fall of 2017, when Republicans prepared to introduce legislation that models by the independent Tax Policy Center predicted could raise taxes on nearly a third of middle-class taxpayers.” They continued to push this despite the fact that the groups models showed “that the revised bill would raise taxes on relatively few in the middle class in the 2018 tax year.” So they falsely peddled something that they knew to be untrue. They tricked a majority of people into believing that they received a tax increase, when a vast majority of people did actually receive a tax cut. Are we able to call this “fake news” yet?

It doesn’t stop there. “After the law went into effect, Democrats played down those estimates and instead highlighted projections that most Americans taxes are set to increase in 2026 after the individual tax cuts in the law are scheduled to expire.” So wait a minute. Your taxes going down are not considered by the left as a tax decrease, but when the tax cut expires in 2026 and your taxes go back up to where they were before the tax cut, that is considered a tax increase and the right is blamed for taxes going up?

Howard Gleckman, a senior fellow at the independent Tax Policy Center states that “the Democrats did a very good job,” when speaking about the media convincing people that they saw a tax increase. He continues with  “They were able to put that into the public perception, and the reality has been unable to break that perception.” Feeling annoyed yet that you were to lied to?

According to Nathan Rigley, an analyst at H&R block, “Most people didn’t recognize the increase in take-home pay, or at least didn’t attribute it to the tax cut….it’s little consolation to discover that you received a couple thousand dollars during the year but you already spent it.” So while you might be receiving slightly less back when you get your refund, it’s actually a really good thing because you paid less taxes throughout the year.

According to the left leaning think tank, Institute on Taxation and Economic Policy, a group which has been critical of the new tax law, discovered in December 2017 that “every income group in every state would pay less on average under the law in 2019.”

Notice how I didn’t quote any “right wing” organizations? I didn’t have to quote Fox News because the left has now pulled the mask off and is openly admitting to you that they have been intentionally lying to you. We now have multiple left wing sites that are admitting that the average American actually received a tax cut, despite the left’s claims over the past two years.

Now you might be thinking what about the SALT (State and Local Taxes) deduction? Surely after you factor in the SALT deduction cut, you end up being a net loser? According to Senior Fellow Howard Gleckman at the Tax Policy Center, “A lot of people who are very angry about the SALT were not thinking about it in the context of the stuff that actually benefited them.” In other words, despite the left’s outcry that cutting the SALT deduction is hurting middle class families, those families still ended up receiving a net decrease in their taxes. A deduction that very few American’s take in the first place.

Is the tax cut the greatest plan in the world? No. I would have loved to see a much bigger and fairer tax cut. I would personally love to see a fair tax or a flat tax, where everyone is taxed at the same rate. But to claim that the rich received a tax cut while the middle class received a tax increase, is dishonest and despicable, coming from so called “journalists”. Claiming that Donald Trump is stealing from the poor and giving it to the rich, like so many on the left have been doing, is an outright lie, and most of them know it.