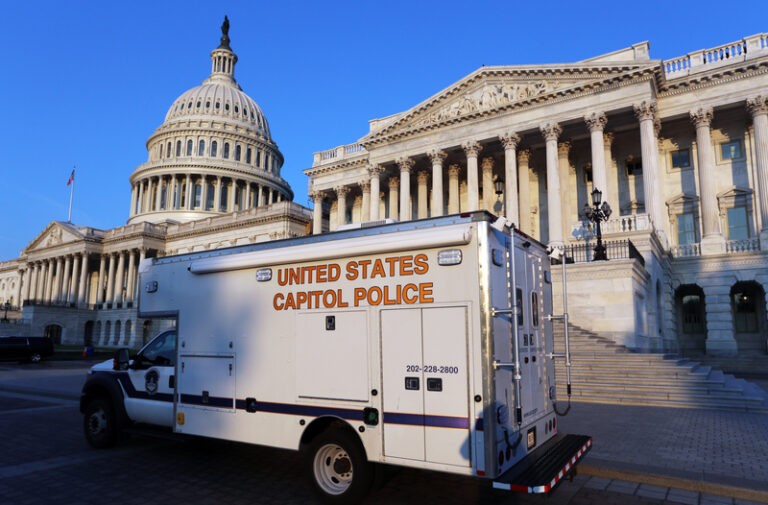 For the last nine months, all we have been hearing about is January 6th, a day when a large group of people met at the US Capitol and a very small percentage of them got out of control. Ever since then, we have repeatedly heard ridiculous narratives coming from the radicals on the Left. The New York Times has compared it to 9/11 and claimed that “The war on terror accustomed white Americans to seeing themselves as counter terrorists. Armed white Americans on the far right could assemble in militias, whether in northern states like Michigan or on the Southern border, and face little in the way of law enforcement reprisal”. MSNBC host Joy Reid likened the US Christian right to the Taliban. And Michael Moore compared Christian Conservatives and the ‘religious nuts’ in America to the Taliban.

I don’t know anyone on the right who legitimately supported what happened on January 6th. A small group of people, likely infiltrated by the FBI just like we saw in Michigan, got out of control and stormed the Capitol. Absolutely every Conservative that I know of has condemned that attack. Yet, we all are insurrectionists? We are all domestic terrorists? Why?

It’s almost like they are trying to distract us from what they are doing. What is the other hand doing while the Left is obsessing over a riot that happened nine months ago?

It is alarming the direction that we are headed as a nation, a direction where I don’t know if we actually survive. Rasmussen conducted a poll on September 8th asking registered voters what are the biggest threats to America. If you love your country, this poll should terrify you.

This should alarm all Americans. These aren’t just some wackjobs on MSNBC making these claims, but sadly it appears to be a majority of Democrats now. And between the media constantly peddling this lie that your Donald Trump supporting neighbor who just wants to make their own decision on whether the vaccine is right for them or not and your own government, including the White House, Pentagon and Department of Homeland Security, pushing this narrative that you are now a domestic terrorist and the biggest threat to America, it’s only going to get worse.

Earlier I mention that you need to start watching the other hand. What is the other hand doing while you are distracted with one event that happened nine months ago? It appears causing a leftist revolution.

Despite, the FBI admitting that they have found zero evidence of coordination, the media continues to push this lie of a planned “insurrection”, an insurrection that I need to add where zero weapons have been uncovered. But yet, these same people ignore the one hundred plus days of leftwing riots in 2020 that resulted in more than two billion dollars worth of damages and evidence that these riots were coordinated.

A report from the Major Cities Chief’s Association Intelligence Commanders Group states that “nearly all agencies (90%) experienced protest events with persons that came to the event from another state.” 29% reported “situations with participants that were paid to partake in the protests”. The report states that “These events had thousands of people in attendance including groups with suspected violent extremist ideologies. “Prepared and coordinated resistance” was reported by some agencies and similar tactics such as the use of arson, looting, barricades, caravans, and specific types of weapons were seen in major cities nationwide. Protestors seemed to coordinated their movements and actions on these days as if the violence and tactics were pre-planned.” Why doesn’t this get the same coverage as January 6th? Why are these “mostly peaceful protests” despite buildings being burnt down, police officers being killed and people being pulled from trucks and beaten to death, but yet January 6th was “the biggest attack on our democracy”, an “insurrection” and “worse than 9/11”?

There are many questions that need to be asked and answered. Where is the Congressional investigation behind the riots in the summer of 2020? Why didn’t President Biden award the congressional Gold Medal to the officers who responded to those riots like he did with the officers who responded to the Capitol riot on January 6th? Why are they spending so much time trying to distract us? What are they trying to hide? Why is the Justice Department refusing to release 14,000 hours of surveillance video, including the bodycam footage from responding officers? Why is the government denning the requests of 14 media outlets to release this footage? Why are they trying to vilify everyone who attended event and even Trump supporters who didn’t attend the event, when a vast majority of attendees remained peaceful and every Conservative that I have heard has denounced the riot and has repeatedly denounced the riot? Why were six Capitol police officers that responded on January 6th recommended for discipline? Why did they drop this news on Saturday September 11th, when no one is paying attention? Why won’t the government release any evidence on why these officers are facing disciplinary action? Why did it take so long to learn the name of the officer who killed Asheli Babbitt, the only person who was killed on that day and yet the second an officer shoots someone in any other case, riots break out and the left demands that action be taken against them, even before any of the facts are released? Why wasn’t his name released immediately like it would have been in any other shooting? Why was the Capitol Police allowed to keep the officers name secret for this long, despite DC law stating that anytime an officer is involved in a shooting the name of the officer and body came footage must be released within 5 days? Why wasn’t Asheli Babbitt’s family not allowed to see and use evidence such as the fact that the police officer that shot her has a history of being irresponsible with his weapon and has repeatedly left his weapon in the Capitol bathroom? Why is her families request for information still being stonewalled by our government? Why are the Capitol police allowed to operate outside of any oversight? Why can we not use the Freedom of Information Act (FOIA) to get any information and why can their inspector general refuse to provide any evidence of anything?

So let’s some it up this way. The Speaker of the House is in charge of the Capitol Police. Outside of the Speaker of the House, there is no oversight of the Capitol Police force. They aren’t an agency therefore the FOIA laws don’t apply to them, so they are able to operate completely in secret and even arrest people that aren’t even at the Capitol. They are basically able to operate like the FBI accept there’s far less oversight. Speaker of the House Nancy Pelosi has been pushing since Day 1 that Trump incited an “insurrection” and has only been releasing evidence that fits that narrative. And there’s absolutely nothing we can do to get the rest of the footage or hold their feet to the fire for anything. Does that sound like the America that you want to live? I don’t care which side of the isle you are on, are you really comfortable with this? Would you be comfortable if we had a Republican Speaker and they were doing this exact same thing?

According to the Encyclopedia of Britannica “During the Soviet-era the KGB’s responsibilities included the protection of the country’s political leadership, the supervision of border troops, and the general surveillance of the population”. Sounds eerily similar to what the Capitol Police are turning into.

All of this should be things that we should be able to come together on. Is the media and the far left wing of the Democrat Party using January 6th as a distraction so we don’t pay attention to what they are doing with the other hand?

All Posts »
PrevPreviousNew FOIA Proves That Dr. Fauci Lied Under Oath
NextWhat Made America Great and the New NormalNext